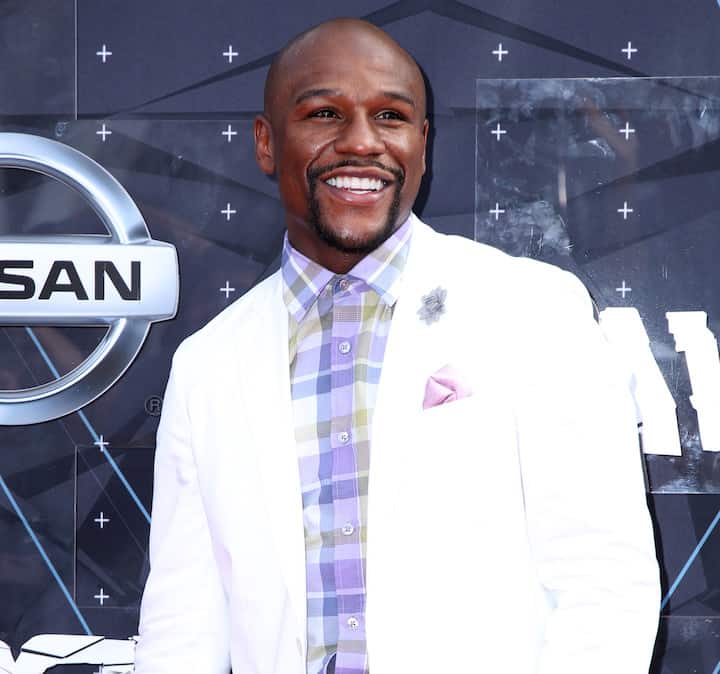 Floyd Mayweather is one of the best world boxers of all time. Even though he retired in August 2017, he remains an influential figure for his fans and many boxing lovers.

Floyd Mayweather Jr. is considered one of the greatest boxers of his era. He was born on February 24, 1977, in Michigan. His father was a welterweight contender, while his uncle is a former IBO super featherweight champion and another uncle, a WBC super lightweight champion.

Beard Bib – Solution For Messy Groomi…
What would happen to a modern-day Mos…
The Book Depository – Trans Mission :…

Floyd grew up training to be a boxer and at the age of 7, he wore his first pair of boxing gloves. He soon took his father’s last name to indicate his desire to follow in his father’s footsteps in boxing.

He won the national Golden Gloves for his fast and precise style in 1993, 1994 and 1996, respectively. In the 1996 Olympic Games in Atlanta, he settled for a bronze medal.

With his father working as both manager and trainer, Floyd won several easy bouts. In 1998, he got the title, WBC super featherweight championship, and in 2005, he got the IBF, IBO, WBC and IBA welterweight titles 2006. He defeated Oscar De La Hoya in 2007 and this earned him the WBC super welterweight crown.

Due to his success, his earnings increased and by 2010, he had become the highest-paid American athlete with more than $60 million per year.

Recently, Mayweather uploaded a photo of himself on Instagram wearing a full head for hair with a full beard, making him look a lot like Marvin Gaye.

Mayweather has been bald for about a decade and most of his fans had already assumed he was bald. His trademark has for some years been the patchy goatee. However, the sudden change in his appearance left fans wondering if he was wearing a toupee and a fake Beard to look younger.

Floyd Mayweather has a new hairline now and his mid-scalp is filled with hair. It is difficult to know if he got a transplant or not. His hair looks natural with perfect hairlines from front scale to the temple lining. 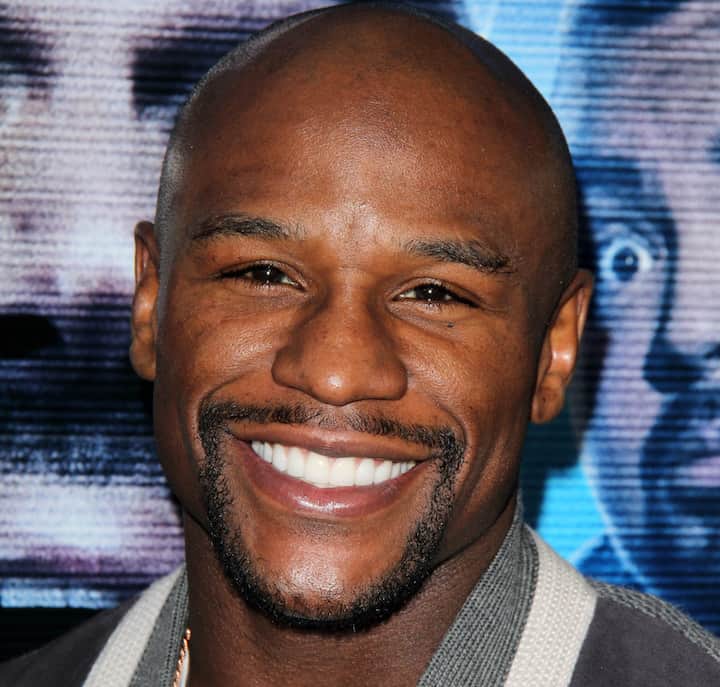 The world champion also added some hair to his beards by thickening his facials on the cheeks, neck area and sideburn. This sudden change in his looks got more hyped when 50 Cent teased about his transplant. He wrote, “he took hair from ass and put on his face.”

Mayweather’s Beard Style – Transplant or Not

Even though Floyd never confirmed if he had a transplant or not, his fans are sure he went through the hair and beard transplant process.  A careful look at the picture he posted on Instagram will reveal the red dots that usually follow a transplant operation. Floyd probably could not get the transplant done during his fighting days because the grafts require careful treatment. This definitely will not be possible when you are getting punched regularly on the head, so it makes sense that he got after his retirement.

It can be seen that the operation was successful as the hair and beards both look clean and natural.

Growing a beard requires a lot of patience. Setting a goal will keep you from drastic distractions.

Give your beard at least 30 days to grow before doing anything to it.

Step 3 – Keep your neckline low and your cheeks high

As your beard grows, it will start creeping to your neck and your face. The general rule is to keep your cheeks high and your neckline lower as it should be.

Using beard oil and other beard products from day one is essential. They will keep your beards well-hydrated soft and prevent itching.

Once you achieve your beard goal, giving a beard gift to yourself is optional for a job well done. 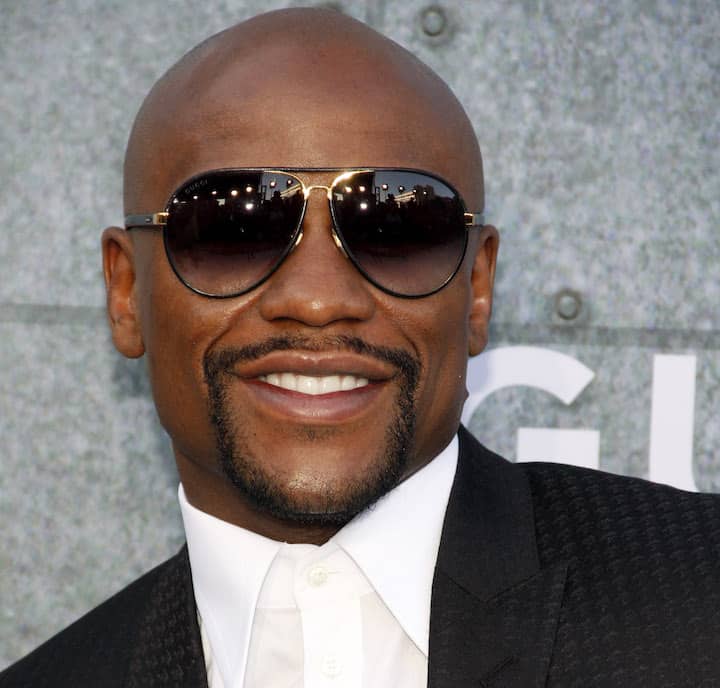 How to Groom and Style Floyd Mayweather Beard

Attach the high-quality beard comb to your beard trimmer kit and begin to trim the hair on your cheeks, your neck and above your lip. Pay attention to your mustache and chin area while coming down in 0.5mm stages to ensure your beard has an even length. Don’t worry if your beard looks a little vague at this stage; the precise craftsmanship will be handled later.

Having removed the comb, use the head of your trimmer to define your goatee beard style. Trim slowly, working from the neck to the corners of your chin and upper lip until you achieve the classic goatee style.

All that’s needed for this step is to get the perfect shape for your beard before putting the finishing touches.

Pick the right beard trimmer and begin to trim from your chin towards the ear to achieve a noticeable, clean line on both sides of your beard. Use careful but continuous strokes. It is advisable to trim away from the lines to avoid accidentally shaving into your beard. This will otherwise undo the shape you’ve been trying to achieve. Do this to both sides of your beards; check to ensure that both sides are symmetrically trimmed. Once you are content with the outlook, you can add sharp corners to your beard. Do this by using downward movements.

For a perfect and clean finish, clean shave your neck, jawline and cheeks. Splash some water on your skin and apply shaving foam. Using single, continuous strokes, shave against the direction of your hair growth until the skin outside your beard is entirely hair-free. Double-check the area under your chin to ensure you don’t shave into the outline.

Now that you have your Floyd Mayweather beard style rinse and protect your skin by applying an alcohol-free moisturizer against post-shave dryness.

All you need now is to trim at least once a week and daily remove potential stray hairs. Ensure to wash your beard every 2-3 days to stay clean and well-groomed.

Best Products to Maintain a Beard Like Floyd Mayweather

If you are trying to get a thicker beard, below is a list of the best products you need to grow, thicken and maintain your beard:

Whether Floyd Mayweather got a transplant or not, getting a full beard and mustache is achievable with a lot of patience and maintenance. Understand your face shape and know the beard styles to avoid.

This post first appeared on Beardoholic, please read the originial post: here
People also like
Beard Bib – Solution For Messy Grooming
What would happen to a modern-day Moses in America?
The Book Depository – Trans Mission : My Quest to a Beard