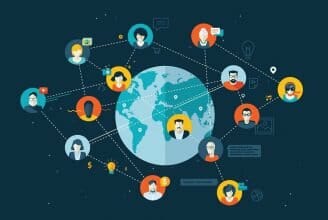 The explosive growth experienced by the Sharing Economy is top of mind. The numbers corroborate how thriving this industry is. It is set to be worth an estimated £335 billion by 2025 in the UK alone, where nearly a quarter of the population are involved in some way with the sharing economy. Their implications vary greatly, and it ranges from booking a rideshare, transferring funds via a P2P platform or buying a product off Etsy, among many others. The Sharing Economy has become mainstream and has attracted several issues along.

However, the millions of transactions taking place across companies in the shared marketplace each day has also dig up some problems. It has led to an increase in financial crime and other nefarious activities. Moreover, individuals who have devised ingenious techniques of laundering money, continue to line their pockets.

Micro-laundering – which involves transferring large sums of money by scattering it over thousands of electronic transactions – is putting the very foundations of the shared economy in question. Europol estimates £3 billion, or three to four percent of the continent’s annual criminal takings, is micro-laundered.

The benefits of the sharing economy will continue to be eroded if a reliable sustainable solution is not introduced to not only match, but surpass the sophistication of bad actors, says to Zac Cohen General Manager at Trulioo.

“To combat emerging trends in money laundering an agile, sophisticated, solution is required,” he pointed out. “Using proper fraud prevention techniques, such as authenticating identity traits across multiple trusted sources while leveraging up-to-date technology and data, is a step in the right direction.”

He lays out some answers too, as this problem escalates: “By placing electronic identity verification at the beginning of the customer onboarding process, online platforms can prevent fraud by simply keeping bad actors at bay. The foundation of the digital economy begins with effective identity systems that mitigate the risk of fraud, establish trust between transacting parties, and ensure products and services are delivered seamlessly. As the sharing economy continues to grow, deploying effective identity verification protocols, hardwired into business processes from inception, will ensure fraud detection and mitigation remains a cornerstone of the shared economy.”

Fraud and trust in the digital economy are two major issues that companies and consumers need to address and be aware of, because the sharing economy is just starting. According to a recent report by the Warwick Business School, “23 per cent of the UK population use sharing economy services more than once a month and that the more educated you are the more likely you are to be paying for the likes of Uber and Airbnb.” Among all those, selling pre-owned goods on eBay or Gumtree is the most popular category with 47 per cent of the UK population using them, while accommodation, ride-sharing and crowdfunding are used by 50 per cent.

Interestingly, and as the report also found, once consumers start to use sharing platforms more, it becomes a lifestyle, with more than 73 per cent of those who use sharing platforms at least once a month using multiple platforms. And the forecast is to keep growing in the near future. This is a wave that won’t stop, it is up to us to make it as safe and secured as possible.