You know when you’re sitting in a bar with a beer in hand, and have the urge to hit the snacks? Yep, wispy thin potato crisps! That! Whether it is bar bites or sandwich accouterment, potato chips are the perfect finger-food. In fact, the global potato chips market worth is $26 billion. The number represents the second largest segment of the global savory snack food market. Wherein, US is the leading at 85.6 percent of American households in global potato chips consumption. However, Sweden is on point when it comes to potato chips for the luxuriant. St:Eriks Brewery has crafted the world’s most expensive potato chips that go with their signature India Pale Ale. Thinly sliced, salty spuds which have been around for 163 years, is now the joining the list of the most expensive… 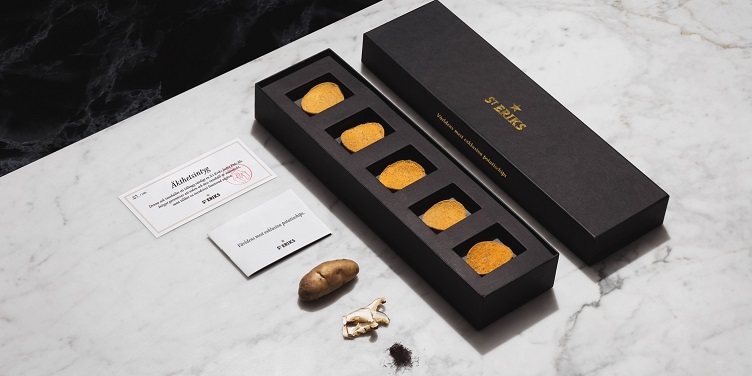 St:Eriks Brewery in Stockholm, Sweden is selling the world’s most expensive potato chips. The box of 5 individual chips will set you back $56 (that’s $11 per chip!). Each chip in the pack has a distinctive flavor derived from a rare Nordic ingredient, all of which were created by Chef Pi Le. These special ingredients include Matsutake mushrooms from pine forests in the northern region of Sweden, Crown Dill hand-picked on the Bjäre Peninsula in southern Sweden, Leksand Onion which grows outside the small Swedish town Leksand, Truffle seaweed from the waters around the 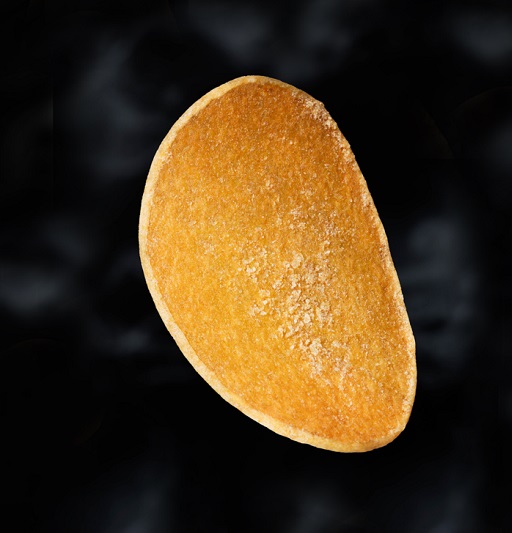 Faroe Islands, India Pale Ale Wort which is normally used to brew St:Erik’s India Pale Ale. The potatoes used, come from Ammarnäs in northern Sweden, where hills are so steep that they have to be planted and harvested by hand. Betcha can’t eat just one!

(Did you know that Saratoga Chips was a relatively common name for potato chips until the mid-20th century?)

In a statement, brand manager Marcus Friari said: 'We’re passionate about the craftsmanship that goes into our beer. At the same time, we felt that we were missing a snack of the same status to serve with it.'

Of course, all proceeds from the sale of the Scandinavian potato chips will go to a charitable cause. Let’s hope the brewery makes a second batch of this salty snack.

Way to go Sweden! Meanwhile, here in America, we’ve arrived to a point where we’re voting between cappuccino-flavored chips and wasabi ginger-flavored chips.