The 72nd Regular Session of the UN General Assembly -UNGA-72 will held at UN Headquarters on Tuesday, 12 September 2017. The theme discussion is,  People: "Striving for Peace and a Decent Life for All on a Sustainable Planet". 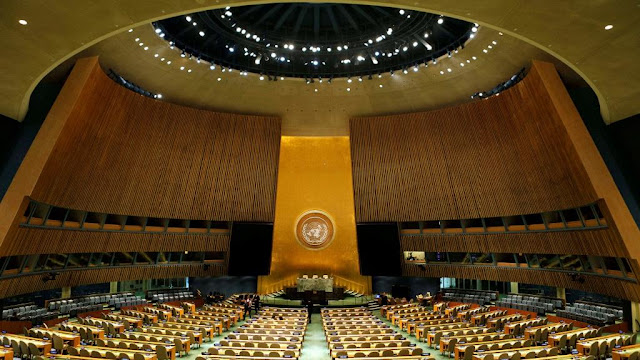 U.S. President Donald Trump, a frequent critic of the United Nations, will seek to gather global support for reforming the world body when he hosts an event at U.N. headquarters in New York on Sept. 18, a day before he formally addresses the 193-member organization.

Majority of them are holding meetings on the sidelines of the UNGA, others are taking advantage to hold bilateral and multilateral meetings. 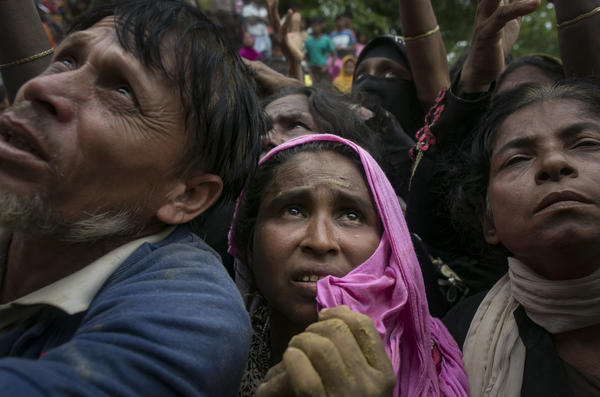 The plight of Myanmar's Rohingya Muslims, which U.N. officials have described as ethnic cleansing, is getting early attention at the annual gathering of government leaders at the world body.
Britain on Monday presided over a meeting of several Western and Muslim-majority governments that are urging senior Myanmar officials to end the violence and allow humanitarian access.
More than 400,000 Rohingya have fled from Myanmar to Bangladesh in the past month amid a military crackdown triggered by insurgent attacks on security posts in late August.
British Foreign Secretary Boris Johnson said the violence is a "stain" on Myanmar's reputation, and it's vital that Aung San Suu Kyi and her civilian government make clear the abuses "must stop."
The closed meeting was also attended by representatives of Bangladesh, Indonesia, Turkey, Australia, Canada, Sweden, Denmark and the United States.

NAYPYIDAW: Myanmar leader Aung San Suu Kyi pledged Tuesday to hold rights violators to account over the Rohingya crisis but refused to blame Myanmar’s army, as the UN chief demanded an end to the military campaign and a better deal for the Muslim minority.
In an address timed to pre-empt censure at the UN General Assembly in New York — delivered entirely in English and aimed squarely at an international audience — she called for patience and understanding of the crisis which has driven some 421,000 Rohingya out of her mainly Buddhist country.

The Nobel peace laureate vowed to resettle some refugees but offered no solutions to halt what the UN calls army-led “ethnic cleansing” in Rakhine state, where soldiers are accused of burning Rohingya out of their their homes.
Amnesty International said Suu Kyi was “burying her head in the sand” over documented army abuses and claims of rape, murder and the systematic clearing of scores of villages.
At the General Assembly, UN Secretary-General Antonio Guterres joined the international outcry.
“The authorities in Myanmar must end the military operations and allow unhindered humanitarian access,” Guterres told the assembly’s opening. “They must also address the grievances of the Rohingya, whose status has been left unresolved for far too long.”