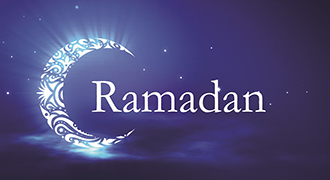 Ramadan 2017 began in the evening of
Friday
,
May 26
and ends in the evening of
Saturday
,
June 24
Dates may vary.
Ramzan, a month of religious steadfastness, worship, forgiveness and blessing is celebrated in its full zeal and fervor.
The article is religiously and culturally enriched uplifting the essence of Ramazan.
"Ramadan Mubarak" and "Ramadan Kareem" are common greetings exchanged in this period, wishing the recipient a "blessed" and generous Ramadan.

Muslims also believe that the Quran was revealed in Ramadan.

During the holy month, Muslims would wake up early to eat a pre-dawn meal called suhoor, and they break their fast with a meal referred to as iftar.

For Muslims, Ramadan is the month in which the first verses of the Quran, Islam's holy book, were revealed to the Prophet Muhammad more than 1,400 years ago.

During Ramadan, Muslims abstain from eating, drinking, smoking and sex from dawn to sunset. This fasting is intended to bring the faithful closer to God and to remind them of the suffering of those less fortunate.

Ramadan fasting is one of the five pillars of Islam, along with the Muslim declaration of faith, daily prayer, charity and performing the Hajj pilgrimage to Mecca.

Ramadan is the most sacred month of the year for Muslims — the Prophet Mohammed reportedly said, "When the month of Ramadan starts, the gates of heaven are opened and the gates of Hell are closed and the devils are chained."
Muslims believe it was during this month that God revealed the first verses of the Quran, Islam's sacred text, to Mohammed, on a night known as "The Night of Power" (or Laylat al-Qadr in Arabic).

Why do Muslims fast in Ramadan?

Fasting during Ramadan is one of the five pillars of Islam. There is also a verse in the Quran that prescribes fasting for all Muslims who are mature and healthy enough to fast for the full day.  So, Muslims fast as an act of worship, a chance to get closer to God and a way to become more compassionate to those in need.
Fasting is also seen as a way to learn patience and break bad habits.

How does fasting work?

Fasting during Ramadan is one of the five pillars — or duties — of Islam, along with the testimony of faith, prayer, charitable giving, and making pilgrimage to Mecca. All Muslims are required to take part every year, though there are special dispensations for those who are ill, pregnant or nursing, menstruating, or traveling, and for young children and the elderly.

Are there differences between how Sunni Muslims and Shia Muslims observe Ramadan?

For the most part, no. Both Sunni and Shia Muslims fast during Ramadan. But there are some minor differences — for instance, Sunnis break their daily fast at sunset, when the sun is no longer visible on the horizon (but there's still light in the sky), whereas Shia wait until the redness of the setting sun has completely vanished and the sky is totally dark.


This post first appeared on Knowledge-sharing-point, please read the originial post: here
People also like
New York Times Crossword September 29 2022 Answers
Travels through History – France – Narbonne
8 Perfect Arab Beards That Are Easy to Grow (Tips)
‘Best Player In The World Is Muslim’. Where Are Rumours About Messi Converting To Islam Coming From :Explained
US President To Visit Israel And Occupy Palestinian Territories In His First Regional Tour Since Assume Office
Your Ultimate Travel Guide to Palestine: a Misconceived Territory