How will the year 2020 be for Pakistan? Devoid of any magical knowledge to draw the absolute picture of what’s in store for us in our future, we can merely rely upon the series of events occurring in our surroundings. By tracing these events in the retrospect, we can only predict their consequences in the near future. In a similar pattern, in a bid to decipher our future, we attempt to look back to the events that took place in past years.

10 Elite Special Forces From Around T…
Ripple Price Analysis: The Bull and B…
DISPUTED LAND - Kashmir
FAQ’s About Wealthy Affiliate – Part …
IN THE NAME OF GOD

Historically, Pakistan has been ruled by two major political parties, Pakistan Muslim League (N) and Pakistan Peoples Party. Although, the democratic governments have been regularly dethroned by the military dictators. In the 2013 elections, the political landscape shifted considerably. With the emergence of Pakistan Tehreek-e-Insaaf,  it became crystal clear that the competition to rule the state is no longer among the old rivals. PTI presented itself as a party with fancy and highly ambitious plans to change the fate of Pakistan. These campaigns hugely resonated with the political pundits as well as the general public. The accountability drive, in particular, was the trademark narrative that launched PTI into the political circles as a party of enormous popularity in masses.

The year 2018 proved out to be a dream come true year for PTI as they came to power. Soon after the honeymoon period, the government began to feel immense heat. As the PTI administration was seen arguing on the television screens that all the chaos is inherited from the previous incompetent governments, an age old rhetoric became prevalent yet again,. In addition to this, a clear tactical shift was observed as the administration began to compromise government policy from the aggressive “container” body language of PM Khan. Consider the reintroduction of amnesty scheme which has previously been heavily criticized by Imran Khan, or cutting off subsidies on goods, or a soft corner for Pervaiz Musharraf, or amendments in NAB to condone the incompetence of his mates. All of these actions have one thing in common. These acts would not be endorsed by Mr. Khan of the good old days. The charismatic leader who promised all of us a better Pakistan in the 2014 D-Chowk stand-off or the captain courageous who led cornered tigers in 1992 Cricket World Cup would never have sanctioned these acts .

The year 2020 may be a make or break year for two major political parties. Both of these parties have a lot of ground to cover in a rather tight time frame. Starting with the ruling party, PTI can fix what’s broken if PTI administration makes fewer compromises upon the standard that it had set before its ruling years,  and then bring those changes in system that it promised and finally, last but not the least, they must acknowledge and follow through on the promise that they made to the two thirds of Pakistani people – to life them out of poverty.

For PMLN, they must make it clear and fully disclose whether they are going to act upon the confrontation policy of Nawaz Sharif or they are going with Shahbaz Sharif, who has often advised his elder brother to avoid confrontation with institution. By now it has been stated by PMLN and Maryam Nawaz that the health of Nawaz Sharif is the matter of foremost importance, which is quite understandable, considering the fairly recent and tragic demise of Kalsoom Nawaz.

With no major structural reforms, it seems as if Bilawal Bhutto led PPP has confined itself to Sindh and quite content with it being in the National Assembly in traces. A quite harsh realization for a party that once ruled the center. 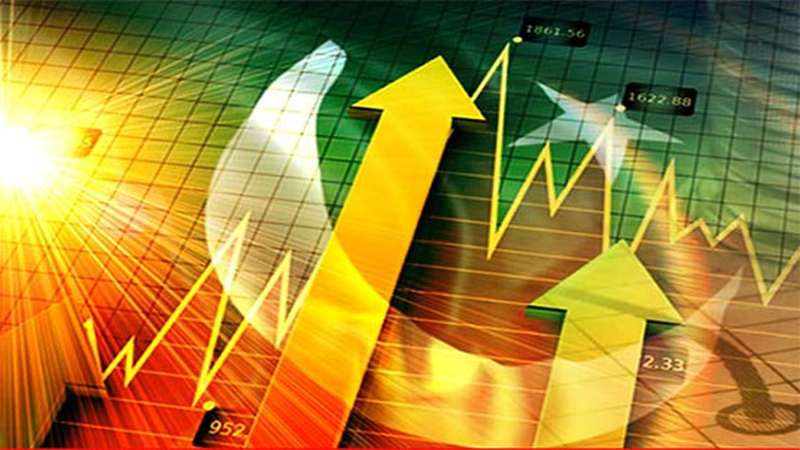 The uncertainties pertaining to the financial policies of PM Khan led government became obvious as the plan to stabilize the economy without any further IMF packages miserably failed and the subsequent resignation of the Finance Minister. For years, Imran Khan posed Asad Umar as a man of crisis who could stabilize the plummeting economy of Pakistan.

Nevertheless, the efforts of the present government to take more and more people in the tax net is commendable.  At the end of 2019, at last, some positive news came for the struggling economy of Pakistan. Firstly, international financial establishments remarked the stock market of Pakistan as one of the best performing stock exchanges. Later, Moody’s raised Pakistan’s outlook to positive.

The signs are indeed very encouraging, as per Moody’s, the balance of payments will continue to improve. If we wish to get rid of the hefty debts that are continuing to cripple our economy, then both the government and the nation have to play their roles well, If the government could somehow manage to attract the investors and then, influence the buyers to buy local, rather than preferring the imported stuff, 2020 can indeed be a game changer for both PTI  and Pakistan.. In order to do this, the PTI administration has to out its best brains at work and synergize all the efforts to lift its economy with due diligence.

In Retrospect, Pakistan, by far, has been one of the most affected countries by terrorism, particularly, in the last decade. 16 December serves as a sobering reminder of this blood stained past. The war against terrorism has cost us hundreds of lives and millions of dollars. People were forced to live with serious  concerns regarding their safety as the waves of terrorist incidents were sweeping through major cities of Pakistan. “How to cope with terrorism? ”,  became a famously notorious question that was widely debated in intellectual circles of this country. Pakistan has now, at last , taken a sigh of relief, but the efforts to establish peace permanently all still in progress as of now. These efforts are focused by eliminating all those terrorism activities which occur although at a smaller scale and strength near the Afghan border. There are positive signs that the untiring efforts of Pakistan’s security forces will bear fruit and we shall be able to establish peace in each corner of Pakistan.

Pakistan with a population of about 223 million, has been facing a number of social problems and crimes. It is estimated that over 10 children were abused each day in 2018 and around 1300 child abuse cases have been reported in 2019.

Reported cases of child abuse increased by 11 percent in the year 2018 compared to 2017, with more than 10 children suffering some form of abuse every day in Pakistan last year, a report released by the NGO Sahil has revealed: Dawn

In addition to this, Pakistan still hasn’t been able to cope with rather damning social issues like child labor, honor killings, child marriage and acid throwing. If the authorities didn’t act, it is feared that these incidents can become even more prevalent in the future. Campaigns must be launched across the nation, and with the education of masses, these tragic events can be effectively controlled.

Once upon a time, Pakistani Olympians used to bring gold medals, our hockey teams won world cups and Jahangir Khan ruled the world of Squash. The good old times are long gone though. Currently, Cricket is by far the only sport which is the center of all the attention and the only sport which provides Pakistan with International recognition. The T20 World Cup to be held in Australia in October 2020 is the event every cricket lover has his eyes on. Pakistan is the number one ranked T20 team that had a really great last year, but with the change of head coach and chief selector, a subsequent change in the team line up resulted in the humiliating defeat in the T20 series versus Sri Lanka. The good news is cricket is back in Pakistan and the fans have a lot to look forward to as all PSL matches are scheduled to be played in Pakistan.

It is the character of Nation which determines its progress or its downfall. All the negative indicators are mere speculations when a nation pledges to rise and shine. That character can only be developed through education, unconditional love towards the homeland and learning from past blunders we have made as a nation. We witnessed its perfect illustration after the Peshawar APS attack, when those innocent children woke the whole nation up. All political leaders and law enforcement agencies made combined efforts to uproot terrorism. Why do we wait for some misfortune to occur in order to act!   The year 2020 may not bring  an any concrete change, if the attitude of both the nation and leader remains the same.

“The world is so unpredictable. Things happen suddenly, unexpectedly. We want to feel we are in control of our own existence. In some ways, we are, in some ways we’re not. We are ruled by the forces of chance and coincidence.” Paul Auster

Author: Haseeb Ali is student of LLB in Islamia University of Bahawalpur.

How Climate Change is Causing Record Heat Around the World