Imperialism in the grade 7 Social Studies classroom: Rethinking the relationship between Aboriginal Peoples and Europeans pre-1814

Lesson Plan topic: Imperialism
Subject: Grade 7 Social Studies
Time:Approximately five 45-minute periods
Author: David Scott with help from EDUC 535
These lessons respond to explicate curriculum directives in the front matter of the Alberta Social Studies Program of Study. As outlined in the program “the infusion of current events, issues and concerns is an essential component of social studies” (p 5). Further, elements of these lessons help students “construct meaning in the context of their lived experience through active inquiry and engagement with their school and community” (p. 5).  Additionally, the new program states, as reflected in the aspiration of these lessons, that for historical and constitutional reasons, an understanding of Canada requires an understanding of Aboriginal and Francophone perspectives, experiences, and their “particular needs and requirements” (Alberta Education, 2012, p. 4).

The lessons outlined in this post would additionally directly address the following learning outcomes from the grade 7 program of study:

Historical thinking:Analyze selected issues and problems from the past, placing people and events in a context of time and place
7.S.7.2Draw conclusions based upon research and evidence
7.S.2.3Explain the historical contexts of key events of a given time period
7.1.1 Appreciate the influence of diverse Aboriginal, French and British peoples on events leading to Confederation
7.1.6  assess, critically, how political, economic and military events contributed to the foundations of Canada by exploring and reflecting upon the following questions and issues:
How was the Royal Proclamation of 1763 an attempt to achieve compromise between the  Aboriginal peoples, the French and the British? (PADM, TCC)
What was the role of Chief Tecumseh in the War of 1812? (PADM, TCC)
How did the War of 1812 contribute to defining Canada’s political boundaries?  (LPP, TCC, I)
By exploring the concept of imperialism, the stage would be set for then taking up the following learning outcomes:
What were the social and economic factors of European imperialism? (CC, I, TCC)
In what ways did European imperialism impact the social and economic structures of  Aboriginal societies? (ER, GC, PADM, TCC)
How was European imperialism responsible for the development of Acadia, New France and  British settlements? (I, GC, PADM)

Finding Work as a Designer Online
Cabbage Production Guide
MICRO BUSINESSES
“The Friend Who May Not Seem a Friend…
Guía de iniciación al Yuri : Cómo enc…
Guiding inquiry questions:
Based on the primary sources provided, would you describe the relationship between Aboriginal peoples and Europeans during the 1600’s to the early 1800’s as an imperial relationship or more of a fairly equal partnership?
How should the nature of this historical relationship inform our relationship with Aboriginal people in the present?
Segment 1) Introduction (15-20 minutes): Begin by projecting the guiding inquiry question on a PowerPoint slide. Additionally, have the guiding inquiry question written down in big letters on a poster paper to be displayed throughout this extended lesson. Explain to students that we will be looking at this question over the next few classes, and at the end of our inquiry they will have an opportunity to respond to this question either in written form or orally through a podcast.
To introduce the two key concepts of imperial Relationship versus a more equal partnership, begin by projecting the definition of imperialism, as defined in the grade 7 textbook, on the Smart Board:
Imperialism: the policy of extending the rule or authority of an empire or nation over foreign countries or territories. Imperialism is closely connected to the concept of acquiring colonies where a foreign power creates a settlement of its own people in a foreign land that marginalizes and sometimes displaces the people that formally lived on this land.
Explain to students that we will be working with this concept today and therefore they need to take notes as we go. Distribute the Graphic Organizer to each student (decide if you are going to let them use computers or if they should do this on written paper). The graphic organizer will have the definition left blank for them to write down. Explain that they will receive a completion mark for responding to the various questions in the graphic organizer in jot note form. Ask students to begin filling out the graphic organizer by writing down the definition of imperialism.
***We will need two people to lead this session and create the portion of the PowerPoint along with the graphic organizer needed for this section.
Segment 2) Learning the key concepts (20-25 minutes): Once they have written down the definition, to help them move from a place where this concept is an abstract definition to one that could reflect relationships with peers and authority, pose the following scenario to the class:
If your pod had an Imperial Relationship with the other pod, what would this relationship look like? Specifically, consider the following questions.
1.    If you were the imperial power, how would decisions be made? (Who would make the decisions? How much consultation would take place with the other pod around important decisions?)
2.    What kinds of decisions might you make? (How might you distribute resources like school lunches, laptops? How might you decide who gets to go on cool field trips?)
3.    How would you respond if the other pod didn’t like your decisions?
4.    How might this relationship look with the other pod if it wasn’t an imperial relationship, but more of an equal partnership?
To facilitate this discussion, divide students into groups in a way where each group has a pre-service teacher who can act as a discussion facilitator. Projecting the definition and questions behind you on the PowerPoint, ask students to discuss these questions in their group writing down possible responses in the graphic organizer.
Once students have had about five-seven minutes to discuss these questions in their groups, ask representatives (perhaps not all in the interest of time) to share with the class as a whole possible responses to the questions. Creating a chart on the board with imperial relationship on one side and more equal partnership on the other side, write their responses on a white board as they share their ideas. As you are going, remind them they will be receiving a completion mark for providing jot note responses to these questions in their graphic organizer.
***We will need two people to lead this section of the lesson, and complete the portion of the graphic organizer needed for this part of the lesson.
Segment 3) Engaging issues of historical interpretation to the present (20 minutes):
Once students have had a chance to discuss the characteristics of an imperial relationship versus a more equal partnership, explain that there is currently a great deal of controversy around the nature of relationships between Aboriginal peoples and Europeans during the 1600’s to the early 1800’s. Explain that this can be seen, for example, by a recent news conference by Shawn Atleo, national chief of the Assembly of First Nations (this position is elected by Aboriginal people from across Canada):
The Global News link is here.
This link speaks to the fact that Canadians know very little about our shared history with Aboriginal people. 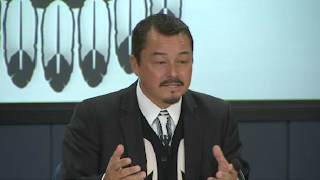 Breaking the clip into segments, show each segment and then ask each group to consider the following questions. Consider doing this as a whole class in the interests of time; however, you may want to drop back into the format where they share ideas that came up in their small groups with the whole class.
Segment 1 (until 53)
1.    What is the central message Shawn Atleo seeks to communicate to Canadians?
2.    What reasons does he give to explain why it is so important for the government to act now?
Segment 2 (from 53-2:20)
3.    What are three issues Shawn Atleo has with the current relationship between Aboriginal people and the Canadian government or what he calls the Crown?
Segment 3 (2:20-end)
4.    What are two issues Aboriginal people currently face that Shawn Atleo feels the Crown/Canadian government has not provided an appropriate response?
5.    How does he describe the original relationship between Aboriginal people and Europeans? What agreements does he speak to support his position?
As students are sharing their thoughts, track their responses on the white board and ask them to take jot notes in their graphic organizer as students are sharing.


This post first appeared on I Can't Believe A Kid Did That: Powerful Examples Of Student Inquiry Work, please read the originial post: here
People also like
Finding Work as a Designer Online
Cabbage Production Guide
MICRO BUSINESSES
“The Friend Who May Not Seem a Friend”: The Cat and the Fire, Part 1 of 3
Guía de iniciación al Yuri : Cómo encontrar y leer buen yuri
How to Organize a Blog Post and Structure It Well

Imperialism in the grade 7 Social Studies classroom: Rethinking the relationship between Aboriginal Peoples and Europeans pre-1814