Oedro – Independence Day Sale: Up to …
A Guide To Visiting Antigua, Guatemal…
Netflix to now add a live streaming f…

Analysts at the Motley Fool predict that recreational cannabis sales in the US will triple from $10 billion in 2018 to $30 billion by 2023.

While the data and financial figures present a compelling case to invest in cannabis, there’s another angle that some experts could be overlooking.

There are 17 states that have yet to embrace cannabis legalization. For many investors, the best course of action is to focus on the legal cannabis market in the 33 other states; however, by doing so, you might overlook the potentially explosive opportunity in those 17 states.

A Different Perspective on the Top Cannabis Stocks

According to the Motley Fool, the black market in states that have not legalized generates an estimated annual revenue between $50 to $60 billion.

Even though these states have shown no intention of legalizing recreational cannabis, the federal legalization of cannabis would overrule certain state laws. If and when this happens, a large portion of the $50 to $60 billion in sales on the black market would shift to legitimate businesses. 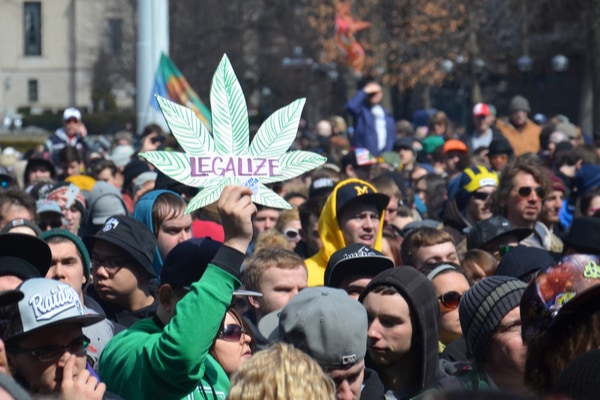 Due to the possibility of this outcome, sources like Investopedia have a different view on cannabis stocks and predict that companies like Village Farms International, Amyris, and iAnthus Capital Holdings will be the highest valued cannabis stocks for 2019.

While many believe that the federal legalization of cannabis is a very high possibility, there’s no way to know for certain. Following this approach does present the potential for greater earnings; however, it is accompanied by greater risk as well.

Last year, the industry achieved a major victory when Cannabidiol (CBD) derived from hemp (cannabis containing no more than 0.3% THC) was federally legalized; however, legalizing cannabis is a far greater challenge.

The one thing that a majority of investors do seem to agree on is that the cannabis market is definitely poised to explode. Are you ready for the green rush?

This post first appeared on My CBD Coupons | Save More On The Best CBD Brands & Products, please read the originial post: here
People also like
Oedro – Independence Day Sale: Up to 20% Discount
A Guide To Visiting Antigua, Guatemala: The Best 5 Things To Do And See
Netflix to now add a live streaming feature on its app to keep its subscribers