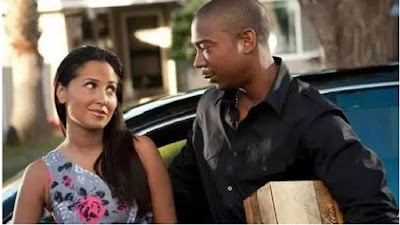 So many ladies these days, look forward to seeing some special features in the man they want to spend the rest of their lives with. So many ladies on the other hand do not actually know what to look for in a guy. Some are just busy carried away with financial abundance and availability.

1. He doesn’t keep in touch with ex-girlfriends.
He knows that once a relationship is over, there is no good that can come from staying in close contact, particularly once he’s in a new relationship. There are no strange phone numbers popping up on his cell phone.
Not that you know this because you don’t even feel the need to cybersnoop.

20 signs to show you are in the right relationship

2. On certain occasions, you receive heartfelt gifts accompanied by thoughtful greeting cards.
You’re into birthdays and anniversaries, so he is happy to celebrate them with you. If he knows you’re into writing, he’ll get you a beautiful journal.
He inserts his humor into presents, too. For instance, if he sings you your favorite song, he’ll change the words to lyrics so they’re about that annoying co-worker you’ve been telling him about.

3. He’s great with kids.In fact, you’re pretty sure he could run a sports camp of some type. Kids flock to him and are eager to spend time with him. He’s a great role model. His upbeat personality and enthusiasm are infectious. There are huge grins on children’s little faces when he’s around.

4. He makes time for you.
No matter how busy things get for him, he’ll never forget to set aside consistent alone time with you. You’re a priority to him, so he’s not afraid to turn down plans with “the guys” in favor of some QT with his lady.

5. He knows your breakfast order by heart.
Whether it’s a toasted whole wheat sesame bagel with scrambled eggs and cheese and freshly squeezed orange juice or just black coffee. He’ll run out to pick it up or take you with him and recite your order by heart.

6. He calls during the day just to check in.
He may have a funny story to share or he might simply want to see how work is going. He’ll often try to convince you to shut down early so you can spend time together.

7. He checks in on his way home.
With a quick text, “Leaving the bar in 10 minutes. See you soon…” he lets you know that he hasn’t forgotten you, and that he’s ready to be with his favorite person again.
He’s not sending this text because he thinks you’re paranoid, needy or insecure. He sends it out of mutual respect. He knows that giving you a head’s up prevents you from worrying about his safety or his level of sobriety. And it reminds you that he realizes the best part of his night has yet to begin.
It’s also keeping you in the loop so you can cue up the movie you’ve been waiting to watch together.

8. He’s responsive to each and every one of your calls and texts.
He’ll never go missing for multiple days in a row. He’s reliable. He won’t stand you up when you have plans. He doesn’t ask for rain checks because excuses are not part of his DNA. He’s not one to be consistently late because he cares enough to be on time.

9. He takes care of you.
He’ll grab you an Advil and a glass of water if you have a headache. He’ll hit the pharmacy for some tissues and cough meds and pick up chicken noodle soup when you have a bad head cold. He’ll force you to take zinc lozenges and nudge you to see a doctor when you claim to be too busy to make an appointment.
The 9 habits and features of guys highlighted above should not be taken for granted by any lady. So in conclusion, Ladies Get Married to your Man Straight Away if he Possesses These 9 Habits.