Did Mayan Irrigation Technology Cause its Downfall? 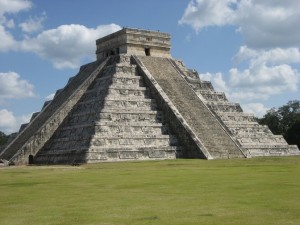 The demise of the Mayan Civilisation happened very quickly, and the reason for it has always been the subject of serious debate. In the 9th Century, this advanced civilisation went from flourishing to collapsing within a very short period of time. The population dwindled rapidly and the monumental stone structures for which the Mayan were known, like the ones built at Yucatán, were no longer being constructed.

Historic Investment in Partnerships f…
Top Things to Do in San Francisco, Ca…
Who is Ted Boehly, the American billi…
Intel increases its arsenal against p…
Travel News and Trends Headlines Upda…

Model calculations by researchers at the Vienna University of Technology (TU Wien) may afford us an explanation; the Irrigation Technology that served the Mayans so well for so many years during periods of drought may actually have made their society more vulnerable to major catastrophes.

This discovery is important as we need to take the lessons learnt and make sure that what we are doing today, which is mainly utilising technical measures to deal with the shortage of resources on a superficial level, does not leave our society as vulnerable as the Mayans were.

Linda Kuil, one of Prof. Günter Blöschl’s PhD students of the Vienna Doctoral Programme on Water Resource Systems, says: “Water influences society and society influences water. The water supply determines how much food is available, so in turn affects the growth of the population. Conversely, population increases may interfere with the natural water cycle through the construction of reservoirs, for example.”

It is for the above reason that researchers at TU Wien explored the interactions between sociology and hydrology and represented them by coupled mathematical models. Socio-hydrology establishes mathematical interrelationships between food availability and birth rate, or between recent water shortages that are still fresh in our memories and society’s plans for building water Reservoirs.

The socio-hydrological model developed by the Günter Blöschl-led team of researchers at TU Wien can analyse the effects of the Mayans’ water engineering on their society. It is also possible to simulate scenarios with and without water reservoirs and compare the consequences of such decisions.

The research revealed that water reservoirs can actually provide substantial relief during short periods of drought. The simulations without reservoirs revealed that the Mayan population declined after a drought, whereas it continued to grow if reservoirs provide extra water. The reservoirs may also, however, have made the population more vulnerable during prolonged dry spells.

The conclusion, according to Linda Kuil, is that “When it comes to scarce resources, the simplest solutions on the surface are not always the best ones. You have to change people’s behaviour, reassess society’s dependency on this resource and reduce consumption — otherwise society may in fact be more vulnerable to catastrophes rather than safer, despite clever technical solutions.”

The post Did Mayan Irrigation Technology Cause its Downfall? appeared first on Living-Water.

Did Mayan Irrigation Technology Cause its Downfall?