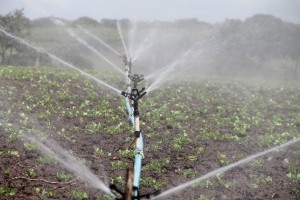 Africa’s Irrigation Infrastructure is in serious need of improvement and there are various initiatives to help in this aspect.

The World Bank is working to mobilise international funders to help double irrigation levels in six countries in the drought-prone Sahel region. The Sahel Irrigation Initiative Programme is looking at instituting the use of simple, Farmer-managed pump bores side by side with the focus on more expensive reservoirs, canals, and other centrally-managed surface water infrastructure projects.

11 Unforgettable Things to Do in Beli…
Do humans matter? Do you think you re…
How and Where to Buy API3 Crypto – An…
Invest in used cars marketplace app d…
3 Ways to Foster a Culture of Recruit…

This initiative does come with a warning though, as stated by Vincent Casey, water, sanitation and hygiene senior adviser at WaterAid:

“Despite the advantages of convenience and affordability, the scale of pumping is very difficult to regulate which inevitably has economic consequences when groundwater is depleted. Rural electrification has been limited, discounting the possibility of politically motivated energy subsidies that could make high powered pumping affordable to small scale farmers.”

A vital step in this initiative is centred on farmer buy-in, and farmers also need to be taught what sustainable usage comprises. It would also include government provision of affordable power for water pumps as well as various other price incentives to promote agricultural productivity.

“Local initiatives to co-manage the resource are increasingly being explored as an important element in sustainable groundwater use as farmers realise their common interest in safeguarding the resource,” says Ugandan water planning expert Callist Tindimugaya, vice president of the International Association of Hydrologists, a GRIPP partner.

This model has been successfully followed in the Indian state of Andhra Pradesh, where groups of farmer in more than 700 communities formed a pact to collectively monitor groundwater levels, to plan their crop planting jointly and to adopt water-saving techniques. The project ran from 2003 to 2009, and successfully reduced overexploitation in the semi-arid state. What is unfortunate, however, is that since the end of the project insufficient governance has resulted in most of the farmer-led initiatives having ceased.

Incentives such as offered in a pilot project in the Chinese province of Shanxi could work very well in Africa. In this project, farmers can access set volumes of water from the state-run pumping system with pre-paid smartcards; if they use less than their allotted quota of pumping time, they can trade it with other farmers.

Get bottled water coolers and mains water dispensers from Living-Water.

This post first appeared on Living-Water, please read the originial post: here
People also like
11 Unforgettable Things to Do in Belize — Important Tips & Places to Stay
Do humans matter? Do you think you really matter?
How and Where to Buy API3 Crypto – An Easy Step by Step Guide
Invest in used cars marketplace app development. Learn from the business model and features of Cars.com
3 Ways to Foster a Culture of Recruiting Across Your Business
Equipment for IVF and Andrology Lab