Tonight's wine review is this excellent red blend from the village of Latour-de-France within the Côtes du Roussillon-Villages appellation that returned to the LCBO over the weekend as part of the April 3rd LCBO VINTAGES Release.

The roots of M. Chapoutier go back to 1808 when Calvet et Compagnie was created in the Rue de l’Hermitage in Tain, northern Rhône. Marius Chapoutier joined the company in 1897 and had complete control of the winery by the 1920's. Chapoutier winery was then passed down through the generations, eventually landing in the hands of world renowned winemaker Michel Chapoutier in 1990. With a passion for the environment and drive for innovation, Michel began applying biodynamic cultivation techniques and expanded the company in the year 2000 to produce wines from Roussillon.

Many wines encompass the fabulous portfolio of M. Chapoutier, with this particular wine coming from Domaine de Bila-Haut in Roussillon. This domain was setup by Michel in the village of Latour de France, in the hilly northern third of Roussillon, near Fitou and Corbieres, in the South of France. The vines of Bila-Haut and Occultum Lapidem were the first expressions of this terroir. Latour de France is situated on a bend in the Agly river - which winds it way to the Mediterranean Sea - and its climate is Mediterranean with long, hot summers, and relatively mild winters, while experiencing more sunshine over the course of a year than any other part of France.

This red wine is a blend of predominantly Syrah and Grenache, plus some Carignan, all of which were grown in a vineyard located on gneiss and schistous soils from the Devonian Period (approx. 400 million ago) and limestone from Kimmeridgian Period (approximately 150 million years ago). The grapes were hand-picked and matured entirely in concrete tanks.

I've had the pleasure of tasting previous vintages of this lovely wine and it has always been excellent. Although the 2017 vintage had reduced yields, the fruit during harvest was very good, thus allowing quality producers such as M. Chapoutier to craft excellent wines such as this. 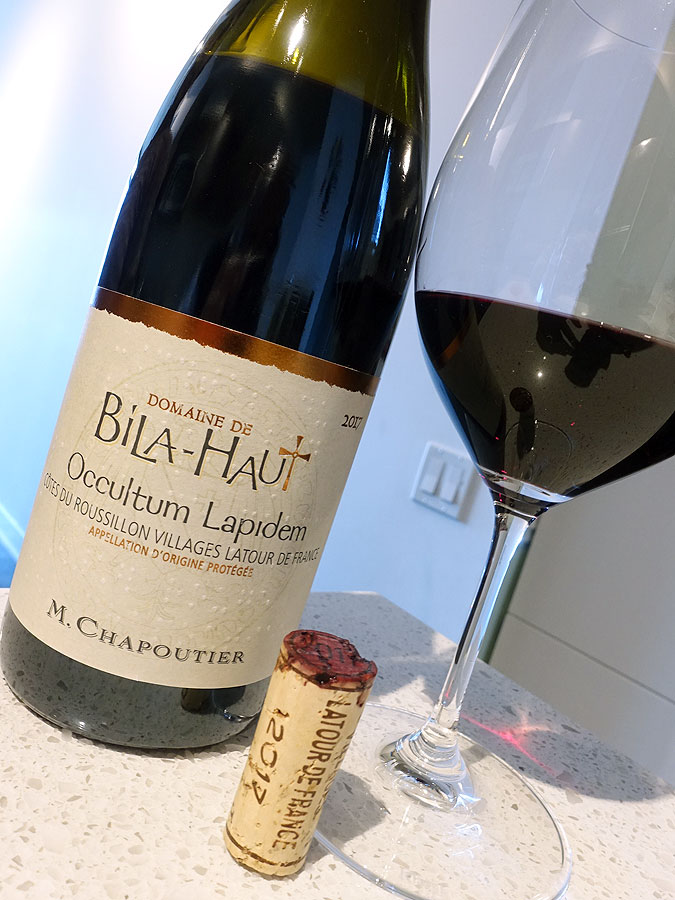 Other lovely wines from M. Chapoutier can be found at the LCBO, as well as through their Agent - Philippe Dandurand Wines Ltd.

We’re Living in a Quarantine Pod With Another Family, and It’s the Only Thing Keeping Me Sane

Dear Parents, This is Not Homeschooling