AN INTIMATE ENGAGEMENT WITH THE BREATHTAKING QUIRINO BRIDGE 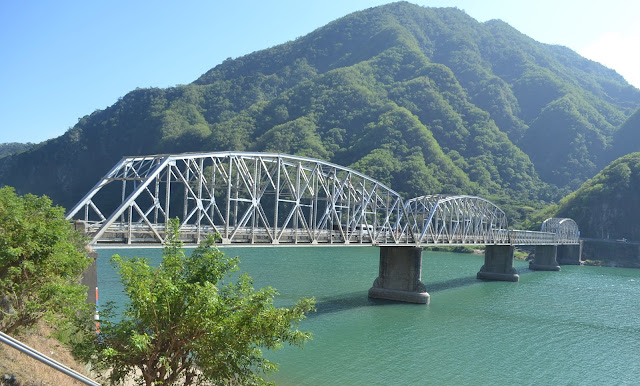 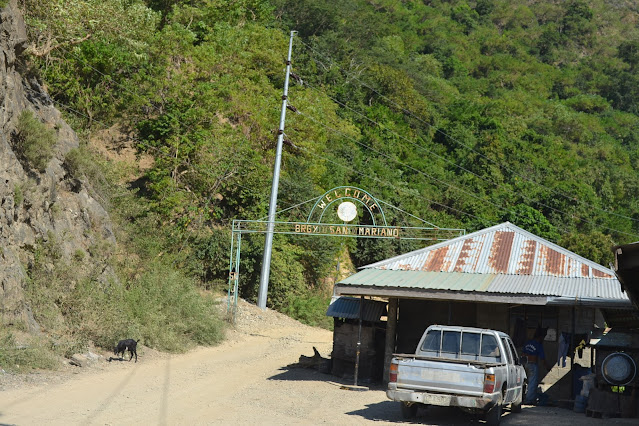 The Bantay-side bridge entry point
This majestic steel bridge is sometimes called Banaoang Bridge and some locals when  you ask them this is Santa Bridge.  No wonder why, because it connects picturesque rocky mountain slopes of the town of Santa and the tail end of Bantay, both part of the province of Ilocos Sur. 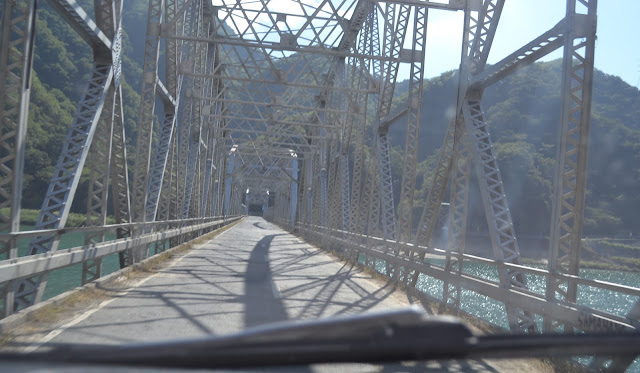 Capturing the bridge's runway while onboard our chartered vehicle
On the other hand, this bridge is legitimately called Quirino Bridge, because it was named after the late former 6th Philippine President Elpidio Quirino, who is a native of Vigan.  As per record, it is classified as having the old Parker-type (camelback) structural design. 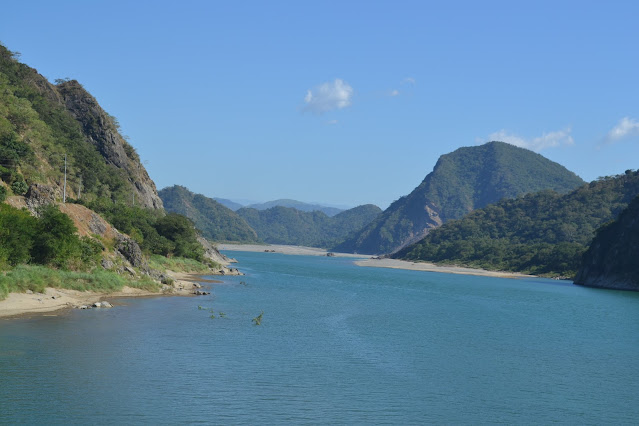 The fascinating Abra River as captured from Quirino Bridge
The bridge is not only praised by its bewitching engineering grand design, but also for strength and durability when it survived the bombings made during World War II. 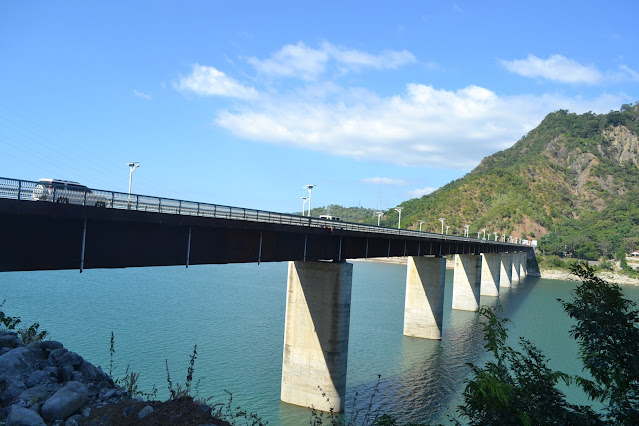 The 7-span 456-meter long New Quirino Bridge
Due to damage caused by Super Typhoon Feria, which washed away one of its steel spans in July 2001, it was reconstructed installing a different third quarter K-truss portion to make it passable.  However, a construction of a new replacement bridge spanning 456 meters long started in December 2007 which is just 350 meters away from the old bridge. 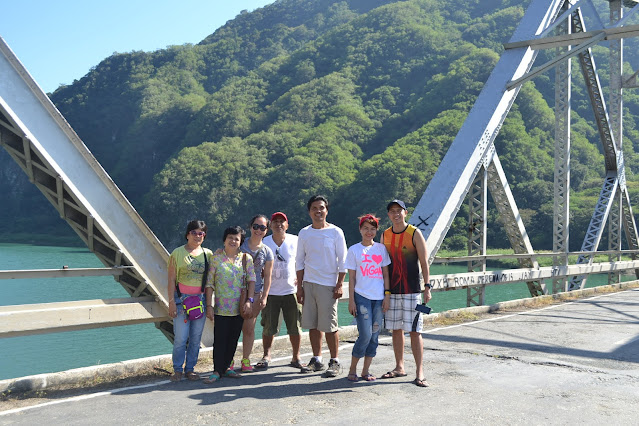 A monumental walk with my colleagues over this majestic bridge
Finally, on December 30, 2009, the new Quirino Bridge was inaugurated by former President Gloria Macapagal Arroyo where it was subsidized under the Japan-funded Urgent Bridges Construction Project for Rural Development which plans to replace old bridges with new bridges, on national roads that lead to urban centers all over the country.  To date, the bridge is still  passable and maintained by the national government for tourist attraction.

AN INTIMATE ENGAGEMENT WITH THE BREATHTAKING QUIRINO BRIDGE