Seasoned mountaineers would all agree that Mt Sicapoo is considered as one of the toughest climbs in Luzon alongside Mt Halcon which are both rated 9/9 on a scale of difficulty. Mt Sicapoo known as the rooftop of Ilocos stands at 7746ft above sea level and this has always been among my dream climbs. Too bad that I had to back out from this DIY event because my dad was at the ICU at that time and eventually led to his demise. I wrote this blog based on Memz Moradillo's account who was the Team Lead of this climb and a good friend.
Though I am unsure of Mt Sicapoo's name origin, friends told me that it originated from the word "Suko Na Po" because of its difficulty. Through an exploration climb, it was first summited in 2009 by One Degree Mountainers together with Pinoy Mountaineer. Back in the days, hikers can choose to do a day hike, 2d1n and 3d2n which were a common practice but due to numerous incidents the local government has decided to make it a 4d3n itinerary to make it manageable for common hikers since this is considered as one of the toughest climbs in the Philippines. The trek would require to ascend, descend and pass nine separate mountains namely: Mt. Balbalitok, Sauklay, Bubuos, Balbalite, Papako, Matalidong, Sicapoo, Timarid Summit, Simagaysay for a total of 39km and more or less a combined of 8000ft elevation gain.
The start of the trek commences with River trekking along the treacherous Gasgas River which has 20 separate river crossings. Gasgas River is characterized by rock and karst formations along its riverbanks. It is best to finish the river crossing before midday when the rain has not set in to avoid flash floods which sometimes go as high as chest-deep that is quite perilous.  After Gasgas River, it commences the steep ascent towards Saulay campsite which passes a thin ridgeline of Balibatok that connects Saulay for a total of 2800ft elevation gain. Hikers would usually spend their first night here.
The next day would be the trek towards Pakpako campsite which would pass Balbalite and Bubuos which somehow resembles a portion of Cordillera's Mt Ugo consisting of pine forest and cool breeze. The third day would be the trek to Mt Sicapoo that passes Mt Matalidong and from there on another hour with a final 600ft ascent to Mt Sicapoo for a total of 2100ft ascent which can be negotiated in 4 hours of trekking. Upon reaching the summit, one will be greeted with a huge rock formation that resembles a "Penguin", thus it was always referred to as "The Penguin of the North" that stands tall at 60ft. From the summit, one would usually witness the vast sea of clouds, but on a clear day, mountains from the neighboring province of Apayao can be seen. Since this is a backtrail, the rest of the team headed back to Pakpako campsite to spend the rest of the night with socials and star gazing.
The last and final day would be characterized by a steep descend to Timarid and it's neighboring mountain Mt Simagaysay. Mt Timarid's name originated from Ilocano word which means "sharp", true enough, the trail of this mountain are composed of steep ascend and descends with sharp thin ridges. On the other hand, Mt Simagaysay means "comb" in the local language composed of rolling terrains and the last part is composed of vast grassland known as "One Degree Plateau", characterized by pastureland at about 900ft above sea level. From there on the trail becomes very manageable until you reach the Solsona Dam which signifies that you have successfully completed the Rosary trail. 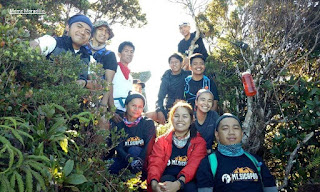 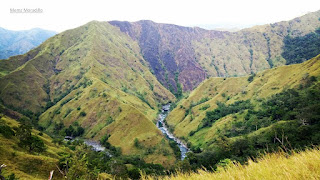 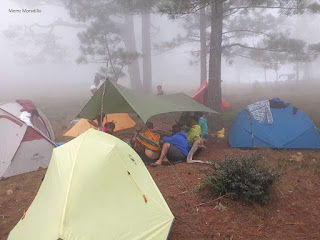 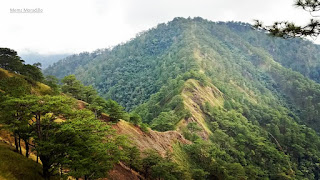 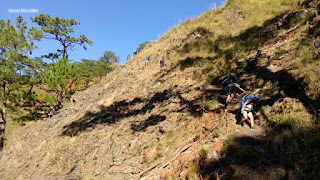 ***Special thanks to Memz Moradillo for sharing his pictures and it was based on his personal account that this blog was written.

Slash Ft. Myles Kennedy & The Conspir…
Trigger Warning: A Chinese Father Sav…
Florence in One Day: How to Plan the …
Reviews 64 - Transgressions of Power …
The Eight Wives of Henry VI society (…