Today I am going to feature the adventures of fellow solo hiker and traveler Reiner Alfante, thus it was based on his pictures and personal testimony that this write-up was made.

Situated in Sorsogon, Mt. Pulog is a peak that is part of Bicol’s Pocdol volcanic mountain range which stands at of 3379 ft above sea level and with a 2300ft elevation gain from Sta. Cruz Brgy hall all the way to the summit. It should not be mistaken with Pulag as some have already do when I asked in Climber, many would annoyingly refer to Pulag. Mt Pulog should not be confused, it is unique in its own way with its crater lake (Lake Danum) and picturesque view of the Pacific Ocean.

The start of the trail passes through forested woodlands composed mostly of Pili, Abaca, Coconut and local "Haggis" trees - somewhat similar to a berry. After 4 km of trekking, one will reach the campsite characterized by open grassland and offers a commanding view of Bacon and the Pacific Ocean that also marks the halfway of the trail.

From there on, one would enter a steep forested trail which is reminiscent of Mt. Cristobal characterized by mossy forest and at some point, there are also friendly limatiks along the way. After 1.5 hours of trekking through the dense jungle, one would reach the cogon trail which signifies the summit or the caldera of Mt. Pulog. On a normal pace, the summit can be reached in 3hours for a total of 7.3km

The main highlight of the summit is the picturesque view of Lake Danum (also called Lake Pulog). Most of the time the crater lake is dried and it only gets filled with water during rainy days. Local legend has circulated among the townsfolk that once the crater overflows, all of Bacon will be razed. The summit also offers a grand view of nearby Rapu Rapu, Paguriran and on a good weather Mt. Bulusan. 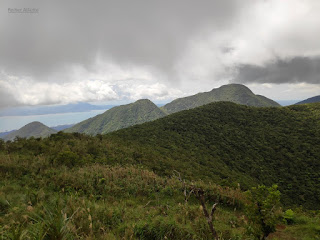 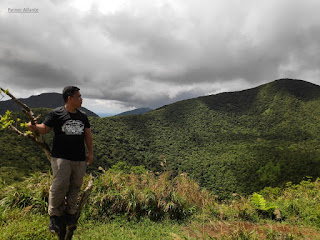 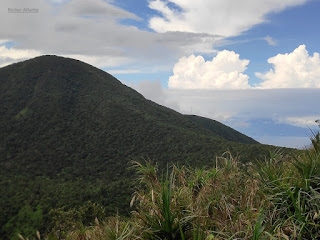 How to Get There:
1. From Cubao, you can ride a bus going to Sorsogon (Amihan, DLTB Philtranco and ALPS).
2. Once in Sorsogon, you need to ride jeep bound for Bacon (take the one that goes to San Juan) and tell the driver to drop you off in Brgy. Sta Cruz.
3. You can walk or ride a trike towards the Brgy Hall.
Darwin Boten 09197757979 (local guide)