Saumagen – Its Name Doesn’t Do This Hearty German Meal Justice 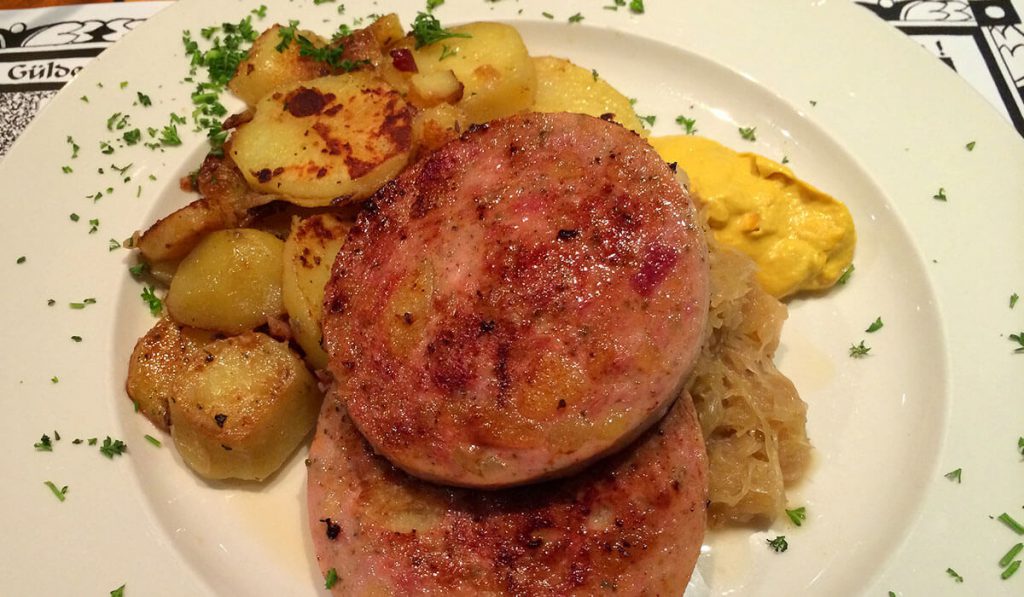 Starting off with a bang: if we tell you the literal translation of this popular dish from the Palatinate in southwest Germany, it will probably make you cringe a little. It is “sow’s stomach”. Certainly an expression that might not have the most positive connotation to people who are not familiar with this delicious regional specialty. Actually, Saumagen is a lot less weird than its name implies.

You Say Covid-19, I Say Hangar 18!
طريقة عمل طاجن تورلي
4 Unpleasant effects of Drugs On Phys…
Exhibit D: Lipstick and rifles--Ukra…
How long does it take CBD to work? Ho…

While the stomach of a pig serves as a casing for the dish – admittedly not the most appetizing sight – the edible part doesn’t really contain intestines or anything alike. The filling is simply a mish mash of pork meat, vegetables and herbs. Most commonly, these are potatoes, carrots, onions, marjoram, nutmeg and white pepper. Thus, the ingredients are rather conventional and even suitable for the faint-hearted. Apart from these basic elements, additional condiments can be cloves, coriander, thyme, garlic, and several others.

Germans usually serve Saumagen as fried slices with Sauerkraut and mashed potatoes as well as some German mustard for dipping. Typical drinks to accompany the dish are dry white wine – another specialty from the region – and German beer, of course. 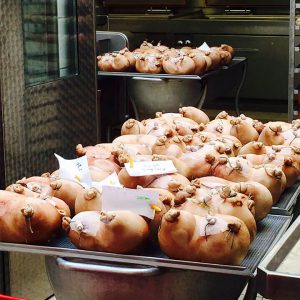 The Origins Of Saumagen As A Dish

There are a few disputes about the creation of this hearty traditional dish. Many sources state that Palatinate farmers invented Saumagen in the 18th century. They created the dish by using leftovers from previous meals. As common people in the provincial region were rather pour, it was a great way to make use of all parts of the animal. A common concept in rural areas all over the world. Oftentimes these former poor man’s dishes would later turn into favorites.

However, others claim that Saumagen never had anything to do with leftovers. Quite on the contrary actually. As the highlight of every slaughter feast, butchers would supposedly only use the very best meats. No matter what the true story is, butchers today do not use leftovers but only high-quality ingredients!

Although it is still mainly a regional specialty nowadays, Saumagen has established its reputation throughout Germany. In other parts than its place of origin, you might discover it as Pfälzer Saumagen.

But the pork stomach’s popularity didn’t stop at the German border. Saumagen even received quite some international fame through Helmut Kohl, a former German chancellor. Being from the Palatinate, he served it to many influential politicians at that time including Bill Clinton, Ronald Reagan, Margaret Thatcher and Mikhail Gorbachev. Since Saumagen was a rather rural and local dish, people sometimes laughed at Kohl as it seemed to be another proof of his provinciality. Nevertheless, this did not diminish his love for this savory deliciousness.

Who Makes The Best Saumagen?

Like with any local specialty that people take pride in, of course, chefs compete for the best Saumagen. Since 2002, the town of Landau hosts the International Pfälzer Saumagen Contest. Every year, about 150 participants present their creations – sometimes traditional, sometimes unconventional.

What is good for the former German chancellor, can’t be bad for you, right!? If you are still not sold on the idea of eating filled pig’s stomach, we challenge you to try it anyway if you get the chance. We promise that you won’t be disappointed.

Sign up for our newsletter and get the best of SunnySideCircus in your inbox!

And if you are so intrigued that you cannot wait anymore to get a bite of that Saumagen, you will be happy to hear that we have a delicious and authentic recipe for you right below.

Cut the pork belly, the bacon and the potatoes into small cubes of about 2cm

Boil only the potatoes for 5 minutes, drain them and add them to the meats

Add the eggs and spices and mix all ingredients well

Close all three openings by tying them off thoroughly

Now put the stomach into hot water and let it steep for approx. 4 hours. Important: the water must not boil! The pot needs to be big enough so that the stomach can float freely

Take the stomach out of the water, let it drain and rest a little and cut it into slices of about 1.5 cm

Finally, fry the slices from both sides in a pan with a bit of grease

Serve the Saumagen with Sauerkraut, mashed or fried potatoes and mustard

Saumagen – Its Name Doesn’t Do This Hearty German Meal Justice