Having heard of the Shrine of Our Lady of Fatima every so often from families and friends who had gone for their pilgrimage, we were finally going there ourselves! No more hearsay....yippy!!

After yesterday's traffic madness, we decided to have a relaxed morning to avoid the morning rush hour. True enough, zipping through Lisboa was a breeze and we almost had the whole A1 highway to ourselves!

Our first stop was to Santarem, the town that houses the Church of the Holy Miracle. It is in this church that the miracle of the bleeding host took place in 1247. 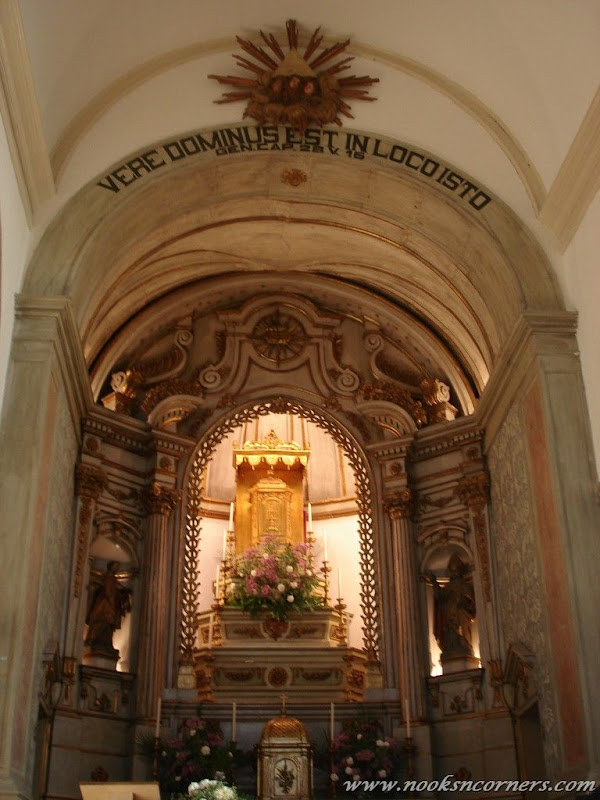 Since then, the bleeding host is being kept in a crystal pyx and placed in a gold-plated silver monstrance. Our excitement to view the bleeding host was soon crushed by a temporary sign placed outside the church that reads "Closed today"! The church is opened everyday EXCEPT today!! It was unbelievable!

Refusing to believe, we practically circled round the church for 10 mins hoping for a miracle before finally accepting the reality that it was not to be. Just before we were about to leave, a mum with her toddler who had been sitting nearby supposedly figured our intention, told us in Portugese that "no viewing of host, but can visit church". At least, we had our consolation prize. On the church walls were paintings depicting the story of the miracle of the bleeding host.... 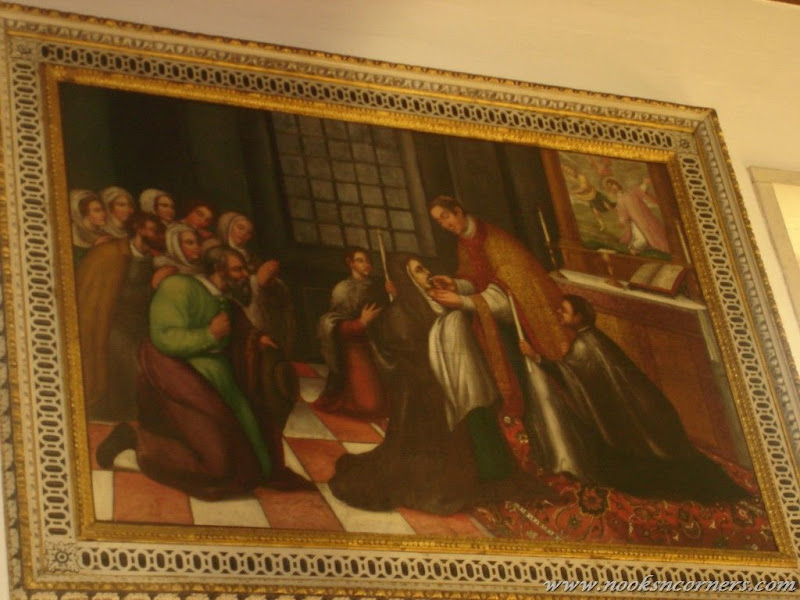 The poor woman with an unfaithful husband receiving the blessed hosts from a priest. 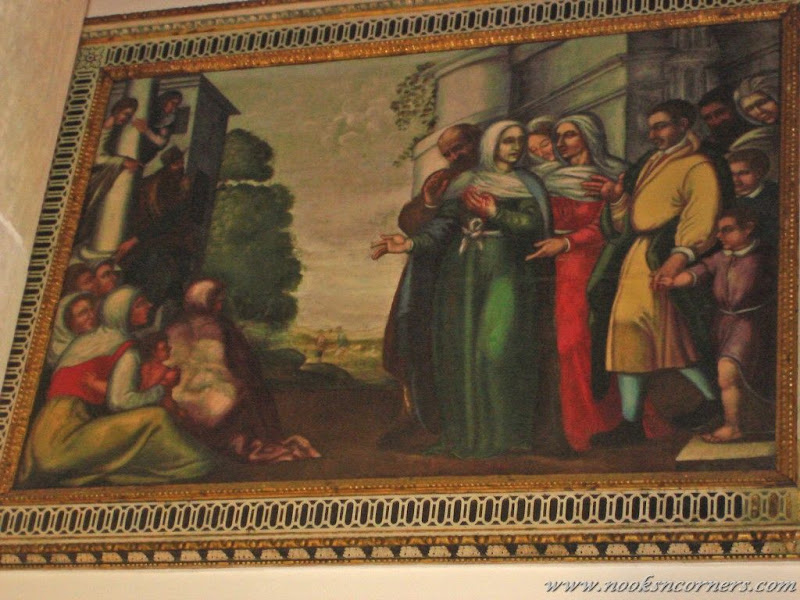 The woman removed the host that she received, wrapped it in her veil, leaving the church. The host started bleeding profusely. The next morning, the parish priest was informed of the bleeding host that the woman and her husband kept in a wooden box at home. Everyone who heard of the miracle went to contemplate on the miracle. 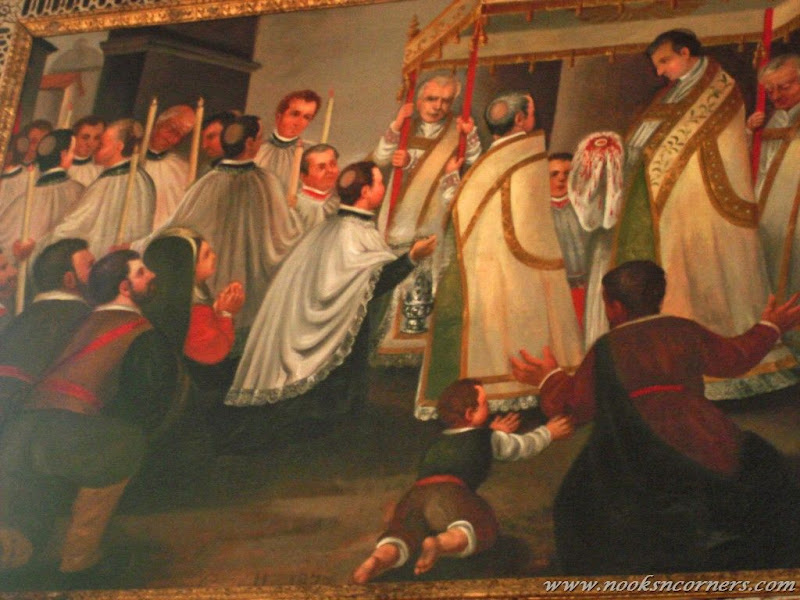 The Blessed Sacrament was taken in procession to the Church of the Holy Miracle.

Satisfied, we thanked the lady once again and left for Fatima, the other highlight of our journey. As it was off-peak season for tourism and not Marian month (month of Mary), there was abundant parking spaces. We even managed to find free parking just 10 mins of easy walk to the Shrine of Our Lady of Fatima (built between 1928 to 1953).

The tombs of the three children who saw the apparition was situated at the left and right hall from the altar.

At the main square, situated next to the shrine is a chapel where a group of pilgrims were celebrating mass. Our plot of sneaking in to join the mass was unfortunately foiled....mass was in a language we couldn't understand.

On the right of the chapel is a big candle burning area. Faithfuls can buy extra large or fancy candles from the numerous shops surrounding the shrine or like us, buy simple ones of varying size here. We bought some here since it is cheap, convenient and the proceeds goes to the upkeep of the shrine.

The huge square has nothing much except a small well-kept garden and a small museum at the far end. After all, the square is to cater to the overwhelming crowd visiting during the Marian months.

After lunch and some shopping at the many shops selling religious artifacts, we headed off to our next destination, Aljustrel, homes of the 3 children.


Aljustrel is a sleepy and pretty dry and sandy small town with a couple of shops selling mostly handmade handicrafts at very reasonable prices (or should I say at a fraction of the price in the city?). We were most attracted to the gorgeous looking table cloths and of course we didn't  miss this opportunity to grab some back home. Shopping done, it's time to visit the original homes of Jacinta, Lucia and Franscisco.

First up, home of Lucia.

After visiting the homes, we continued to the nearby garden for a stroll as we followed the Station of the Cross. Well, since we weren't able to attend any masses, this was kind of pilgrimage for us.


Since we still had 2 hours left before last light, we made our way to Ourem Castle where the 3 children were jailed for a short period of time when the authorities wanted to force them to reveal the secret of the apparition.

Well, there's nothing much left of the castle. Nevertheless, we don't regret making the trip there. The drive was lovely, passing through a small town and driving up a narrow winding road up to Ourem. And the view was wonderful up there and of course, we enjoyed climbing up and down the castle ruins.