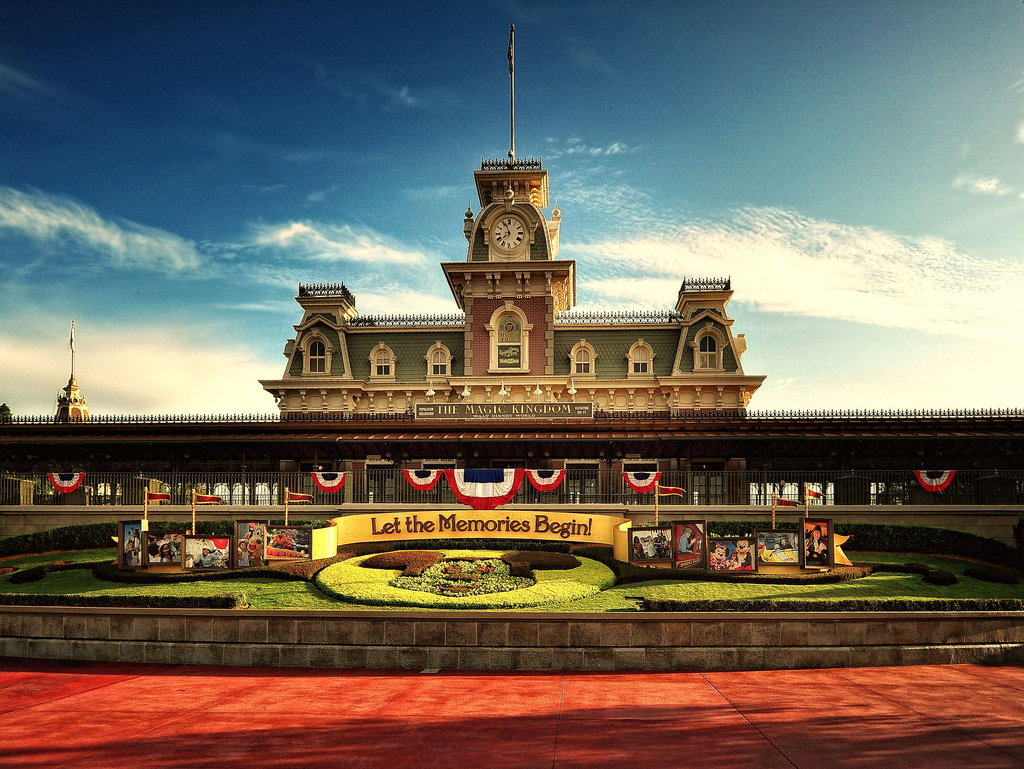 I wanted to say thank you for traveling along with me on my trip! We learned a lot, didn’t we? Well, guess what —– I left a few things out. I know, I know. Scandal. The thing is, so much was packed into that week that I just couldn’t include it all in my trip report breakdowns. Instead, I’m going to go back and pick them out and tell you all about them. So let’s get started.

Find and make unique memories with your family.

There’s nothing like looking back at the pictures of your vacation and reminiscing about the special moments that you had. Some of these memories are conventional and expected, but some are more off the beaten path or so on the beaten path that you might never have stopped to notice them. This can be especially true for us Aspies. When we get caught up in the stream of humanity running through the most popular attractions or spots in the park, we are often far more focused on keeping ourselves calm and under control than we are looking around to really notice what’s going on. This can mean that we miss out on some pretty awesome memory opportunities.

This almost happened to me during this last trip. Even though my family has been to the World multiple times, we always end up at home having the conversation of “Well, since we still didn’t do it this time…” and end up with a list of the attractions, shows, restaurants, and sights that we missed yet again. As you might have gathered from the main trip report, this was the trip of fulfilling vacation dreams for my family. We ate in places where we had always wanted to eat, got to see the switch from Halloween to Christmas, and even stayed in a Nemo suite. We also snuck in a couple of new attractions. One of them was Test Track in EPCOT. This one has been on the dream list from the beginning. We’ve even had FastPasses for it a few times and then missed them for one reason or another. This time, however, we were going to ride it.

Remember when we talked about the Worst Disney Bus Driver Ever? With all capitals because she deserved it? That day we got special FastPasses that were good for any attraction we wanted (other than the new Frozen ride). By the end of the day we still had one left and we decided to use it on Test Track. I highly recommend you wait until the evening to experience this highly popular attraction. Not only will you have shorter lines, but there’s nothing like the outdoor portion of the ride at night. The lower crowds also means you’ll get more of a chance to capture the unique memory I’ve been promising you.
Once you have designed your car and gone through the attraction to “test” it, you’ll get into a large room where you can see your results and play with a few little car-themed attractions. As you are leaving you’ll see cars parked along the side of the room. They might look like they are just displays, but don’t just walk past!

This is your unique memory opportunity. Walk up to them and you’ll see a fancy little machine that lets you scan your band and put in your email address. It will show you a variety of background themes. Choose one and then head over to the car. Strike a pose and focus on the screen at the front of the space. It will do a countdown for you and then snap a picture. You get several, so keep changing it up! Then move on to the next station and do something different.

The best part? These pictures are free! At the end of the day they’ll email you all of the pictures that the machines captured of your group in these special backgrounds. Tutu and Bubba had left the building so it was only Lindsey, the baby, Hubster, and me, but we spent enough time snapping these pictures that Bubba came in after us to make sure I hadn’t gotten lost. Legit concern, to be fair.

These are some of my favorite pictures from the trip and they were a complete surprise. If we hadn’t paid attention, we wouldn’t have even noticed that we could do it and would have missed out on swimming through a giant ocean and dodging spaceships.

Of course, EPCOT isn’t the only place where you can find unique memories with your family. Keep your eyes open and let discovering these unexpected moments make your vacation even more “yours”. While the more conventional memories will always be precious to you and give you the expected context of the trip to share with friends and family back home, it’s likely that these surprises will be the moments that you will remember the most and that will have the most meaning for you.

Find out how the FREE services of a Disney World travel agent can make planning your Disney vacation simple and STRESS FREE!

Taryn was born and raised, and still lives in Richmond, Virginia. Neither she nor her husband ever had the opportunity to visit Walt Disney World when they were children, but when their daughter Avalon came along, they decided she was not going to follow in their footsteps. They brought Avalon for the first time when she was 3 and have been hooked ever since. Now along with Taryn’s mother and equally Disney-loving older brother, they go “home” at least once a year, and by the time she is staring longingly at Cinderella Castle from the ferry on their last night, Taryn is well on her way to planning the next trip. As a group consisting of two adults with Asperger’s, including one who is also vegan, a very accommodating husband, an only child, a senior, and a service dog, they are a pretty special family, but Taryn is excited to show that the World really is The Most Magical Place on Earth and that there is a place there for everyone. When she isn’t thinking about her next Disney adventure and trying to come up with a Mickey’s Not So Scary Halloween Party costume that will beat her Oozma Kappa nerd look, she is a professional blogger and novelist, but Taryn also likes to indulge her Disney passion on her Etsy shop It’s Better in Vinyl.

Want to know when Disney announces special savings and deals? Sign Up to Learn About the Latest Disney Promotions!