Design Realities Come to the Forefront

Conceptual impressions surrounding this article are yet to be substantiated, corroborated, confirmed or woven into a larger argument, network or post. This post has ben repeated on Design Metaphysics.
Over time you eventually begin to realize the importance of your imagination. Your concept of “reality” has been vividly created by it. Your impressions and feelings about Reality are framed within past experiences. It is no wonder that every idea in the design of your virtual reality, i.e. world, is so easily accepted, believed and perceived to be true.
Underlying every virtual design rests the potential/opportunity to generate yet an-other reality. In order to constantly reinstate your reality/truth to yourself for reasons of stability/balance, you feel you have no other alternative than to shine its/your own light both within and upon your own field of awareness. You learn first by experiencing what lies within the shadows. In a sense you begin to discover that which appears to succumb to the "darkness" by means of introspection and discernment. You soon begin to realize that the source of this Light re-presents itself as a variety of frequencies/vibrations, some being more visible than others. It seems imperative to distinguish the multi-dimensional differences between every "point of Light" in reference to the fabric/context of an ever changing virtual/etheric field that in itself, harbors the source of this Light.
Every phase of your construct (creation) is the product of an assortment of symbolic relationships that appear to originate from a mysterious state of being often labeled as the unconscious. It must be noted here that you are present in this "unconscious state" during every conscious moment. For you really never know, or can be assured of, what will occur in the next moment. You have control and maintain your direction primarily by exercising a special kind of balance by bringing to light your own particular ideas/patterns to the world by design. This state is fundamental to the urge in support of the creative impulse.
The imagination acts as a bridge, an active participant in what could be viewed within the realm of a sub-conscious state of awareness; an etheric and therefore veiled realm of changing imagery, feeling and impression; a mystical field, a loosened matrix of attraction filled with illusionary qualities and attributes interpreted and comprehensible only in the form of sign, symbol, metaphor and analogy. Within this transformative field we've described and labeled as the imagination are assembled references to your own past experiences.
It is imperative that one’s imagination is fully functioning, adaptable and absorbent when wanting to make sense out of any multidimensional process/system. Reality distinguishes itself from every other reality by means of the imagination.
Note: the concept of what might be considered "sensible" carries with it limitless potential and connotation. Focus implies that there is a concentration of effort invoking the idea of centralization, i.e. balance, within constructs previously deemed necessary to re-present current concepts of reality. The strength in maintaining focus is a pre-requisite to designing a new earth.
The question remains … where does reality truly exist? Every idea and experience contributes to the birth of the next idea/experience. Every experience adds to every desire and every intention. Reality appears before consciousness in the format of a conceptual exercise. What appears to be a real can be discovered within every context, scale, dimension and/or frequency range made conscious by design. Every concept of reality is designed about a specific POV defined as an “observer” in quest of experiences that in turn, expand upon every field of consciousness.
What have you decided to be real? What will you accept as being real? What will you reject as being real? What will you never accept? From which set or series of realities do you choose to view your world? Which reality do you choose as being primarily human, planetary, collective and/or galactic in character? Is your reality yours or have you chosen to participate/share in a field of Consciousness shared by other belief systems as being your own? How and why does every reality change before your eyes? Which reality do you believe is free of every other? Where is your reality headed? Do you sincerely desire and choose to contribute/sustain/retain belief systems that repeatedly continue to disconnect you from your innate POV?
"When we are born, the stories of our lives are, on the whole, unwritten and undefined. Letters dance around, slowly forming words, and then sentences. As we grow and evolve, the sentences grow and merge, forming story lines and beliefs. As children, we have the freedom to tap into the magic and wonder of the imagination where we know no boundaries or limits, but, over time, conditioning slowly erodes this for many, leaving us like sheep, a part of the flock of ‘normal’. 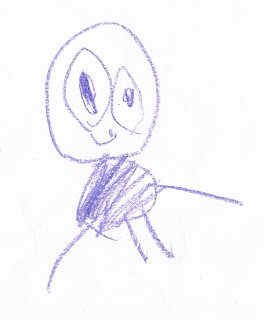 As a child, a cardboard box was a castle; a blanket was a magic carpet. Potential was only limited by the far realms of the imagination. If we’re lucky, this is nurtured in us by family, educators and friends, allowing us to grow and develop, embracing our unique gifts and fulfilling our dreams and goals. Yet, for many, we are slowly shaped and defined by the world in which we live and, very often, the letters stop dancing around as we start walking the treadmill of existence. Of course, all is not lost, but it can become inexplicably hard to extricate ourselves and re-define our way of living and being. Yet, ‘inexplicably hard’ isn’t impossible, and, with determination, it is possible to reconnect to at least some of that childhood magic.
I think we all spend time trying to sharpen and hone the undefined pieces of ourselves. Some pieces get lost due to life events or trauma, and others fade away, losing their significance over time. Yet, we all have many pieces, and, over the years, we may reconnect to some of these in an attempt to rediscover our essence and sense of self. 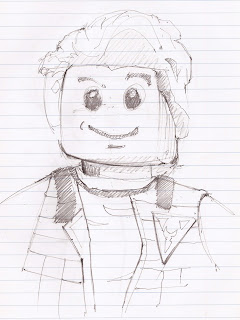 You repeatedly return to what you believe to be the Source of your Intelligence. You have observed for yourself and have come to your own conclusion that such Intelligence exists. An Intelligence has been presented to you in the forms of nature surrounding you. You might view/interpret the sciences or the arts as the most believable systems of perception created and designed to identify/describe/categorize/enlighten/expose you to this great realization. You may also begin to realize that you are an integral participant of this system/intelligence by means of becoming aware of the unique intelligence/singularity that you believe is centered within you. We each exercise a unique type of intelligence/awareness of our own, i.e. a fractal state/reflection of patterns and configurations that parallel a universal principle in quest of balance through a process of unity and fragmentation.
You exercise the gift of design because you sense that within the constructs of this chaotic universe, there are patterns that support and direct you towards making the right choices in order to go into the right direction. These are patterns that have been previously designed expressed through a multitude of re-sources. These patterns create the guidelines, i.e. archetypes, the flags/guideposts that support you/us into and beyond dimensions/frequencies never conceived of before. These impressions present themselves before humanity in the guise of symbol, metaphor, synchronicity and intuition.
Signs, symbols and contexts change yet remain to be the catalysts that link every dimension of space/time. Consciousness saturates every dimension, design gives Consciousness its meaning and its purpose.
Design is the process by which we live a multidimensional life.
Duality is a dimensional concept based upon a particular point of view taken within a set range of limited choice. Linearity can reach beyond the constraints of 3D space/time as well as the concepts of unity and wholeness ... if the symbols harmonize within the dimension of interest. The most appropriate choice is the one that propagates the concept of balance. From what position and frame of references do you choose to create/design your reality?
Linearity/duality is a process that if necessary, can reach beyond the constraints of 3D space/time. It is a human perception/interpretation/methodology used to bring a certain degree of order out of chaos.

Design Realities Come to the Forefront