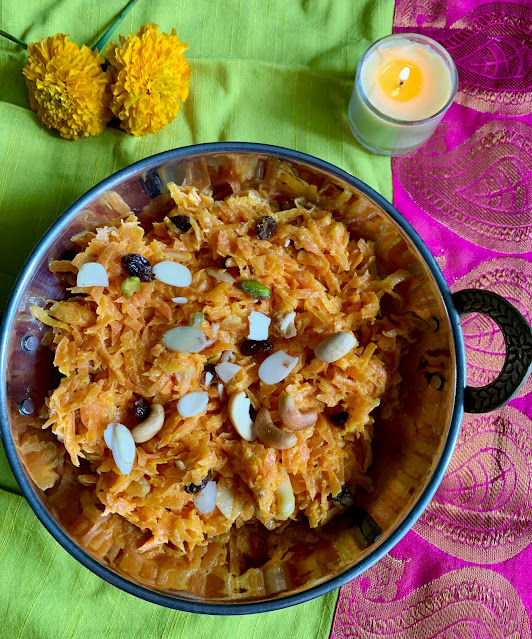 The festive season is here and it is helping to dissipate some of the gloom that has descended on us since the start of the year.
Navaratri (Sanskrit: Nine nights) is a multifaceted Hindu festival held in honor of the divine feminine. The celebrations occur over 9 days culminating in Dussehra (also called Vijayadashami) on the 10th day. It is celebrated differently in different parts of India but the essence of the festival is the celebration of the triumph of good over evil.

Sexy Games for Married Couples
Bikepacking - A Brief Introduction an…
Best Low Acid Coffees That Won’t Upse…
Childhood Memories
In my hometown of Mysore, a city in the state of Karnataka in Southern India, this festival is celebrated with legendary grandeur and pomp. People flock to Mysore during "Dasara" to experience the festivities. I sorely miss home during this time as it brings back innumerable memories of Mysore Dasara, a time during which the city is brilliantly illuminated, the traditional Dasara procession (known as Jamboo savari) takes place on the streets of the city followed by the torch-light parade on Vijayadashami. There are various music and dance concerts during this time. The whole city comes alive. Sparkling clean households are brimming with colors and lights, beautiful Traditional Clothes make an appearance, the smells of incense, flowers, ghee and deep-fried goodies only add to the festive vibe. It is a magical time indeed!
I'm not exactly what you would call religious but I do enjoy Indian festivals very much. Although, I’ll admit that living outside India, our celebrations are scaled-down considerably. For us it is work as usual so unless the festival falls on a weekend, we can’t really do much. The home is kept cleaner than usual, a little more effort goes in adorning the God's mantap and prayers are kept simple. We primarily celebrate through cooking of festive Indian dishes, wearing traditional clothes and meeting up with close friends and family at the nearest opportunity.
Personally, I don't observe any kind of fasting or dietary modifications during Navaratri nor do I have the time or inclination to make a dizzying array of sweets and snacks. However, I do commit to making at least one of each. This year, I made homemade samosas and Carrot Halwa. 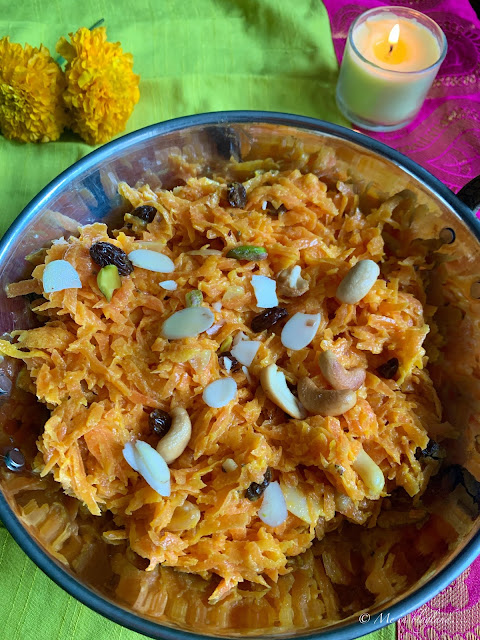 For me, Indian sweets have to be quick otherwise I won't bother making them at all 😛 I made this carrot halwa using Condensed Milk which shortened the time to just about half an hour. I served the warm halwa with vanilla ice-cream which is how I like it (this again brings back lots of memories from back home!).
Here is the recipe folks. I always cut down the amount of sweetness but feel free to adjust the recipe according to your tastes.
Wishing you good health, prosperity and positivity!
Read more...