“No longer can we discount the lives of sensitive and intelligent creatures merely because they assume nonhuman form. The things that make life most precious and blest — courage and daring, conscience and compassion, imagination and originality, fantasy and play — do not belong to our kind alone.” This work is credited to The Souls of Animals by Gary Kowalski. 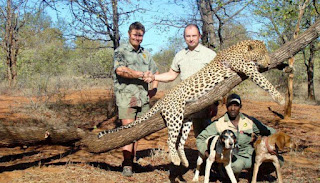 Is there a legal basis for anonymity in hunting permits issued across America on a federal level? It does not appear to be Constitutional in nature. The extreme aggressiveness of this behavior is reminiscent of anonymous computer hackers. They are often bored bright men behaving like petulant children. Investigative journalism did not find unnamed hunting permits in areas of the USA, outside Florida. Is this a state awarded gift by the office of the governor or Game and Wildlife Commissions? How does this concept arrive in our lives?
Trophy hunting drives large payments to hunt big game. These are usually the most elegant and noble animals, including tigers, lions, polar bears, giraffe, and many others. A fine for killing endangered species will not prohibit this act. People pay $350,000 to hunt endangered species. The fines for killing and smuggling endangered animals are easily within reach of the wealthy.
Exotic game ranching in Texas exposes examples of this illegal behavior, such as lions along Texas Highway 71 and exotic big cats escaping San Antonio area exotic game ranches.
It is time to prohibit anonymous hunting across America. If you want to hunt, you must identify yourself publicly on the permit. No third party names or substituted designee hunters allowed for this very important area of wildlife management and animal protection.
Protecting America’s future is key to self determination and defining our role in the world. Animals must be protected at home and abroad. It is time for activists to step forward and protect our amazing wildlife.

Leo DiCaprio’s foundation recently raised $40 million dollars to preserve and save the environment with help from Elton John and Prince Albert of Monoco. Two private music concerts with Elton John were sold for $3m and two arctic expeditions with Prince Albert II of Monaco sold for $1.6m. He also won the SAG Inspiration Award for 2015.
©2016 ALL RIGHTS RESERVED Rebecca Stone SpeedyReads.com
Any Content accessed by You transfers no right, title or interest in or to such Content or any intellectual property rights or copyrights to the above Content. Don’t miss additional articles by Dr. Rebecca Stone on Linkedin.com! Original published source: Article Source: http://ArticlesBase.com
Quantum Brain Healing: With Alternative Medicine (Volume 1)
Buy Quantum Brain Healing: With Alternative Medicine (Volume 1) on Amazon.com ✓ FREE SHIPPING on qualified orderswww.amazon.com
https://www.amazon.com/Horny-Goat-Weed-Magic-Chinese-ebook/dp/B013TOOQFI?ie=UTF8&keywords=horny%20goat%20weed%2C%20the%20magic%20chinese%20herb&qid=1464010578&ref_=sr_1_2&sr=8-2