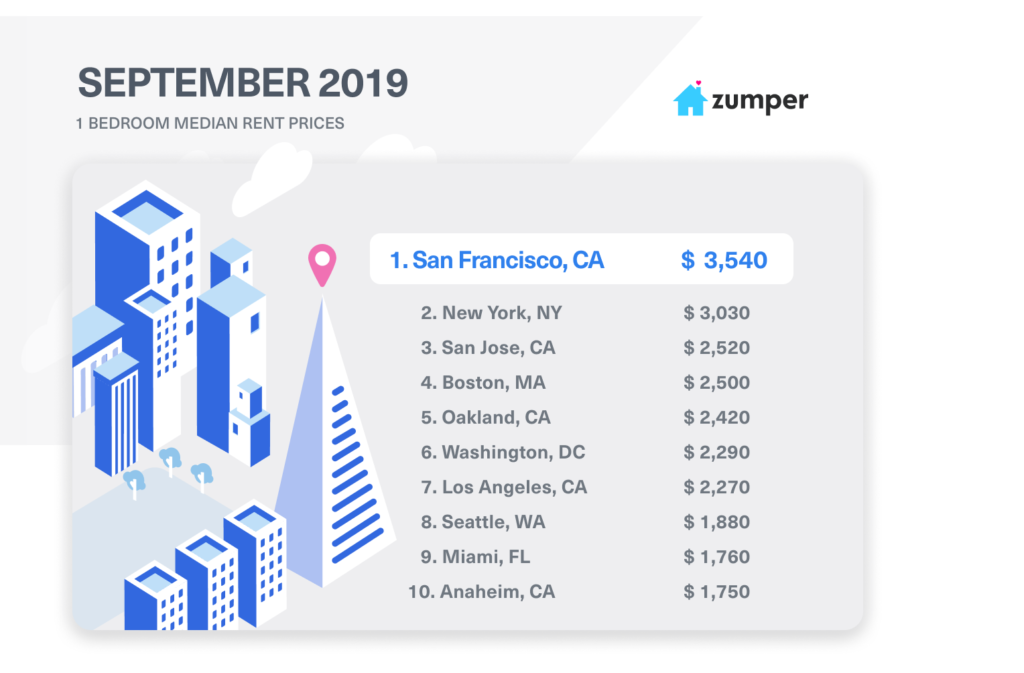 The top 3 markets all saw dips in Rent prices last month as New York City fell from its 3 year high and San Francisco continued its downward trend. The rankings for the top 10 saw some movement in the middle and bottom, as Washington D.C moved up to become 6th, pushing Los Angeles down to 7th, and San Diego and Anaheim move into the top cities, both tied as 10th. Oakland also had a large 5.2% monthly one Bedroom rental growth rate but remained firmly as 4th.

Dan Larimer proposes to resolve netwo…
I Want My Receipt! Lady Who Slept Wit…
Why Affiliate Marketing For Seniors I…
Where To Stay In Barcelona 2020 [The …
A guide to male enhancement – Tacklin…

The rest of the nation saw more dramatic monthly rental growth rates, between 4-5%, along with a handful of double digit year over year growth rates as well, picking up from a relatively flatter past couple of months in both regard.

While Columbus had the fastest growing rent in the nation last month, up 5.7%, Santa Ana saw the biggest rent dip, decreasing 5.1% to $1,690.

–Columbus, OH one bedroom rent had the largest monthly growth rate, up 5.7% to $740. This huge bump also moved up the city 1 spot in our rankings to become the 88th priciest city.

–Akron, OH one bedroom rent, though ranking as the most affordable in the nation, had a large monthly growth rate, climbing 5.5% to $580.

–Providence, RI moved up 2 positions to rank as the 15th priciest city with one bedroom rent jumping 5.3% last month to $1,580.

–New Orleans, LA moved down 5 positions to rank as the 24th most expensive city with one bedroom rent decreasing 4.9% to $1,360. 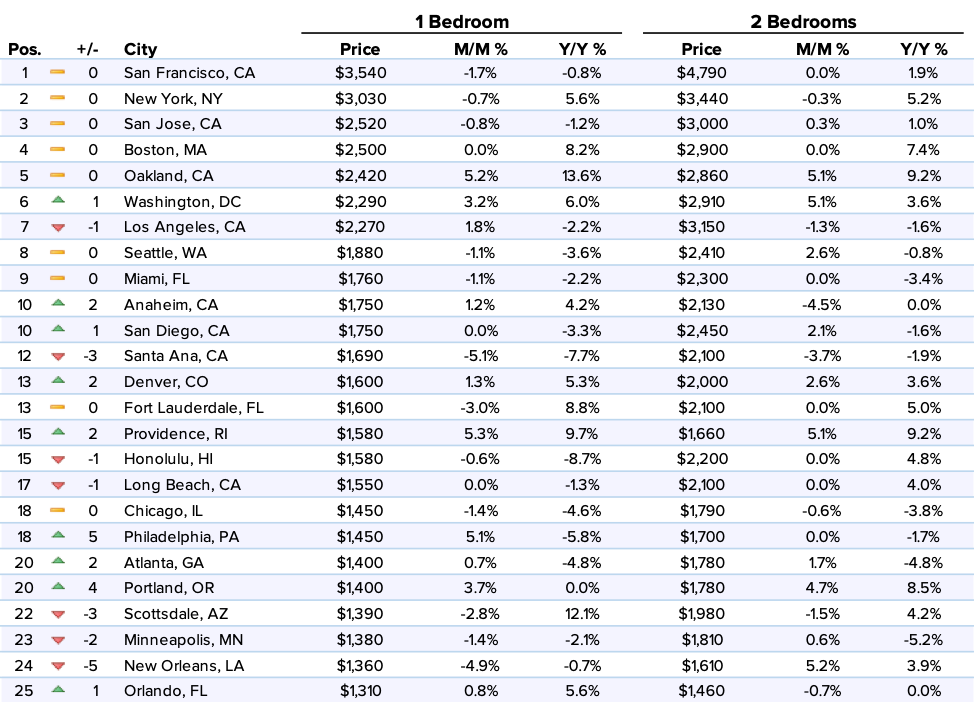 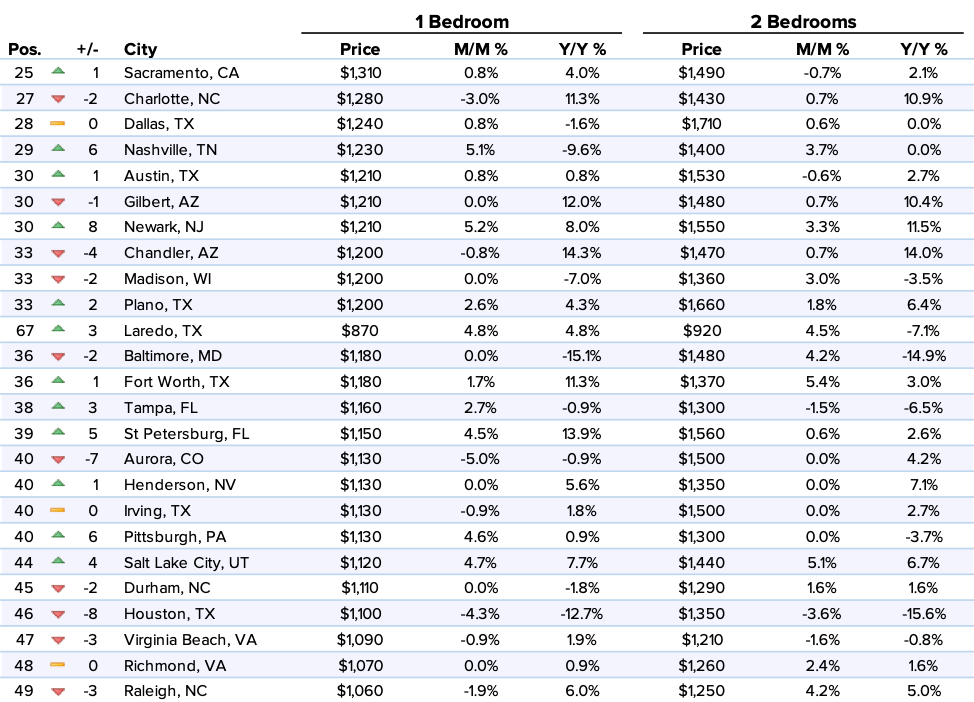 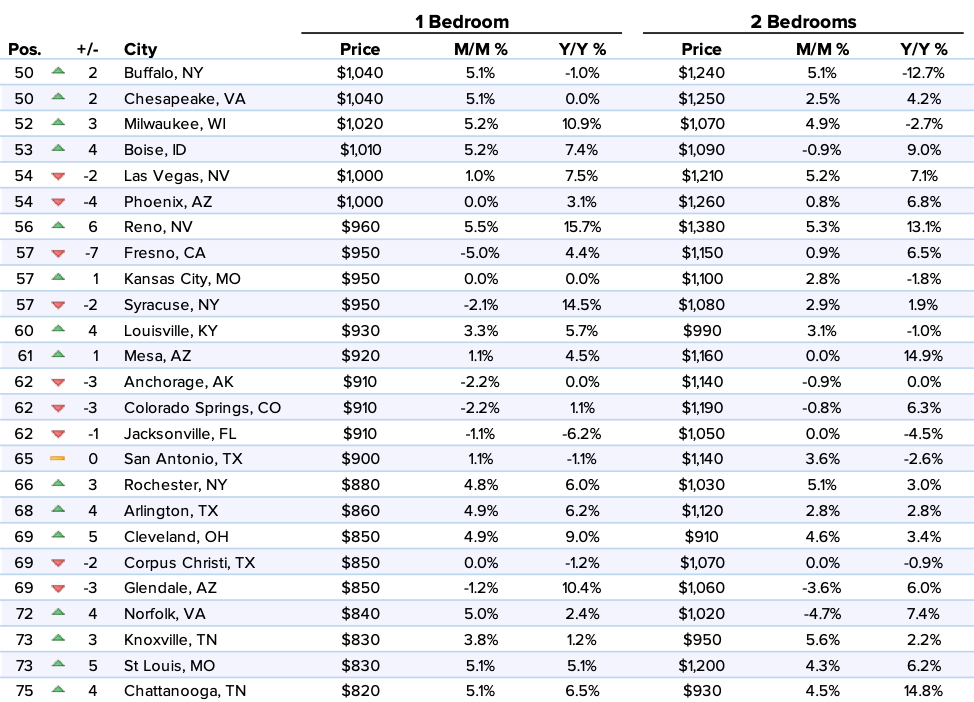 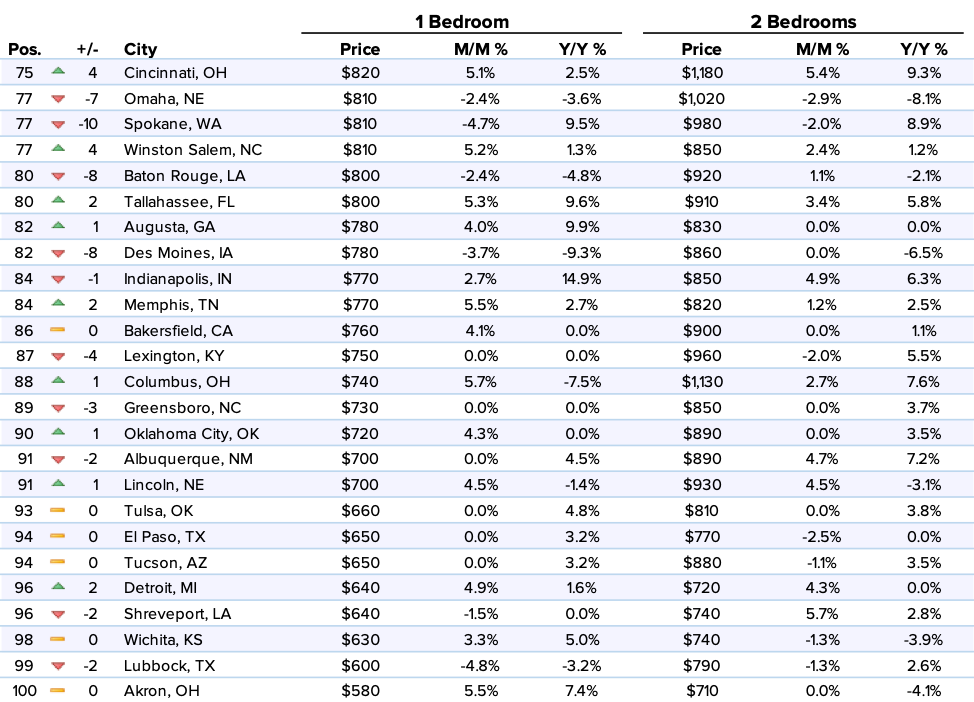 The Zumper National Rent Report analyzes rental data from over 1 million active listings across the United States. Data is aggregated on a monthly basis to calculate median asking rents for the top 100 metro areas by population, providing a comprehensive view of the current state of the market. The report is based on all data available in the month prior to publication.

If you’re interested in a more in-depth explanation of how and why we calculate our rent data, view our methodology post.