The Bay Area has seen a surge in rental prices, but that’s not stopping new grads, singles, and Young Professionals from finding affordable places to move in San Francisco. Although it’s not your typical sunny Californian destination, there’s still plenty of things to do, people to meet, and places to see–not to mention the job opportunities! Read on to find out where to live in the nearly 50-square-mile City by the Bay. 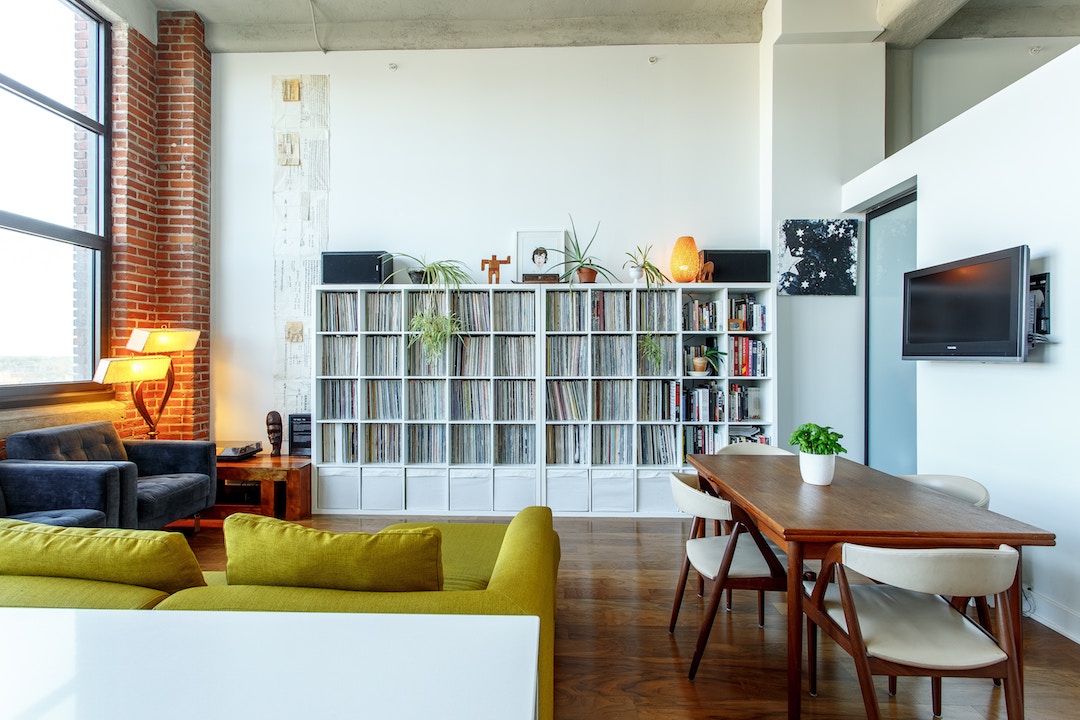 Dockside shipyards, warehouses, and factories have been transformed into live-in artists’ studios, hip shared spaces, and indie shops in the waterfront enclave of Dogpatch. Nestled between fancy Potrero Hill and the bay, this can-do ‘hood is shedding its rough-around-the-edges reputation and becoming a hub for creative industries, from brewing to branding. Artists are attracted to SF’s latest boomtown neighborhood for its space and more affordable rent, while foodies are attracted to its farm-to-table restaurant scene.

Third Street offers a mix of trendy restaurants, brunch cafes, brew pubs and wine bars, as well as the Museum of Craft and Design. Dogpatch Arts Plaza, an 8,000-square-foot outdoor space at the foot of 19th Street, hosts evening concerts and impromptu jam sessions. Huge developments at Pier 70 and the old Potrero Power Plant promise a population explosion–set to grow by 8,000 by the year 2025. 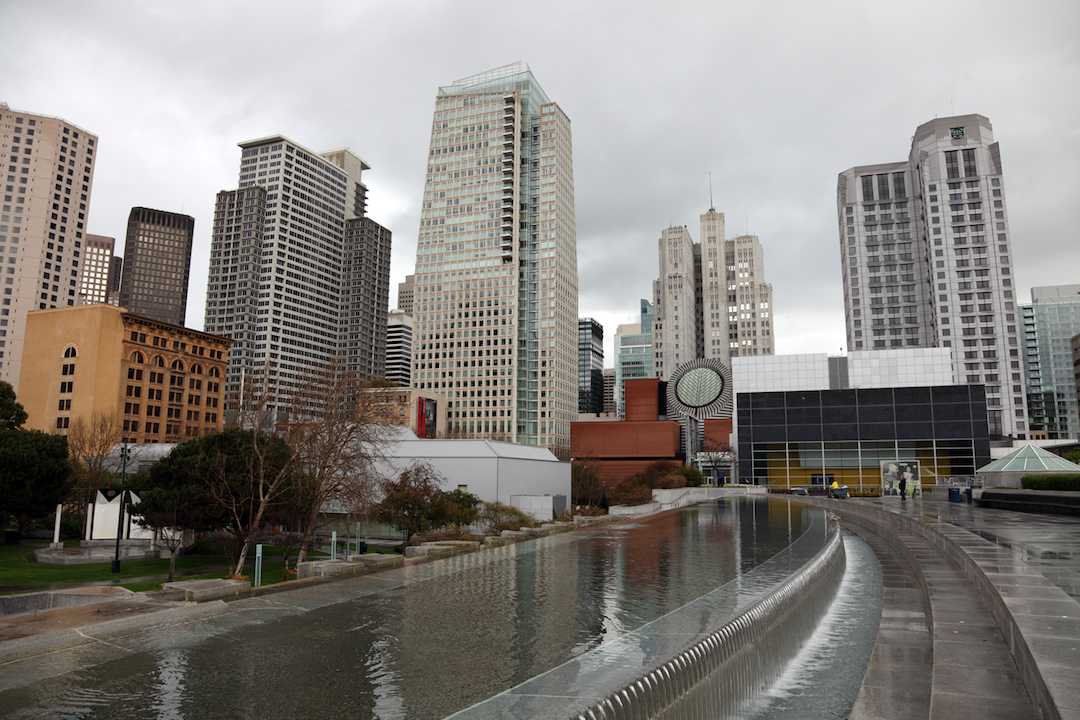 The area is also home to many of the city’s museums, as well as the headquarters of several major software and internet companies, and the San Francisco Giants! SoMa was the OG tech hub of the city, and the last ten years has seen extreme gentrification of this neighborhood. Each pocket of Soma is different from the next, so it’s hard to put too fine of a point on this massive hood. 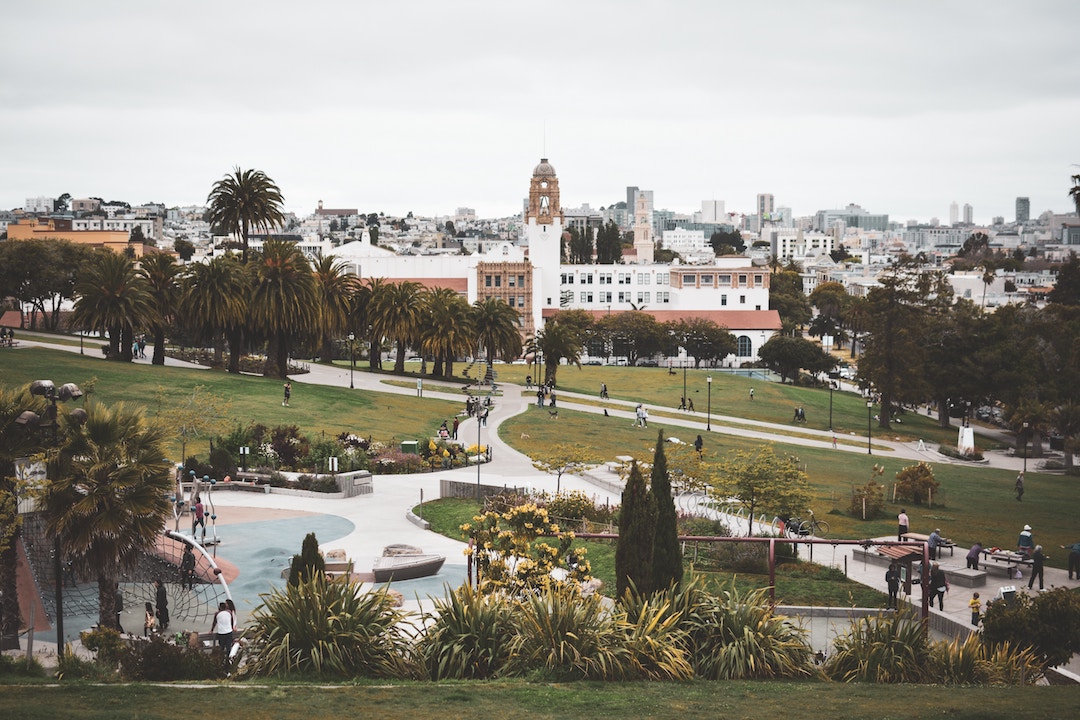 The Mission District aka “The Mission,” is named for the oldest standing building in San Francisco, the Mission Dolores. Sunshine can be hard to come by in the bay, but this area offers the most Vitamin D in the city. Mission Dolores Park regularly attracts sun bathers, day drinkers, and just about everyone to its grassy knolls on the weekends. The Mission is also one of the most culturally diverse areas of SF, as numerous Latino artistic and cultural institutions are based in The Mission. If you like street art, dive bars, coffee shops, and Mexican food, this ‘hood is for you.

Historically, the Mission District has been home to artists and activists, which contribute to the district’s bohemian vibe. Residents can catch concerts, cultural events, and more in the urban playground, while taking in the amazing views of downtown San Francisco. The Mission’s proximity to downtown SF draws in young professionals, while public transportation by bus or BART makes commuting within or outside of the city a breeze for the ever-growing barrage of creative entrepreneurs and technopreneurs. Known for its vibrant Latino culture, The Mission plays host to many annual festivals, parades, and fairs, including SF’s famous Carnaval celebration each Memorial Day weekend; the Day of the Dead; First Friday food and art crawl; and more. The best part? Affordable housing options (by SF standards anyway). 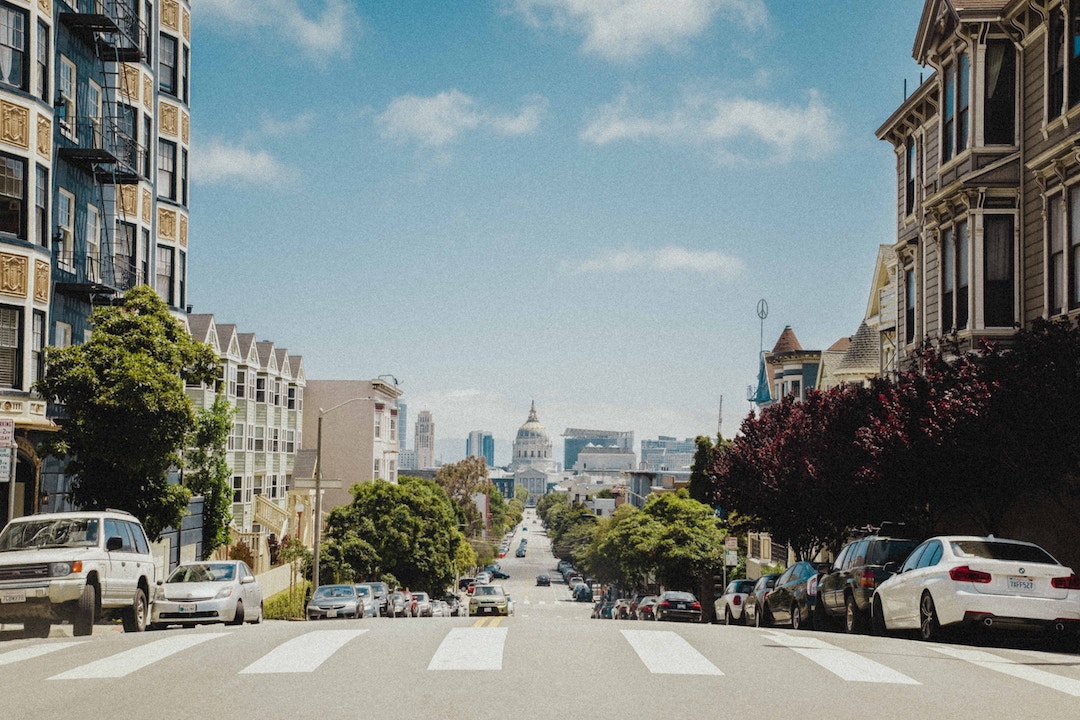 What was once more of a seedy red-light district just a couple of decades ago has become a chic mecca of high end boutiques, Michelin-starred restaurants, and luxury apartments. Tucked away from the frenetic pace of nearby Market and Van Ness corridors, this quaint urban ‘hood’ houses a variety of young professionals and new parents. One of the smaller San Francisco Neighborhoods, this well-designed urban space makes the the tree-lined streets very walkable, whether you’re on your way to brunch or an epic night out. With dozens of MUNI lines available, you can pretty much get anywhere you need to go via public transit, but there’s quick access to the 101 and 80 for drivers. 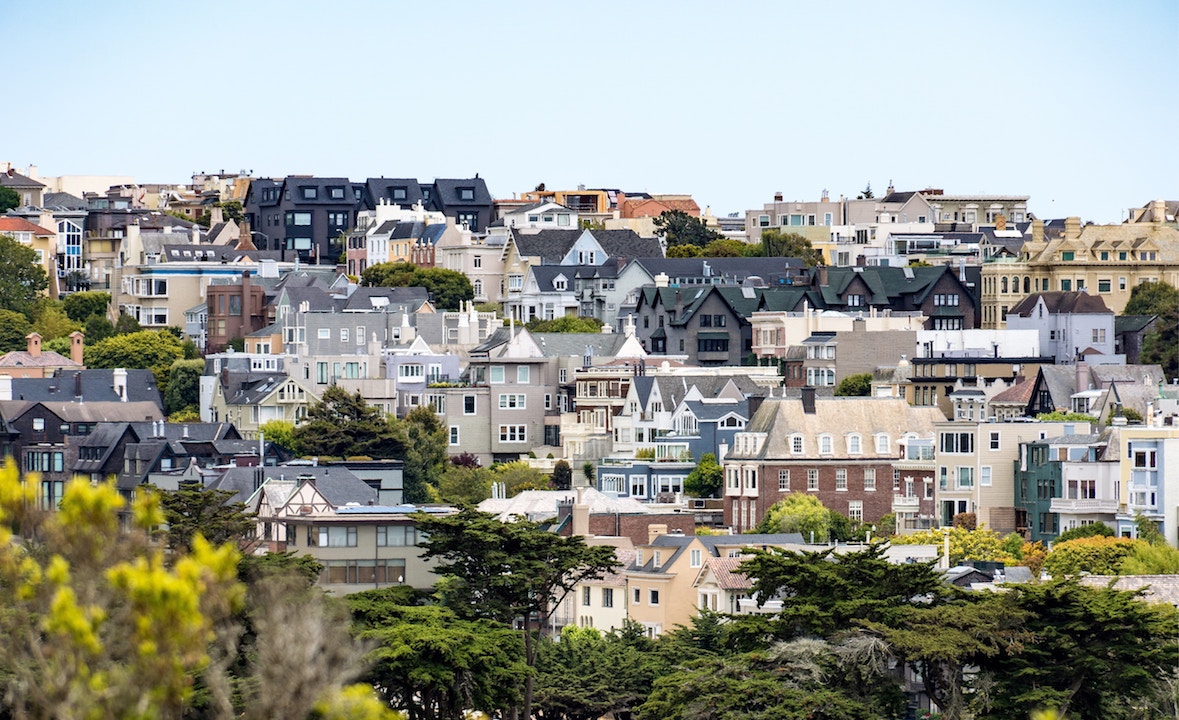 Polk Street is part of one of the oldest neighborhoods in San Francisco. If you’re into the bustling nightlife, but want a quieter area abounding with boutiques, neighborhood bookstores, coffee houses, and hangout spots, Upper Polk offers the best of both worlds. Explore the area’s cocktail lounges and bars with fellow college grads on the weekends. There are plenty of buses, which is the commute of choice for young professionals en route to and from the Financial District during rush hour.

This lofty locale is just a few blocks away from Chinatown, Financial District, and Union Square. Hop on a cable car or MUNI bus, or just hoof the strenuous five-minute hike up the steep incline to get to the top of Nob Hill and refresh yourself with a drink at Top of the Mark–the neighborhood classic offers sweeping views of the city. 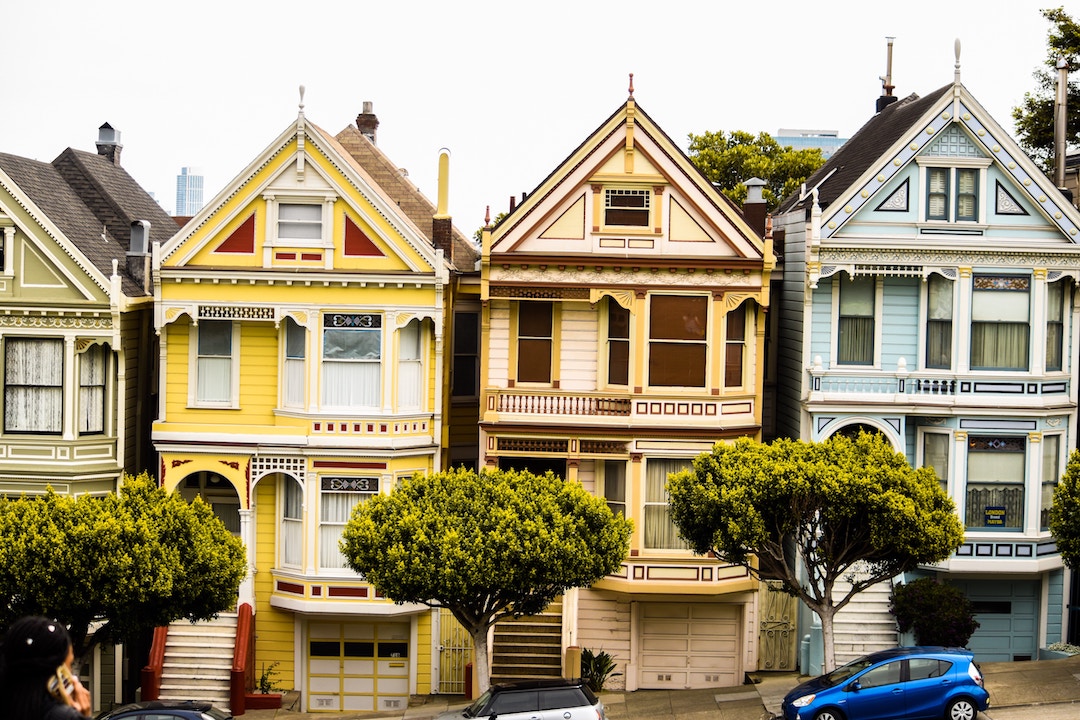 Adjacent to the famous Haight Ashbury neighborhood, on the eastern side of Divisadero Street, the Lower Haight area is is full of charm, trendy salons, craft breweries, colorful murals, and cheap eats. This low-key neighborhood prides itself on its quintessential San Francisco architecture–vintage Victorians. There aren’t as many retail options as in the Upper Haight, but it does have the same boho vibe due to the diverse community, full of folks with a penchant for great music, art, and food. Most residents walk, bike, or bus. Avoid the steep incline on the way to Upper Haight and bike The Wiggle Trail, which runs throughout the neighborhood. 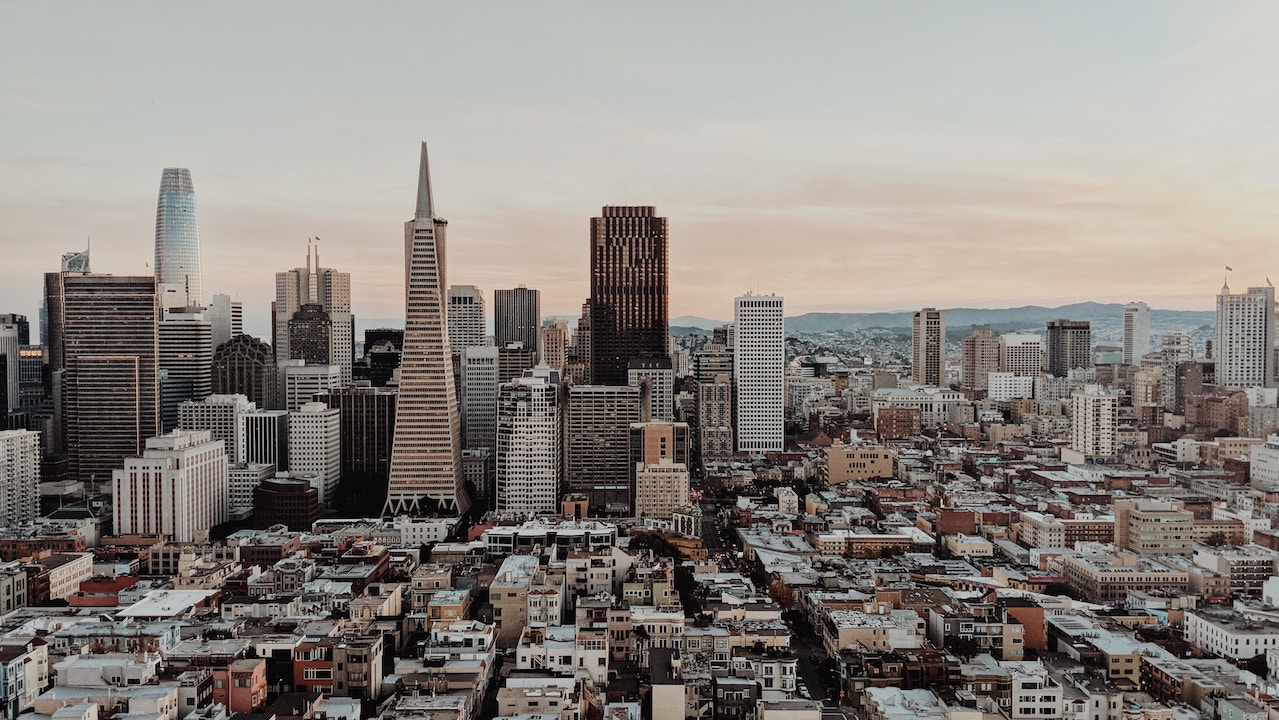 North Beach, aka Little Italy, can be seen as a lower-rent Marina, with plenty of history, character and nightlife. Grant Avenue, the oldest street in San Francisco, is full of interesting stores, delicious dining options, and plentiful clubs and bars. The many sidewalk cafés and pasta joints are reminiscent of the historically large Italian American population, but these days there’s a higher percentage of Chinese Americans, as the lines between North Beach and Chinatown have become a beautiful blur of culture.

Adjacent to the Financial District, and Russian Hill, the flat parts of the neighborhood offer standardized post-quake walk-ups (hope you’re cool with three stories), while higher-end rentals and single-family homes sit atop the hill. This neighborhood’s convenient location and number of cable car, Muni, and BART stops make it easy to get anywhere in town. The sunny, green oasis of Washington Square Park is perfect for picnicking, strolling, and gawking at the breathtaking architecture and views. Plus, you’re close to Pier 39 and Fisherman’s Wharf, perfect for when your out of town visitors want to see the touristy spots.

Think you’re ready for the big move to San Francisco? Get your bags packed, find your new apartment and head to the City by the Bay; your neighborhood is waiting!