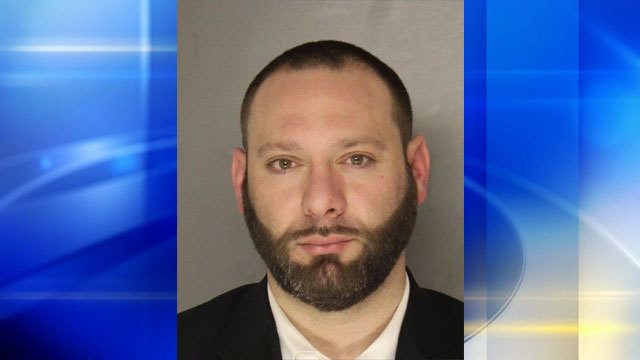 Summary: A Pittsburgh attorney is accused of covering up a friend’s heroin overdose in his vacant apartment by disposing of their body and car.

Witnesses told Pittsburgh police that Kevin Abramovitz, a defense attorney, refused to call for help when his friend overdosed in his apartment. The police report stated that Abramovitz, 37, went as far as to move the victim’s car, wipe it down, and get someone to dump his friend’s body in the alley. The victim’s body was found in an alley of Squirrel Hill wrapped in a purple comforter. His car was found a week later parked just three blocks away, according to the Pittsburgh Post-Gazette.

Abramovitz was arrested February 2 at the Allegheny County Courthouse. The case was sealed until it went through the county’s investigating grand jury. Once he was formally arraigned Monday before Common Pleas Judge Jill E. Rangos, the criminal complaint was made public.

Four unnamed witnesses went to the police about the event that happened June 23-24 involving the fatal overdose of a young man. The witnesses indicated that Abramovitz’s girlfriend Danielle Smith helped cover up the death as well.

The police ultimately charged the attorney with intimidating witnesses, conspiracy, hindering apprehension, obstruction of the administration of law, possession of a controlled substance, recklessly endangering another person, unlawful taking and more.

The probable cause affidavit states that Abramovitz was letting a friend stay at a vacant apartment he owned in Squirrel Hill. On June 23, the friend bought heroin in the Hill District stamped with the label “Call of Duty.” The friend allegedly went to another friend’s house to get high. Around 9 that night, the friend and witness No. 2 called Abramovitz and Smith, meeting them at Abramovitz’s house before traveling to the vacant apartment.

Witness No. 2 stated that Abramovitz and Smith stayed at the apartment for around an hour before leaving. The friend and Witness No. 2 decided to get high again. The witness recalled, “shooting the heroin and immediately ‘falling out,’ meaning he/she had overdosed.” The witness eventually woke up, finding the friend unconscious. The witness started CPR while calling Smith.

Smith and Abramovitz arrived at the apartment a few minutes later with Smith taking over CPR. The friend still had a heartbeat and pulse at the time, according to Smith. Abramovitz left to locate some Narcan, a drug that can reverse an opioid overdose. He returned with the drug but it had no effect on the friend. Witness No. 2 asked for them to call 911 but they refused because they did not want to “get in trouble” with the police.

The next morning at 5:55 am, the Allegheny County 911 received a call of a fatal overdose on Annette Way in the Squirrel Hill area. The responding officer found a body inside a purple comforter in front of a three-car garage at the back of a home on Fair Oaks Street. The man was pronounced dead at 6:17 am. A heroin bag stamped with “Call of Duty” was found in the man’s pocket, along with pills.

Witness No. 4 stated in the complaint that they spoke to Abramovitz six hours after the body had been found. This is when Abramovitz informed the witness that he had moved the victim’s car, allegedly wearing gloves to do so and wiping it down of any fingerprints or potential DNA traces. The victim’s blue Hyundai Santa Fe was found July 1 just three blocks from where the overdose occurred, according to the police.

The witness then told police that Abramovitz and Smith discussed “putting a bullet in his/her head” because they “knew too much”. Smith was arrested just over a month after the fatal overdose. She had Xanax and methamphetamine on her when she was arrested. The complaint stated that the drugs belonged to Abramovitz.

Should people get in trouble for reporting someone who has overdosed? Share your thoughts with us in the comments below.

To learn more about attorneys and drug overdoses, read these articles: