Blithering Baloney from Politico on MORE 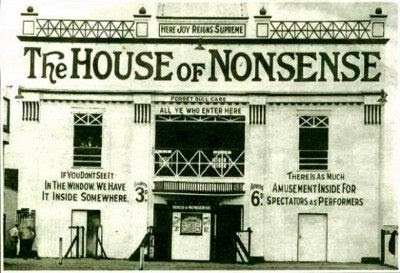 I was in Texas, heading toward a detention center when someone emailed me this piece from Politico. The headline blares, "Democratic Socialists look to take over New York's powerful labor unions." I found that pretty interesting. I'm not all that familiar with Democratic Socialists, but I know quite a bit about MORE, having run twice and won once with their backing.

The first time was all about making connections. People I respected wanted to make inroads into the state union,  None of those people are any longer affiliated with what MORE, but they were then.  I ran around the whole state like a bloody lunatic trying to become Executive VP of NYSUT.

I got a lot of guidance and support from small locals in Long Island, but almost none whatsoever from what's now left of MORE. In fact, they argued against even trying, saying that winning brought a possibility of corruption. I can't really argue with that, but not trying to win brings a 100% likelihood of getting nothing done.

It was a few years later that a bunch of us, none of whom are now affiliated with MORE, decided we would make a run to win the UFT HIgh School Executive Board seats. It seemed less quixotic than the NYSUT run, perhaps even viable, so I was all in. We published and distributed a newsletter, at our own expense. (After the election, current MORE leadership appropriated the newsletter and rapidly allowed it to drop dead. Writing and distributing newsletters citywide is, you know, work.)

I was beyond thrilled when New Action offered to run with us. This was the element, I thought, that would bring us over the edge. The people currently associated with MORE argued against it. Would we compromise our principals by running with them? There was a vote, they lost, so we ran together and won the seats.

I'd be driving to school early in the morning and I'd get calls from the people left in MORE.

"We want to support you. Can you come to a meeting on Saturday to discuss the E-Board?" (They call it the E-board. Being very busy, they haven't got time to enunciate long words.)

"Why don't you come before the meeting on Monday? We're always there a couple of hours early, and we meet with everyone."

But they were busy on Mondays. I know how that is. Not only am I busy on Mondays, but I now go to UFT Executive board two Monday nights a month. I teach five days a week, I'm chapter leader of the largest school in Queens, the most overcrowded in the city, I write this blog, I walk my dog, and I do five million other things.

"We want to meet with the guy who never comes and see what he thinks."

"What does it matter what he thinks?" I asked. "If he doesn't come, he's nobody."

"We want to see how we can involve him if he doesn't go."

Ludicrous, I thought. I declined to go, but Mike Schirtzer attended. He told them we'd like to work on expanding our victory and winning the middle school seats. He spoke for both of us, as I was probably walking my dog, or drinking coffee, or watching cartoons, or doing whatever working teachers do on Saturdays.

MORE did not lift a finger to help us move ahead. Instead, in an effort to antagonize and alienate us, they decided to pick idiotic fights. Their grand plan was to take charge of the organization, which they figured would flourish in our absence.

Ostensibly because I'd promoted a resolution to lower class sizes without approval of their steering committee, a committee whose existence I was not aware of, they voted that every resolution we proposed would have to be run by said committee 24 hours in advance. (Evidently demanding smaller class sizes was a controversial issue among this committee.) This was after Unity resolved we give them one hour's notice.

Because they are so clever, MORE did this on a day I was working as a volunteer at a UFT event for ELLs  If I'm not mistaken, it passed by one or two votes. I'd have voted against it if I were there, and I'd have gone if I hadn't had a commitment to be elsewhere. Nonetheless, I'd run under an agreement that I'd support MORE's priorities, but was free to bring up my own. They broke that agreement. I don't know about you, but I've got little regard for people I can't trust.

A few months later, their cleverness failed to bear fruit. The vital steering committee had to be elected again, and was term-limited. Those people, the ones whose approval I ought to have begged for, all lost their positions. A new committee was elected. This was intolerable.

No remedy would do but a mass purge. It included Mike Schirtzer, who sat with me on the Executive Board. (As far as I can tell, the only reason I wasn't expelled was that I'd stopped coming to their meetings, but I would have stood by Mike regardless.) They also dumped the entire steering committee, you know, the one it was so important to run things by. Evidently, if they weren't on it, it was of no importance whatsoever.

What's left of MORE did not give a golly gosh darn about any of its bylaws. It did whatever it wanted. It followed no rules whatsoever. In internal documents I've seen, they referred to us as "right-wingers." That, evidently, is what you are if you support Bernie Sanders for President as opposed to, well, whoever they support. In writing, that's how they rationalized doing what they did.

Here's what the writers at Politico see fit to quote:

“UFT is the largest local of one of the largest unions in the country. It has the potential to be extremely influential in electoral politics,” the group wrote. “It is extremely internally undemocratic, but there is a reform caucus, MORE, which has many active DSA members.”

This person quoted has not got the foggiest idea what she's talking about, and the reporters have not bothered to look any deeper. The myopic jackasses who run MORE are among the least democratic individuals I've met in my entire life. They want what they want, and have no scruples about lying or cheating to get it. Furthermore, they have urgent priorities that somehow preclude supporting those of us actually out here doing the work.

Their antics caused them to lose 80% of the vote they got last time and irreparably fractured opposition in the UFT.  Not only that, but they frittered away a name it took years to build. To suggest that MORE leadership is on the verge of anything but having another meeting where they discuss how cool and elite they fancy themselves is outlandish. Their appeal is sorely limited and none of them have the energy to lead anything beyond a patty cake session.

LeRoy Barr told Mike Schirtzer and me that they, leadership, wanted to keep us on the UFT Executive Board. He asked us to our faces to keep challenging them because they thought it was healthy. That was a whole lot different from what we heard from MORE.

MORE blew their chance to be a big tent, a viable entity to help all teachers. I'm chapter leader of a large school, and I represent 300 people. I don't have the luxury of examining whether they are left wing, right wing, or dual-winged, I represent absolutely every member, regardless of political inclination. That's what a union does, but that's not what MORE does.

What's left of MORE prides itself on being intolerant and insular. It does not wish to deal with viewpoints that vary one iota from theirs. As for what that viewpoint may be, I have no clue. I only know that whatever it is shuts me out as a "right-winger."

If I am a right-winger, so is a good 95-99% of UFT membership. What's left of MORE represents what's left of MORE, and little else. One of their members, not satisfied with having her ass kicked  by Michael Mulgrew in a UFT election, ran for Lieutenant Governor with Howie Hawkins and managed to lose by an even more spectacular margin. This seems to reflect the current vision of MORE.

What's left of MORE is the ghost of Teachers for a Fair Contract, which never got anywhere and never won anything. They've got small shoes to fill and they fit right in. Too bad Politico doesn't ask more questions of more people. Nonetheless when MORE sets its eye on losing, they do so in a big way.

MORE is a house of cards, propped up by fraud and gross intolerance. That may fly on a national level, bolstered by well-financed Fox News, but I don't see it catching fire on a shoestring anytime soon in New York City.

Blithering Baloney from Politico on MORE