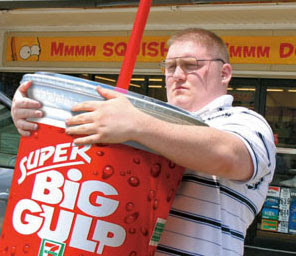 At the DA last week, Mulgrew spoke to the evaluation process. He said that it wasn't enough to get fewer observations, and that we had to improve what happens. He's said that both UFT and DOE agree that the current process is meaningless. The UFT position is we somehow have to find a constructive process.

Even as he says that, the DOE resists placing two observations in place now because they've planned out APPR to work the way it works now. It's evidently too much trouble for them to change the number. They're all set to do it this way, so how could they possibly do it any other way? That's precisely the sort of attitude that makes meaningful evaluation such a remote ideal.

Admittedly, one of the reasons so few of them teach nowadays is the insane evaluation system. My AP supervises 42 teachers. Let's say some are rated highly effective and take three. That still means 150 observations, 150 written reports, and 150 meetings with teachers to discuss them. That's not to mention 42 initial meetings, or any non-evaluative observations she may see fit to do.

Let's say you have another type of administrator, the kind that doesn't bother with non-evaluative observations, because why bother helping anyone? There are quite a few of those floating around. Let's say your administrator is super pissed off about having to do the required amount of observations, because why did he bother getting out of the classroom at 30 if he had to do All This Work?

Let's say you work for one of the scores of administrators I see profiled in the tabloids, who show up late, don't show up at all, falsify observations, have sex with other APs on their desks, and give interminable lectures on the perfidy of teachers at the drop of a hat. Let's say your administrator writes up things that didn't actually happen during your observation because the voices in his head contradicted what was happening right in front of his face. Or perhaps he overindulged the alcohol the previous evening, couldn't focus during the lesson, and just made stuff up. Who knows what evil lurks in the hearts of administrators?

I've been fortunate to largely have supervisors who are Not Insane, even though I've mostly taught in trailers and glorified closets. A great many of my brothers and sisters have had terrible, outrageous supervision. To make evaluation meaningful, I'm supposing someone would have to outfit Boy Wonder supervisors with souls, not precisely an easy task.

Another possibility would be to hire competent supervisors. There are some of them around. Every good supervisor I've seen or known has been a longtime teacher. People who teach for two years and then leave the classroom are unlikely to know what's going on with career teachers, let alone have the capacity to offer worthwhile advice. Nonetheless, Bloomberg's Leadership Academy made a career out of spitting out instant supervisors. They did this very much like Dunkin Donuts pushes out chocolate glazed, except Leadership Academy made absolutely sure every one of their supervisors tasted like crap.

It's a lofty and worthwhile goal to instill trust and a helpful atmosphere between administration and teachers. It's also a gargantuan task. I'm glad I'm not in charge.