A state representative in Pennsylvania is taking aim at Reverse Mortgage counseling in a newly-proposed piece of legislation designed to curb the “pitfalls” of engaging with reverse mortgage products by restricting the counseling process to face-to-face sessions only in the state. This is according to materials released by the office of the sponsor representative, Morgan Cephas (D), and a letter she wrote to the state’s legislature.

Currently, the only state in the nation which requires face-to-face counseling sessions for reverse mortgages is Massachusetts, a territory that has been beleaguered by issues after that requirement has clashed with health guidelines and virus mitigation tactics stemming from the COVID-19 coronavirus pandemic beginning in March, 2020.

While Rep. Cephas’ proposed Pennsylvania legislation does allow for certain exceptions that are not legislatively codified in Massachusetts, the reverse mortgage industry is still seeking engagement with her office to determine how industry participants and the trade association might be able to support her efforts.

In a memorandum issued to all members of Pennsylvania’s House of Representatives on January 19th, Cephas describes the economic hardships being faced by seniors across the state as a potential catalyst for more of them to explore reverse mortgage options, and why a new counseling requirement should be sought by the legislature.

“Today, many Pennsylvanians face economic struggles. In response, some of our seniors have decided to enter reverse mortgages, which allow them to borrow on the equity of their home in exchange for a lump sum, fixed monthly payment, or line of credit,” Rep. Cephas writes in the letter. “While this may help seniors access their assets without selling their home, many may end up paying more than before, and some could even lose their home.”

Indicating that many seniors may not be aware of the ways in which a reverse mortgage could impact their financial situation, Cephas’ proposal is one designed to increase clarity while also allowing other forms of counseling to take place if a face-to-face meeting cannot proceed.

“Pennsylvania’s seniors should be made aware of the potential downsides before entering a reverse mortgage,” she writes. “That is why I am introducing legislation that would require face-to-face counseling with an approved financial counselor before one begins a reverse mortgage. If the meeting is unable to take place face-to-face, the potential borrower could also meet with a counselor over the phone or through video teleconference.”

Her letter ends with a request for co-sponsors to join her in introducing a bill to the chamber. As a bill has yet to be introduced, it is not yet publicly available.

Cephas’ office also published a press release to inform the public about her efforts involving a potential reverse mortgage counseling bill, again describing a need to clarify for seniors the ways in which a reverse mortgage could potentially impact their financial and housing situations.

Cephas ends her public announcement by reiterating the need for seniors to fully understand reverse mortgages.

“I want seniors in my district and across the commonwealth to get the support they need as they make life-changing decisions,” Cephas said in her announcement. “This legislation will help ensure they are provided the support they deserve.”

RMD reached out to Rep. Cephas’ office but did not hear back as of press time.

When reached for comment, National Reverse Mortgage Lenders Association (NRMLA) President Steve Irwin described for RMD that the trade association is aware of the effort and will seek to engage with Rep. Cephas directly. 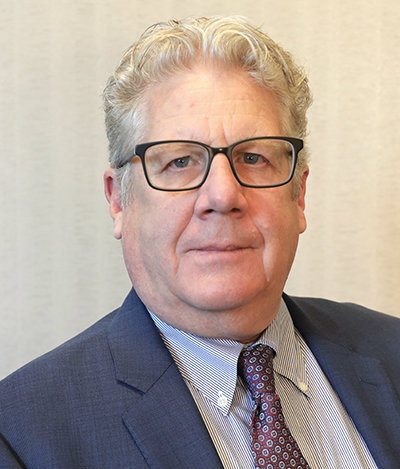 “I am aware that State Rep. Morgan Cephas is preparing a bill for introduction. While Rep. Cephas indicates the bill would require face-to face counseling, she also indicates that there would be exceptions to the requirement,” Irwin said. “NRMLA is preparing outreach to the bill’s sponsor to get clarity and to find ways we might be able to support this bill.”

Support would of course be contingent on seeing the language in the bill as it would be introduced to the legislature, Irwin said, at which point it will go through the committee review process.

“NRMLA will coordinate with our State and Local Issues Committee once we can determine the legislative intent and actual content of the bill.”

RMD reached out to reverse mortgage professionals active in Pennsylvania, who related caution about the potential effects such a bill could have on the business in the state. Some voiced concern about potential duplication of issues being faced in Massachusetts, including Steve Broaddus, national manager of the reverse mortgage team at First Alliance Home Mortgage in Richboro, Penn.

“Some of the potential issues that jump to mind here locally would include a lack of counselors,” Broaddus tells RMD. “This would be a reality not only in populated areas where demand would be higher thus creating a backlog for appointments, but even worse in some of the rural parts of the states where housing counselors may not even exist locally.”

A concern about the availability of counselors was also shared by Jason Eichmiller, reverse mortgage professional with Key Home Lending in Ambler, Penn.

“Much of Pennsylvania is extremely rural,” he said. “It wouldn’t be a stretch for some Pennsylvania residents in the Poconos or the central part of the state to have to travel hours to meet with a counselor.”

Reverse mortgage counseling is a requirement for any borrower engaging in a Home Equity Conversion Mortgage (HECM) transaction, as dictated by the U.S. Department of Housing and Urban Development (HUD). Counseling must be completed by an independent third party, and must be attended by all borrowers, co-borrowers, non-borrowing spouses, conservators, guardians and Powers of Attorney for any borrower not fit to attend a counseling session alone.

The industry has also largely replicated that requirement for its proprietary offerings designed to serve higher-value homes. Rep. Cephas does not mention existing counseling requirements in either her letter to the legislature or her press release about her current legislative effort.

In Massachusetts – the only state currently requiring face-to-face reverse mortgage counseling – business there was effectively put on hold in March 2020, when physical distancing and other virus mitigation measures conflicted with the face-to-face counseling requirement. There was no codified alternative for scenarios in which a face-to-face session would be unable to take place. An emergency bill passed by the legislature there restored business through June 2021, at which point an additional extension was put into place through December 2021.

That extension has since expired, hampering the ability to do business in the state once again while industry participants await new legislative action on the issue, which has seen COVID-19 cases rise significantly during the wave brought on by the more virulent Omicron variant of the virus.

This post first appeared on Reverse Mortgage Daily - News And Information On R, please read the originial post: here
People also like
30 Epic 50s Hairstyles for Men That Are Popular Again
Will there be homeless people in Heaven? Who cares?
Mac Mcclung Crazy Double Clutch Reverse Dunk To End The Lakers Season
Waterdrop – Save $150 OFF 800GPD Tankless RO System with UV Sterilizing Light – Waterdrop G3P800
What Exactly Predictive Analytics Is And How It Helps Businesses To Grow Faster?
Impact of Remote Work on the Real Estate Industry
Can Nootropics Help With Dementia?