The U.S. Department of Housing and Urban Development (HUD) marked the one-year anniversary of the Joe Biden administration on Thursday, touting what it describes as the administration’s accomplishments in housing while also offering perspective on the importance of the Reverse Mortgage program under the Federal Housing Administration (FHA).

This is according to a call with reporters held featuring several members of the Department’s leadership team, including HUD Chief of Staff Jenn Jones, Principal Deputy Assistant Secretary (PDAS) for the Office of Housing and FHA Lopa P. Kolluri, PDAS for Community Planning and Development Arthur Jemison and Senior Advisors Joe Carlile and Richard Cho.

Listed as a key accomplishment for the Department in the administration’s first year was the strengthening of the Mutual Mortgage Insurance (MMI) Fund, as well as new initiatives designed to protect vulnerable communities from discrimination in the housing system.

When directly asked by RMD about the place that the Hecm Program occupies in relation to HUD’s overarching priorities, PDAS Kolluri explained that HUD is bullish on the HECM program due to its positivity in the Annual Report to Congress released late last year. However, that does not mean that HUD nor FHA are resting on their laurels. 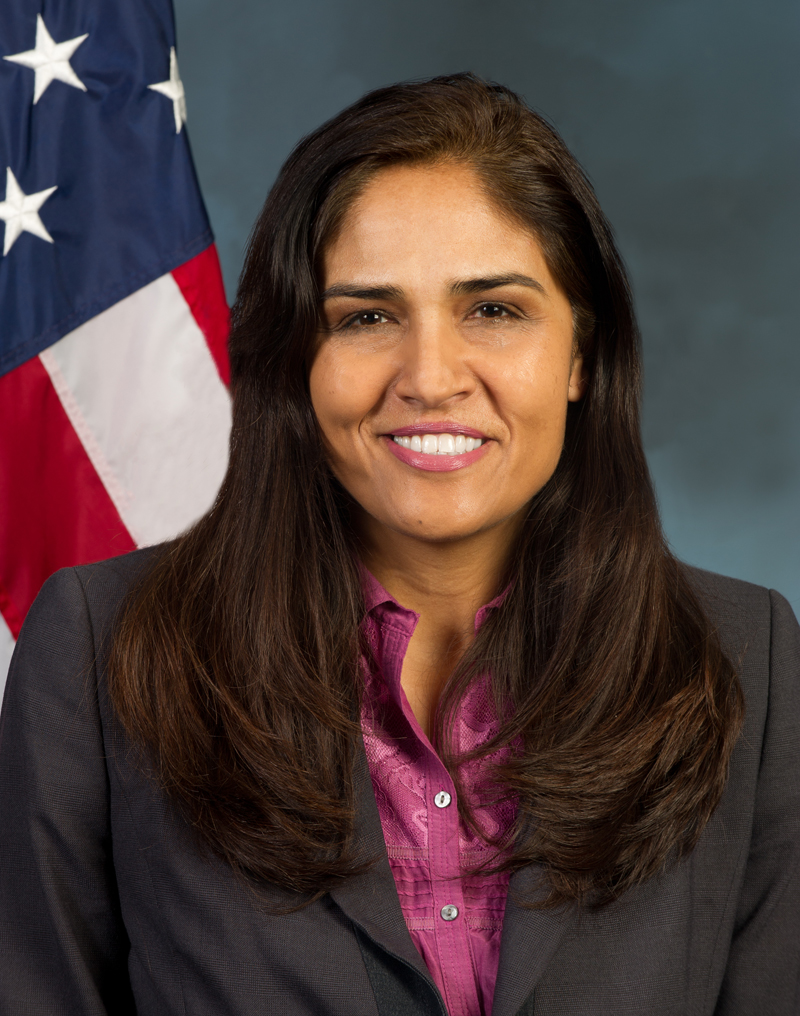 “I want to start off by saying that the HECM program is a high priority for HUD,” Kolluri told RMD. “As you know, we rolled out the MMI report late last year, and for the first time in several years, the HECM capital ratio was positive. We are excited and at the same time, we’re cautious about that. We do believe that the ratio for the HECM program is extremely sensitive to house price appreciation. And so, we want to continue to watch that.”

This is consistent with the attribution the report gave to the positivity in the HECM capital ratio, which stated at the time that HPA was a major factor in the improvement of the HECM book of business. Kolluri also explained that the HECM program is front-of-mind at FHA and HUD particularly in light of the effects the COVID-19 pandemic has had on seniors.

“One of the first things I would just say is that our highest priority for the HECM borrowers is to make sure that we protect those that are struggling as a result of the pandemic,” Kolluri said. “As a result, we have provided a whole set of policy flexibilities and waivers to make sure that they are protected throughout this time. The HECM program continues to be a strong and viable option for those seniors that are looking to age in place, and we want to make sure that we work on supporting the operational viability of program.”

Much of the past year in terms of HUD and FHA HECM policy has been in either extending reverse mortgage relief first handed down under the previous administration, or in establishing other forms of relief to HECM borrowers impacted by the ongoing pandemic. Most recently, this has included new guidelines for appraisals on both the forward and reverse mortgage programs, creating revised reverse mortgage program guidance which currently sits on the FHA Drafting Table and the extension of several other relief measures in different tranches.

Recent indications also point to reverse mortgage program reform serving as a legislative priority for FHA and HUD in 2022 according to a public notice posted to the website for the Office of Information and Regulatory Affairs (OIRA), a division of the White House Office of Management and Budget (OMB). When asked about this, representatives of HUD at the time said they had nothing further to add on its content.

In addition to the specific reverse mortgage components of the MMI Fund cited by PDAS Kolluri, the improved position of the MMI Fund generally was touted by several members of the Department as a key accomplishment of the Biden-Harris HUD.

“HUD announced a historically strong Mutual Mortgage Insurance Fund Report showing that, in addition to its emphasis on delivering relief options to homeowners financially impacted by the COVID-19 pandemic, FHA continued to deliver on its mission of enabling homeownership for first-time and low- and moderate-income, and households of color,” the Department said in a statement.

Because of this, the MMI Fund “remains well-positioned to withstand future economic events and endure the outcomes from the pandemic-induced delinquencies that remain in forbearance or are seriously delinquent,” the Department says.

Also touted in the discussion about the health of the Fund is the percentage of first-time homebuyers served by programs insured by FHA, while minority borrowers reached almost 42% of all FHA forward mortgage insurance endorsements, the Department explained.

“FHA served double the percentage of Black and Hispanic borrowers when compared to those served through mortgage originations by the rest of the housing market this past fiscal year,” the Department said.

One continuing uncertainty on the first anniversary of the Biden administration, particularly for HECM program observers, is the fact that the position of FHA Commissioner continues to be vacant. While President Biden did nominate housing advocate Julia Gordon to serve as the new, full-time FHA Commissioner, movement on her nomination in the U.S. Senate has been slow since her name was announced in June.

Speaking to Gordon’s nomination specifically, HUD Chief of Staff Jenn Jones described difficulty that arises when any government department is not fully staffed.

“Obviously for those paying attention, which I think are probably many on this call, we’re still awaiting confirmation for several of our assistant secretaries including the FHA Commissioner,” Jones said in response to RMD’s inquiry. “Here’s what I would say: the president has put forth a number of highly-qualified candidates in several offices for these roles. And I think we all know that government works better when you’ve got a full array and slate of committed, capable public servants to lead the work. So obviously, we are still hopeful that the Senate will move quickly to confirm all of our nominees that are awaiting confirmation.”

This post first appeared on Reverse Mortgage Daily - News And Information On R, please read the originial post: here
People also like
All You Need to Know Before Heading to Scotland, Things to Do, Not to Do, and Brilliant Advice
What would happen to a modern-day Moses in America?
30 Epic 50s Hairstyles for Men That Are Popular Again
Mac Mcclung Crazy Double Clutch Reverse Dunk To End The Lakers Season
Life Extension – $10 off $75 + Free Shipping for new customers
6 Things You Need to Do to Engage Your Gen Y & Z Employees