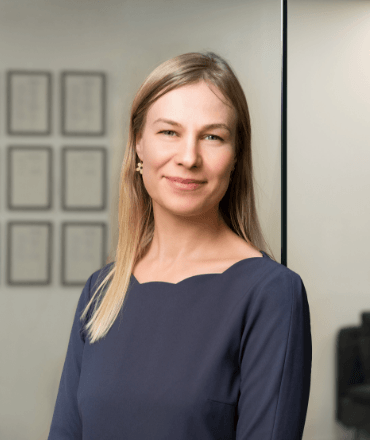 Lena Levin is Co-Founder and CEO of Via Surgical, a leading developer of novel surgical fixation solutions. She served as Co-Founder and CFO of PolyTouch Medical, which was acquired by Covidien in 2011. As an expert in financial and accounting management of growth-oriented medical device companies, she has completed numerous capital raisings from private investors and OCS and completed an M&A transaction with a multi-billion-dollar international medical device company.


Russ - Hello Lena. Thank you for being here with us today. Business Digest Magazine is looking forward to getting to know you and Via Surgical !


What was the inspiration behind the founding of Via Surgical?


Lena - My co-founders -- Ofek Levin and Arik Levy -- and I founded Via Surgical back in 2012 to focus on creating smart instruments that help surgeons perform surgeries in a less-invasive way. The three of us had previously led PolyTouch Medical -- which developed an advanced mesh-positioning device -- from inception to exit over the course of just two years. With Via Surgical, we have the same vision of supporting minimally invasive and robotic surgeries through developing dedicated surgical instruments. Specifically, we are developing fixation technologies that keep various prosthetics -- such as synthetic meshes or allografts -- in place following surgeries on soft tissues, such as hernia operations. We have made minimally invasive surgical procedures easier by developing FasTouch™, a lockable, closed-loop fastener similar to a suture that offers superior repair holding strength, durability, and flexibility, while being easy for surgeons to use in a busy operating room.


Russ - Can you please explain what is so novel about Via Surgical’s technology?


Lena - The gold standard of attaching medical repair meshes to soft tissues is suturing, which can be challenging in minimally invasive and robotic surgeries. Traditional sutures -- which involve stitching using a needle and thread -- are not adapted for minimally invasive surgery. Screw-like fixation solutions adopted from orthopedics can improve efficiency and save time, but those solutions are more suitable for dense or hard tissue such as bones and less so for more delicate  soft tissues. Tacks and anchors, while being easier to deploy, frequently dislodge as a result of routine activities such as coughing, laughing, and stretching.


Via Surgical’s FasTouch technology is designed to deploy suture-like closed-loop fasteners in a similar method to the deployment of tacks -- using a device that is shaped like a gun with a very long, thin barrel that “fires” the fasteners to affix a repair mesh to soft tissue. The suture-like implants can be quickly and easily deployed through laparoscopic incisions. Via Surgical’s fasteners hold a mesh to soft tissue more securely than tacks and anchors, and won’t dislodge easily.


FasTouch helps alleviate the two main causes of pain in the recovery process for hernia operations. If tacks or anchors dislodge when a patient coughs or stretches as they are still healing, the surgeon sometimes needs to go back in and replace them or repair the tissue. Also, while regular sutures offer less chance of dislodging, they also come with a larger incision area that takes longer to heal. So, with FasTouch’s design, a surgeon can have a smaller incision, which will heal faster. And because the FasTouch fasteners won’t dislodge as easily as tacks or anchors, there’s not as much chance of needing to go in for a follow-up procedure to repair tissue or replace the fasteners.


Russ - Since you developed this product specifically to help surgeons, what’s the response been from the medical community?


Lena - We’ve been very pleased with the reaction from surgeons, and they’ve been overwhelmingly supportive of how FasTouch helps them with minimally invasive procedures. For example, Dr. Amy Banks-Venegoni, the Assistant Professor of Surgery at Tufts University Medical School, told us that FasTouch is “very easy to use laparoscopically” and that it “doesn’t require the counter pressure you need to put on the abdominal wall.” Another surgeon, Dr. Karl A. Leblanc, Clinical Professor of Surgery at Louisiana State University and member of Via Surgical’s Medical Advisory Board, told us our technology “will replace transfascial sutures and still act as a transfascial suture.”


In addition to the great feedback we’ve heard from doctors about our technology, we were voted as one of the Top 10 Surgical Solution Companies by MedTech Outlook Review , a magazine that strives to inform healthcare facilities and medical institutions about trends, challenges, and solutions in medical technology. Via Surgical also received the Seal of Excellence from Horizon 2020, the EU’s research and innovation funding program.


Russ - Can you tell us a little bit about the development process behind the technology? How do you go about creating a product for surgeons and partnering with the right people?


Lena - As an innovator, I have to be very clear about what problem I am trying to solve. I do not start to conceive of a product before I hear from 99% of surgeons that “This is a problem, and I need a better solution.” It’s critical that surgical innovation starts with the excitement of surgeons. That’s why we are so appreciative of the input from the doctors who have tested our technologies.


We start by getting approval of our proof of concept. We go to conferences and talk to as many surgeons as possible because we want to make sure the technology is something the surgeons need and will use. Then we create a prototype and get feedback on it. Early on in the testing process for our FasTouch device, we heard from female surgeons that the grip was difficult for them to use because it had been designed for male hands. So we went back in and adapted it to make it also suited for a female surgeon’s hand.


Once we’re getting close to an FDA clearance, we sometimes will do papers or presentations for scientific conferences. This is where we can get more surgeons to start to try it out, and this clinical stage can take about a year. We’ve secured two U.S. Food and Drug Administration 510(k) clearances for the FasTouch™ Absorbable and FasTouch™ Permanent Fixation Systems, so we can really say the testing ultimately helped us create a superior product.


Russ - You’ve received a significant amount of funding so far. What has happened recently on the investment front for Via Surgical?


Lena - Since our founding in 2012, we’ve raised more than $12 million, including a $6 million investment round led by OTV VC. Most recently, we announced an investment from Asian manufacturing giant Catcher Technology, which is its first investment in the medical device industry. That support will accelerate Via Surgical’s growth in the APAC region and will support the development and production of our FasTouch system.


Russ - Female founders are rare in the tech space. Can you talk about some of the challenges you’ve faced?


Lena - When I founded my first company back in 2009, it was very rare for a startup founder to be female. Most of the trouble that I had early on was because I was trying to follow what I thought was the standard structure of a founder’s workday -- working late, frequent travel to conferences, networking on weekends, and so on. This stereotypical lifestyle is not for everyone, and it was definitely not for me.


I realized that I had to take a more multi-disciplinary approach with the company, where no one is saying “I don’t do that, because I just do marketing” or “I’m the CEO, that’s not my responsibility.” I encouraged collaboration at a high level, and I found that it actually boosted the performance of the whole team. At Via Surgical, we assign responsibilities based on people’s strengths and what they enjoy doing, and not by some narrowly-defined position title. This way, everything that needs to get done gets done by the person best able to accomplish the task. And I can make sure I am able to have dinner with my family and not spend all my time traveling.


Russ - And your company is majority female, isn’t it?


Lena - It is, but it wasn’t always that way! Typically, it’s not even a conscious choice to develop a majority male workforce. Men hire people they know -- and men tend to know other men. When I and my male co-founders were starting our second business in 2012, we interviewed and hired people we knew from school -- which happened to be all men. In 2019, we were 90 percent male. I was the CEO and the only female in the whole company. Interestingly, the moment I asked, “Why don’t we have more women on our team?” was the moment things started to change. I didn’t expect such a dramatic effect to result from just asking the question, but now our company is 60 percent female.


This process made me realize that if tech companies want to be more proactive about hiring women, the leadership needs to make it part of their strategic vision. And women who are in higher positions in their companies should also step forward and raise the issue. As I realized, awareness itself has the ability to bring about change.


Russ - Thank you for your time, Lena. It’s been a real pleasure talking with you. From all of us at Business Digest Magazine, we wish you all the best with Via Surgical as you continue moving forward.

Director at Academy of Business Digest