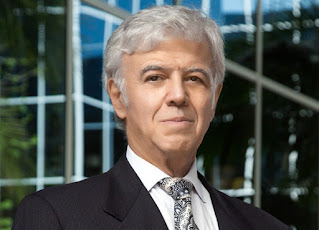 The world will never hesitate to feel confident in someone who is confident about himself and his actions. Having surpassed several hindrances with principles like these, Jack Kavanaugh is one such optimistic person. Want to know about his journey and the difficulties that he overcame? Let’s begin!

Jack Kavanaugh once had a thriving career in the field of dentistry. However, despite a decade of practice, he couldn’t continue it. It happened after he met with a skiing accident where he broke his neck and a leg.

However, Kavanaugh is not a person who gives up on dreams this easily. Rather, he is a person who is aware of how to come back. He went to earn his Masters of Business Administration from UCLA Anderson School of Management.

After that, he and one of his previous partners began to work with mergers and acquisitions. Together, they also came up with management and an M.B.A. consulting group. Even though he had established himself in private equity, he wanted to earn more skills, and so he returned to the Domain of Medicine.

He then went on to complete his M.D. at USC Keck School of Medicine. After this, he completed his residency at UCLA’s Jules Stein Eye Institute. Having earned the knowledge and skills in the domain of Medicine and Business, he came up with Amerident. Established in his initial period of residency, it earned more than 30 community service awards.

He paired his vision and efforts and came with exemplary results in several medical advancements and business initiatives. One such firm is Calhoun Vision Inc., which is a leading name in the domain of biotechnology. This firm was responsible for the first light adjustable intraocular lens.

In Tech Team, one of the firms he applied his insights in, he raised the share price from 11 cents to $25. He has also played a critical role in expanding the profits for PreCash. Not just this, but Kavanaugh was also active in ZetaRx Biosciences, a leading name for immunotherapy.

Jack Kavanaugh has also supported the foundation of Materia Inc. and SuperMetalix, Inc. He is the co-founder of Novonco Therapeutics and Nanotech Energy too. Apart from these firms, he also contributes his time to several philanthropic causes.  He and his wife support the City of National Medical Center, Art of Elysium, Jewish Big Brothers Big Sisters of America, and The Virginia Robinson Gardens.