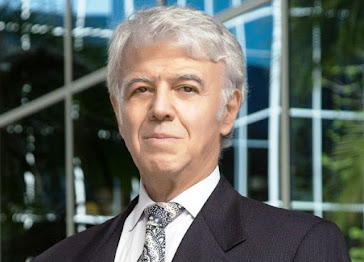 Everyone strives to reach the zenith of success in their life but only a few of them actually reach there. Dr Jack Kavanaugh is one such celebrated personality who has achieved the Pinnacle of success by virtue of his insight, extraordinary leadership skills, and a mind full of promising ideas. Here is the amazing story his life that recounts his journey from failure to the pinnacle of success.

How to Exchange ETH to BTC Without Go…
MICRO BUSINESSES
Bed Bug Size
“The Friend Who May Not Seem a Friend…
A-Reece – The 5 Year Plan ft. Wordz

Established as a dentist in Beverly Hills, Dr Jack Kavanaughwas faced with failure for the first time in his life when he was forced to stop his successful practice due to a major skiing accident that broke his neck and leg. However, he was not one of them who would give up on things easily. His indomitable spirit and zealous attitude helped him to recover from the aftermath and he decided to become an entrepreneur.

It was with the belief and determination that he can overcome all obstacles in life that he went on to earn his M.B.A. degree from UCLA. Later, applying his insights, he excelled in mergers and acquisitions. He also formed a consulting firm named International Strategy Consulting Group with one of his former partners. By then, his career had already started to settle in private equity. However, he wanted to return to the medical field.

He went on to complete his M.D. from USC and finished his surgical residency from UCLA. While he was in the first year of his residency, he founded a health care service provider company called Amerident, which was recognized for its exemplary service and received more than 30 community service awards along with a state congressional medal of honor.

Other than Amerident, he has also established as well as supervised several other companies that have achieved remarkable success in various fields. He has played an active role in hosting the first board meeting for Calhoun Vision, Inc, a biotechnology firm that holds the Credit of developing the first light adjustable intraocular lenses.

Dr.Kavanaugh also holds the credit of founding the companies, Novonco Therapeutics, Zeta Rx Biosciences, Inc., SuperMetalix, Inc, and Nanotech Energy, Inc. Currently he is presiding as a member of Board and the Chairman of Orbsen Therapeutics Limited, a clinical stage stromal cell immunotherapy company based in Galway, Ireland.

This shows that be it the role of a dentist, an ophthalmologist, or an entrepreneur, Dr Jack Kavanaugh has the ability and the competence to play them all without any slip. No matter what happens in life, he is always ready to face the obstacles and emerge victorious. That is why the list of achievements in his life is quite extensive. However, beyond his professional life he is an active philanthropist who is associated with several charitable efforts in and around Los Angeles.


This post first appeared on Dr. Jack Kavanaugh – A Versatile Personality, please read the originial post: here
People also like
How to Exchange ETH to BTC Without Going Crazy Over It
MICRO BUSINESSES
Bed Bug Size
“The Friend Who May Not Seem a Friend”: The Cat and the Fire, Part 1 of 3
A-Reece – The 5 Year Plan ft. Wordz
How to Choose the Right Wedding Dress
Goal 2020 review and 2021 Resolution