Japan To Join Five Eyes: From "Five Eyes to Six" 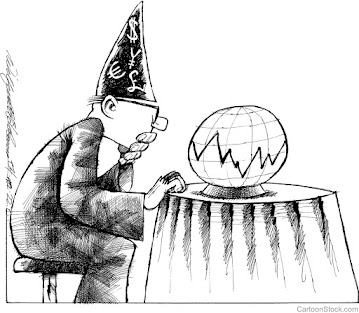 Japan Is Ready to Become a Member of Five Eyes
Five Eyes is a five country pact composed of Anglo-Saxon countries sharing intelligence. A coalition of sorts. With Japan joining as a member we see a Chinese strategy emerging. Tokyo has wanted to join Five Eyes for years, long weary of China's encroachment. Technically this would make the organization “Six Eyes”, depending on how formal of a membership Japan takes.  - Chad Hagan
Financial Times
The Five Eyes grouping takes its name from the number of countries that comprise it — the UK, the US, Canada, Australia and New Zealand. The members share deep historical and cultural ties anchored in their common Anglo-Saxon heritage and use of the English language. Their multilateral UKUSA Agreement covers co-operation in signals intelligence, analysis and sharing of information obtained through wiretapping networks for security purposes. Despite not being a formal member, Japan has been sharing information with the group. Mr Kono stressed that expanding Japan’s links to it would enable the country to share information at an earlier stage and also acquire highly classified intelligence. | Link
CSIS | Center For Strategic and International Studies
In an August 2020 interview, former Defense Minister Kono Taro stated Japan’s interest in joining “Five Eyes,” an intelligence-sharing relationship between Australia, Canada, New Zealand, the United States, and the United Kingdom. Though Japan enjoys high levels of cooperation with Five Eyes countries, the argument for Japan to formally become the “sixth eye” has strengthened in the face of China’s growing military and cyber capabilities.
In the nineteenth issue of the Debating Japan newsletter series, the CSIS Japan Chair invited Dr. Jagannath Panda, Research Fellow and Centre Coordinator for East Asia at the Manohar Parrikar Institute for Defence Studies and Analyses, and Mr. Ankit Panda, Stanton Senior Fellow in the Nuclear Policy Program at the Carnegie Endowment for International Peace, to share their perspectives on whether Japan is truly ready to become a formal member of Five Eyes. | Link
Japan Times
Listen carefully, and you can hear a slow crescendo among security specialists calling for Japan’s inclusion in the “Five Eyes” intelligence alliance. Membership makes some sense given this country’s needs and what it can contribute. Two obstacles loom large, however, and while not insuperable, they are formidable. Membership would be a coup for Tokyo, a declaration of confidence in Japan’s ability to protect information, but joining the exclusive group is no panacea. It will not solve the most important security challenges the country faces. | Link

SEO Trends and Vitals for 2021
51 Best Start-up Ideas to Try
How to develop guilt-free spending ha…
It’s Me – Chapter 12
Bed Bugs Bites? – Find Out With This …

Japan To Join Five Eyes: From "Five Eyes to Six"