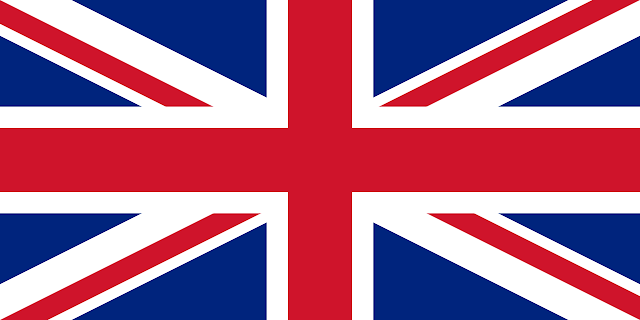 A little August vacation reading - CH
What is the state of play?
The Covid-19 pandemic led to a temporary suspension of trade talks earlier this year. Despite this, an extension to the Transition Period has been ruled out by the UK side. In recent weeks, negotiations between the UK and EU have intensified and faceto-face contact has resumed, but the two sides do not seem to be on the verge of reaching a Deal.

Bikepacking - A Brief Introduction an…
Best French Press Travel Mugs for Tas…
Got Oil Supplies Review-Start Essenti…
Etisalat Customer Care Number & Call …
What are the key sticking points?
A key area of disagreement is on “level playing field” provisions: the ability of the UK to diverge from EU regulations while still maintaining market access for its goods and services. The EU is keen for the UK to remain closely aligned to the bloc on areas such as workers’ rights, environmental regulations and state aid, while the UK wants greater flexibility to set its own rules and standards. Other points of friction include fishing rights—an issue of limited economic importance but sensitive politically—and the governance mechanism for the future trade deal. In particular, the UK wants to avoid the European Court of Justice becoming the ultimate arbiter of any deal.
What will happen when the transition period ends?
Despite the seeming lack of progress at present, most of the panelists we polled do see a basic free trade agreement (FTA) being reached by the end of the year. The political and economic incentives to reach such a deal and avoid a hard exit are strong. In the UK for instance, the government is already under pressure over its handling of Covid-19. Moreover, a hard exit would likely cause significant economic hardship—particularly for many poorer parts of the country represented by Conservative MPs since the December general election. Such an FTA will likely focus mainly on goods, and leave many issues still to be resolved. As analysts at Goldman Sachs state: “We maintain our base case that the EU and the UK will strike a ‘thin’ free trade agreement by the end of the transition period on 31 December. De jure, the UK government will be able to claim that a zero-tariff/zero-quota deal was done in the promised timeframe — despite the disruption from Covid-19. De facto, we expect that deal to involve a lengthy implementation phase, during which some current EU-UK arrangements are preserved (in data, aviation and security, for example) until further negotiations have run their course.”
Daniel Vernazza, economist at UniCredit, concurs:

“Both the short time to reach a deal and the red lines drawn by the UK government and the EU mean that only a limited trade deal that ensures zero tariffs and zero quotas is feasible. There will be very little in terms of harmonization or recognition of nontariff barriers, which are particularly important for services.” Dennis Shen, director at Scope Ratings, takes an even dimmer view of the comprehensiveness of any FTA reached this year: “Right now, with such limited time before year-end for a subject as complex as the EU-UK future relationship, we expect only some form of very high-level agreement to be reached between the two sides by December that basically extends the implementation period in all but name.” That said, some panelists see both sides failing to reach a deal at all, and forecast a hard exit—albeit with some sector specific agreements aimed at avoiding severe economic disruption. According to Kallum Pickering, senior economist at Berenberg: “We still do not expect a deal in time for the year-end. Instead, we expect the two sides to agree on some modest stopgap measures in order to prevent a disorderly hard exit. Instead of one big cliff edge, where the UK-EU economic relationship suddenly shifts from open single market rules to the much more restrictive World Trade Organization rules for trade, we expect the two sides to see to it that the switch occurs in a series of smaller steps.”
What would a comprehensive trade deal look like?
Assuming the UK leaves the transition period with a “barebones” agreement in place, talks will then continue over a more comprehensive agreement. However, given the UK government’s insistence on the right to regulatory divergence, a comprehensive FTA will likely still significantly raise market barriers. Panelists expect the services sector will be subject to greater restrictions than the manufacturing sector, likely due to the EU’s comparative advantage in goods and stronger negotiating position. Regarding financial services, a key UK export, the new trading regime is likely to fall notably short of current market access. As Daniel Vernazza, economist at UniCredit, comments: “The UK recently published a draft text for a trade agreement that effectively would maintain single-market access with an in-built consultation process and binding joint procedures for withdrawing access, but as the UK is not going to back down from its “taking back control/sovereign state” red lines, this is almost surely wishful thinking.”
What will happen to the economy?
Failure to reach a deal, and a consequent hard exit at end-2020, would have a significant negative impact on an economy still reeling from coronavirus, hitting investment and exports. The pound would likely weaken materially, pushing up inflation and dampening consumption. According to Andrew Goodwin, chief UK economist at Oxford Economics: “If talks break down, leaving the UK and EU to trade under WTO rules from 2021, UK output growth would be weaker over both the short- and long-term. Our Brexit study found that the level of UK GDP would be around 0.8pp lower over the longer-term than under our baseline forecast [of a deal being reached].” Even if an FTA is reached, market access to the EU will likely still be restricted notably compared to current levels, dragging on growth prospects, while the limited scope of any provisional deal could prolong economic uncertainty. Moreover, implementation will be key: the more gradually the FTA is phased in and the more time firms have to adjust to the new arrangements, the less economic disruption there should be.