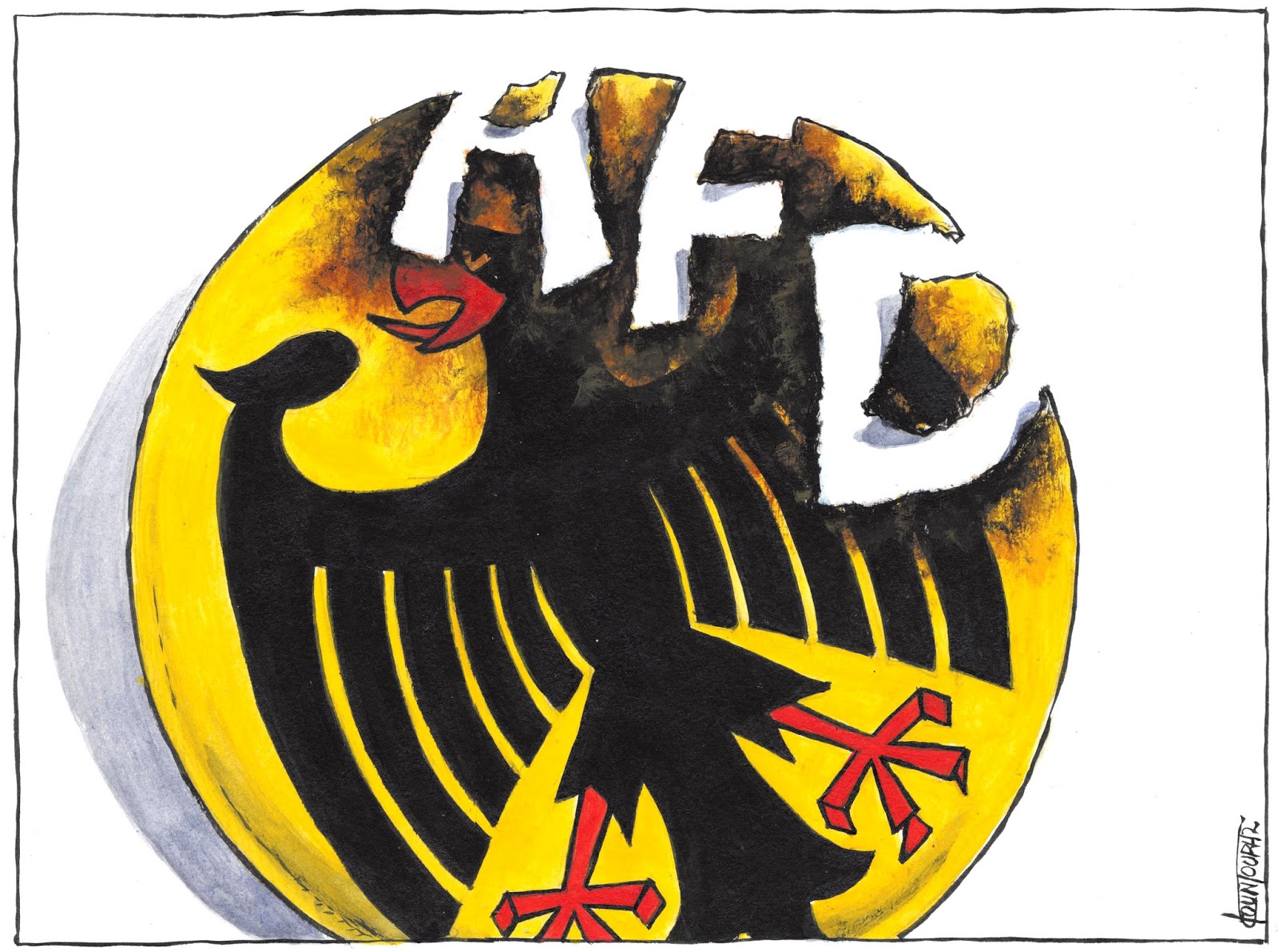 A flash estimate revealed that the economy contracted in the second quarter of the year. Although a breakdown by components is not yet available, the external sector seems to have been the culprit for the weak showing: Exports shrank in Q2 as sustained trade tensions and lingering Brexit-related uncertainty curbed external demand. Domestically, however, the picture appears to have been somewhat brighter in the quarter. Household consumption rose on a still-tight labor market, while fixed investment seemingly continued to grow despite falling investment in the construction sector. Turning to Q3, manufacturing and services PMI data in July–August points to weakening domestic activity, while available survey-based indicators show that sentiment among businesses and consumers continued sliding. Against this backdrop, pressures have been mounting for the government to relax its fiscal rules, with a fiscal stimulus package reportedly already in the works in the event of a recession. • Growth is set to slump this year on softening domestic demand and a flagging external sector. That said, a tight labor market and higher public spending should buttress consumption and, in turn, the overall economy. Risks are tilted to the downside due to ongoing global trade tensions, slowing Chinese growth and Brexit uncertainty. FocusEconomics Consensus Forecast panelists expect the economy to expand 0.7% in 2019, which is unchanged from last month’s forecast, and 1.1% in 2020. • Harmonized inflation fell to a 32-month low of 1.1% in July, from 1.5% in June. July’s drop was chiefly driven by lower prices for education as well as for recreation and culture, which was partly attributed to a methodological change concerning package holidays. Inflation should remain subdued going forward as the economy loses traction and oil prices remain weak. Our panelists project average inflation of 1.5% in 2019 and 1.6% in 2020.

Preliminary data released by Germany’s Statistical Institute showed that the economy contracted 0.1% on a seasonally- and calendar-adjusted quarter-on quarter basis in the second quarter, contrasting the 0.4% expansion logged in the first quarter. Furthermore, on an annual basis, GDP recorded zero growth in the second quarter. 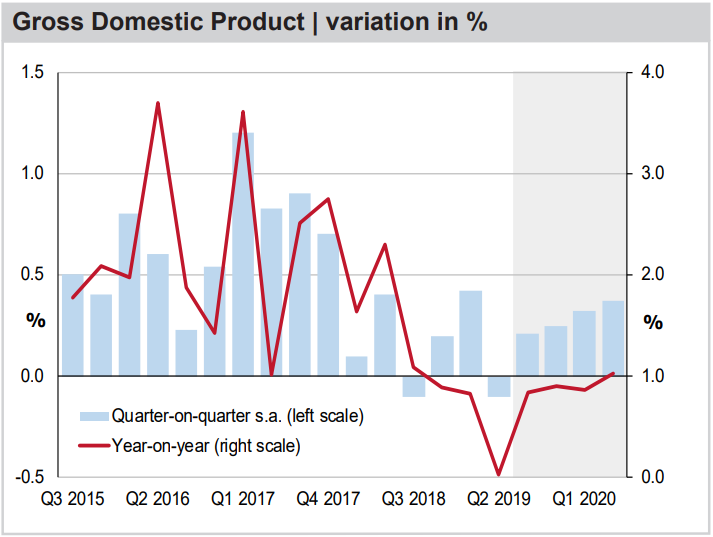 Consumer sentiment eased further in August, as the GfK Consumer Climate index inched down to an over two-year low of 9.7 in August from 9.8 in July, while backward-looking data for July highlighted the current dichotomy in the German economy; “it is apparent that the global economic slowdown, trade conflict and Brexit discussions are having an ever increasing impact on consumer confidence”, GfK noted. Economic expectations dropped markedly in July and fell into pessimistic territory for the first time in over three years. In fact, economic expectations Purchasing Managers’ Index 47 50 53 56 59 62 Aug-17 Feb-18 Aug-18 Feb-19 Aug-19 Note: Markit Composite Purchasing Managers’ Index (PMI). A reading above 50 indicates an expansion in business activity while a value below 50 points to a contraction. Source: IHS Markit. FOCUSECONOMICS Germany FocusEconomics Consensus Forecast | 128 September 2019 reached its lowest value since November 2015. The outlook on the economy is chiefly affected by lingering trade tensions and the uncertain Brexit outcome as well as the global loss of economic momentum. In the same vein, propensity to buy dropped to its lowest reading in nearly four years, but remained healthy overall, likely reinforced by households’ strong income expectations as the labor market remains tight—unemployment stood at 5.0% in June. However, data also suggests that the “employment boom of the past few years [is] slowly coming to an end”.

Business sentiment among German firms sank to an over six-year low in July with the ifo Business Climate Index dropping to 95.7 from a revised 97.5 in June (previously reported: 97.4). The headline figure reflected a deteriorating view on the economic climate in the months ahead as well as a swing from optimism to pessimism regarding the outlook on the current situation. “The German economy is navigating troubled waters”, Clemens Fuest, President of the ifo Institute, noted.

Top (IAS) Civil Services Interview Qu…
Prepare For Victory
CBD 2020: What to Expect + Our Top Pr…
Why Friday The 13th Will Be Your Luck…
Vechain Blockchain Technology Powers …