Chakan: The Most Preferred Investment Destination 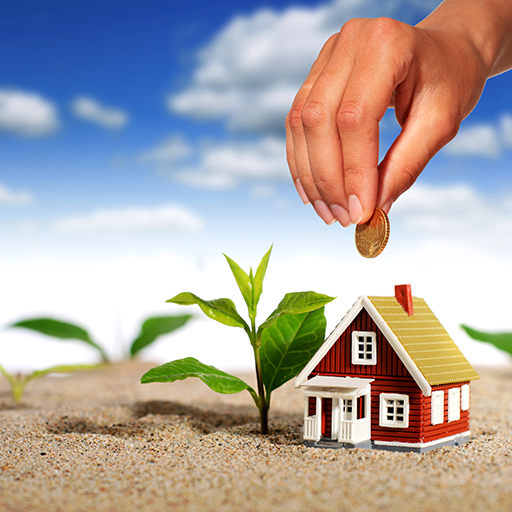 Situated at the outskirts of Pune City, Chakan has transformed into the major industrial and commercial hub in the Pimpari Chinchawad twin cities in Pune district. Best known as the automobile hub, Chakan hosts several MNCs and software companies. Special Economic Zone (SEZ), infrastructure development, ample availability of natural and human resources and state government’s pro industries policies have fueled rapid industrial growth and development in Chakan making it the most preferred investment destination in Maharashtra.
STRATEGIC LOCATION: Chakan is located at the outskirts of Pune City. The national highway 50 that connects Pune to Nashik also shares connectivity with Chakan. Its proximity to Pune-Mumbai Highway, Pune-Nashik Highway and Pune-Ahmednagar-Aurangabad Highway makes it the most preferred choice of investment in the town. The state government has proposed international airport and metro projects in the Pimpari Chinchawad region, which has boosted the growth prospects in the region.
INDUSTRIAL DEVELOPMENT: In order to bring foreign investment in the region, the government of Maharashtra has promoted Special Economic Zone (SEZ) in Chakan. It has since evolved into a major automobile hub. Chakan hosts automobile production plants of Volkswagen Group, Mahindra & Mahindra, Jaguar Land Rover, Bajaj Auto and General Electric. Over 750 large and small industries, including a number of automobile component manufacturers are based in the area. The Chakan-Talegaon belt has developed well as an industrial corridor and is coming up as a twin city like Pimpri Chinchwad. The news of the international airport is another growth driver due to which industries are keen to invest in Chakan.
EMERGING E COMMERCE HUB: With rapid industrial development, Chakan is also emerging as an E Commerce hub. Amazon Seller Services have recently opened fulfillment center in Chakan. Along with E Commerce business, the fulfillment center is expected to enable the growth of ancillary businesses such as packaging, transportation, logistics, and hospitality across the State. The E Commerce growth has further boosted the growth of IT and ITeS in the region giving ample growth prospects for IT professionals.
THE WAY AHEAD:The industrial growth in Chakan is getting stronger and there is huge potential for growth of IT. However, it requires an additional push on part of the government to exploit the full potentials of the region.
Properties in Chakan are now getting sold very fast. This place has become developed with many Residential Projects. Chakan is also well-connected with well-known roads, railways and transport networks. The place has good institutions, schools, hospitals, commercial centers, multiplexes, etc. And as such people are now getting fast transferred to live life here forever. Buying property in Chakan has proven to be advantageous. This place has loads of good residential projects. These residential projects come with various designs and technological facilities. The projects prove worthwhile as it satisfies people every day needs and wants. People are looking for buying Chakan projects. The projects are getting launched and even getting sold at a very fast rate. And as such many under construction projects in Chakan are going on to fulfil the needs of buying properties in this place. Chakan properties will remain as the biggest asset of your life once you buy it. The housing projects get developed by well-known real estate developers. They build modern houses to satisfy the needs and desires of buyers. The new residential projects are available in a nominal rate. Chakan properties are truly worth buying as you will get advantages from this place. Buying properties always prove useful as the property rates rise higher with each passing year. The place has good facilities and the place is getting valuable every day.
We at Kushal Landmarks have come up with Budget Homes in Chakan named Kushal Swarnali. The project incorporates about 1000 homes and 42 commercial spaces spread across 11 buildings and about 12 acres of land. Catering to varied pocket sizes these homes virtually satisfy every need of occupants without sacrificing Quality, a typical characteristic of a project done by Kushal Group. Kushal Swarnali has won the Best Affordable Housing Project of the Year Award– North Pune at SiliconIndia Pune Real Estate Awards 2015. Kushal Landmarks become one of the  best  Real Estate Develoers in Pune & also in PCMC location  for your dream home.


This post first appeared on Surgical Strike On Black Money' To Fight Against Black Money Corruption:, please read the originial post: here
People also like
Holcim Philippines shares contributions to environment stewardship in govt, private sector talks
How To Get Rid of Ticks in the Yard – 8 Steps
How To Run a Beauty Salon And Not Lose Your Own Beauty

Chakan: The Most Preferred Investment Destination

Subscribe to Surgical Strike On Black Money' To Fight Against Black Money Corruption: