Every Slave Cabin:A_Roots_Review By Kenyatta Graves 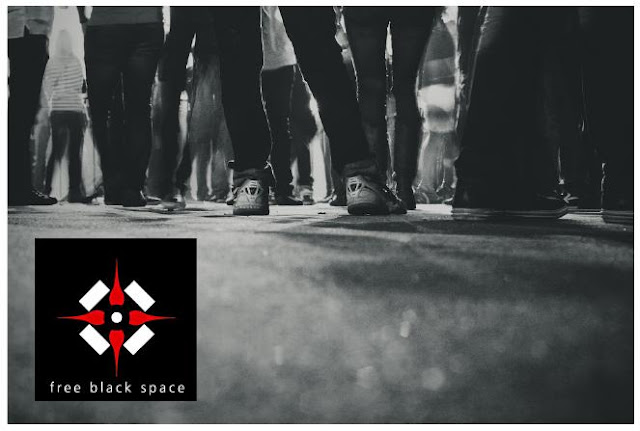 The depth of strength in the original _Roots_ was that Kunta Kinte and his descendants were ordinary black people—ordinary in the way that Dr. Gladys-Marie Fry taught me to recognize ordinary blackness as: always buoyed by memory and tradition; always revolutionary in the ways hands and mouths making language gave breathing a daily purpose; always resisting subjugation. Kunta Kinte wasn’t a superhero. He was our collective ancestral father, swollen with knowledge of his actual past, rich and heavy with cultural practice and traditions, obsessed with loving his family and living free, but peeled by immoral, vile supremacists. Kizzy wasn’t superwoman. She was born into contradictions and raised to discover that affinities have boundaries, sisterhood defers to race, and that rape is a tool of racial violence, the scaffolding of supremacy. She wasn’t a standout because she achieved the supernatural. She stood out because she was our ancestral mother, the recognized-like-kin one who was physically moored here but whose heart was rooted in other lands.

I wanted to like the new _Roots_. I swear I did. As an educator, I’ve personally witnessed students who conflate Martin Luther King, the Harlem Renaissance, and American Enslavement into a single era in history. To these students, there was slavery and King ended it and that’s why we have Black History Month, the time of the year when you learn about all the slaves and the cafeteria serves a soul food menu for lunch. And so I approached this presentation hoping this might serve as the preface for better conversations with next year’s high school students (and their teachers). I wanted this new audiovisual text to bring a new attention to American enslavement that might offer fresh references, a new classroom schemata for understanding miscegenation, enfranchisement, genealogy, ethnography, literacy, diaspora, freedom, and corollary vocabulary.

But _Roots_ 2016 decided to forego ordinary blackness for another agenda. Almost every character in the redo proves more muscular in grit, resolve, and defense, more physically aggressive, more willing to walk closer to their own eulogies. The Djangoization of the text makes Kinte and his descendants wistfully ancestors of a contemporary urge to choose the noose over the likelihood of seeing the next day. In the revisioning of this American family, Kunta is not just a teenager stolen from Jufureh, a grandson who is bade by his grandmother to remain humble in reaching manhood and to pursue some ordinary loving errand to honor his baby brother. Kunta is now a hero in the tradition of white literary and film narrative, a standout among his kin for his physicality, beauty, and intellect, an object of a trophy female’s desire, a man of uncommon insight and unflappable leadership. Kizzy isn’t just a daughter, a friend betrayed, a mother, and a rape survivor. Now she mounts horses saddleless, leads the frightened to wooded shelter beyond the seeking of murderous white mobs, leaps from the safety of tree canopies, threatens slave masters with knives at the jugular and lives to tell that story. Perhaps most astoundingly, new Chicken George extends the privilege of brightskinned blackness in astounding ways, confronting white men with routine verbal cheek, knives, guns, and the (apparently) disarming power of an oral performance that brings slaveholding cockfighters, British gamers, and an entire military platoon of Union soldiers to heel.

In some ways, I don’t recognize this _Roots_. And I wish I did. Surviving texts and historians will tell us that black people like new Kunta, new Kizzy, and new Chicken George existed, but were immediately rewarded with an early introduction to the grave. With subtle differences in script, the original 1977 _Roots_ might have extended the posturing of the Blaxploitation era with a text in which the members of Alex Hailey’s family reached early limits of subjugation and oppression, and got quickly to that which one won’t do. Indeed, in the American imagination we remember the martyrs; and odds are, we would have remembered the black ones, too, in an era where we had become accustomed to seeing Richard Roundtree and Pam Grier stick it to “the man.” But the evidence reveals that black people straightened their spines in more subtle efforts at resistance. The reality is that millions of Kunta Kintes knew their names, lived to see their backs opened in the transfer from other languages to southern American English, ran to freedom and ran laterally to find sold family and loved ones. And ultimately, they chose living as the best option to resist. Millions of Kizzys raised their owner’s children, children born from routine and reiterative rape into slavery, and then watched them sold away. Some of these women learned too late that their parents died at a distance, and resisted the immoral and legal system of American enslavement, risking escalating promises of murder to extend literacy but not a corrupt Christianity to their progeny. We know that millions of Georges developed skills admired, prized, and valued by their so-called masters and were sold at a profit to places foreign and close and unknown. But circumstances allowed them to return to plantation soil to make a home in Reconstruction, to launch hopeful future generations into an American future that would prove to be only marginally less treacherous, or just as perilous, as that which their parents had known.

In 1977, the text taught us that to be ordinary was an extraordinary achievement in survival. We could claim the “old African” as Alex Hailey had learned to do because the mirror’s reflection was all the evidence we needed of our ancestor’s deeds and sacrifices. We learned that the amazing achievement of knowing from whence one came was the only tool necessary to decenter history’s absences and the American agnosticism of black survival’s antibiotic properties. This version of the text robs contemporary black youth of an ancestral exceptionalism if they are unable to locate in their family roots men who led ocean rebellions, women who threatened the rapist fathers of their children with throat-cutting, or grandsons who pushed a sword through the hearts of confederate masters on their own front porch. Hailey’s family didn’t need such puffery. And, in truth, our families didn’t need it either, this epic hero’s journey that relocates our awe from every slave cabin to one.


Kenyatta Dorey Graves writes fiction, poetry, and critical prose. For employment, he is a K-12 education consultant, specializing in teacher training, principal coaching, curriculum construction, education policy, and supporting the classroom as the locus of change and possibility. He helps to make systems work in a systematic approach to better educating students who can thrive in classrooms committed to their future.

Every Slave Cabin:A_Roots_Review By Kenyatta Graves