David Daniel lives near Boston and has been the Jack Kerouac Visiting Writer in Residence at UMass, Lowell. His work appears often at thestoryside.com.

Behind the Doors of Her Smile

I know a woman who gives me a smile whenever we meet. She’s very pretty and her smiles are not always the same. They are like doors, with unexpected things behind them.

One door says, hey, how are you? It’s good to see you. I hope you’re doing well. Let’s have coffee sometime.
Another door says little, just hangs open for a moment, then closes, and I’m left with mystery.
A third door purrs: put your arms around me, what are you waiting for? Make me feel like I exist. Slip a hand up under my skirt and touch me. With that smile heat settles around me like a skin whose clothes are the night, and I want to look around for an empty hallway or a dark alley.
And there’s a door that mixes the others together and it says: How are you? I’m happy to see you. Finish your drink then take me into the shadows and nuzzle my throat and kiss me. Do more. More. And, BTW, this big guy with me is my husband, who played football at Princeton.
Call me feint-hearted: I always smile back but I don’t open any of the doors.
I’m afraid of tigers. 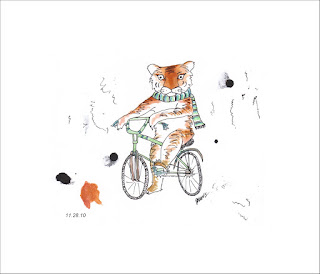 A Brief History of the Beats

Bixby Canyon in Big Sur, where Kerouac cracked and 10,000 maniac hearts broke with him.

Kerouac who imagined into being a land of middleaged diner waitresses writing their order tickets for dharma bums and all the sideburned hitchhiking gypsies of the open road, and was coronated.

A thorned crown, alas. Relentlessly he was pursued by lovers of the night: faceless, formless, alight with the fires of their own sanctifications, seeking the tender breast of the artist as a young man—who wasn’t young long. Where once he had rejected the fixed lines of demarcation, challenged the order of forms, by 35 the alchemy was failing.

His had been the jazz poise of a zen virtuoso, a saintly touch, no howl or hurl of bricks at the temple of Art for him; leave that for kid brothers Allen G & Gregory C. Nor did he get lost in the Tangier twinings of a junk-infested mind, as big brother William B. did. No, he caught lightning in a bottle, and then it got out and torched him. With the balance teetering, who was there to say (who is ever there to say to genius?) “Stop! Walk this line!”

Jackie Boy was going, going, booze-sopped & ancient at 40. Books continued to come, of course. Ossifications on arrival. Harder to read than rune stones.

And then: 47 & gone. Bleeding out on a toilet in St. Pete. Carried away to his final hometown home: Seventh & Lincoln, Edson Cemetery, Lowell, MA. RIP, Ti Jean.

No crucifix keeps the vampires away. Locusts swarm the groves of academe, gilding the dirt of bad books, unearthing juvenilia that shoulda been left buried. And what are scholars but appendices and addendums, the genitalia of marginalia, ooh-ing and ahh-ing, like love-blind parents, “Come look, petite jean has made merde!”

While dear ol’ forlorn-beard Ferlinghetti, granted the gray grace of age, steady hand at the wheel of fortune, is still doing it at 97 in the Coney Island of his mind. And 5000 poems/plays/translations later, what he’ll be recollected as is a footnote: for lending the King of the Beats his tiny dark cabin in Bixby Canyon, where the blue-eyed boy could quietly go fuckin nuts.

Subscribe to Zombie Logic Review: Poetry For Outsiders And Outl