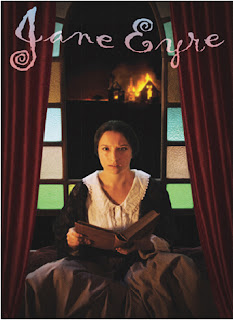 “The story is like Beauty and the Beast,” explained actor Alec Gritzmacher. “The characters have faults and go through transitions.”
Lead actress Amanda Rigstad said that Jane is a tormented person. “She doesn’t know how to deal with the ghosts in her life until she learns to deal with the demons of the past.”
The fall play of Jane Eyre is an adaptation by Christina Calvit of the classic novel by the same name, written by Charlotte Brontë.
“I like that I can figure out the story myself,” said actress Jacee Zasadni who is playing Aunt Reed and Mary Ingram. “It is nice to be able to test and figure the characters out. I am playing them but am making them my own. I am not playing them as they were in another play or movie.”
Lovers of the novel will understand that the twists and turns of text are not the same as what is possible with an on-stage representation.
“The story is close to the same as the novel, but it is an adaptation,” explained director Jack Gritzmacher. “The title character, Jane, is a bridge from the novel to the audience. She is both a narrator and action character.” (Leah Ryan)

4 Ways to Take Better Care Of Your Pet