Epiphanies and Epigrams; when you're too distracted to promote your own book, don't be surprised if no one buys it. 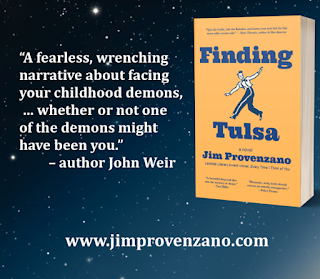 I understand, dear reader, fan or accidental visitor to my blog who was actually looking for celebrity nude photos; you haven't had time to read my seventh novel, Finding Tulsa, because it's been such a crazy time, and by 'crazy' I don't mean to disparage those struggling with mental health issues by reducing it to a Kathy Comic ("Bleah!"), but actually, seriously insane times, what with a hundred-plus seditious GOP politicians still madly clinging to the baloney conspiracy of election fraud as they prop up their completely deranged outgoing president (and plan a heinous 'revolt' on Jan. 6, Epiphany Day, if you're Catholic), to the screeching store-invading anti-mask MAGAts threatening the lives of cashiers and barristas, to the billionaires hoarding their profits during a global plague as millions of vaccines lay dormant in freezers and COVID-19 victims' corpses lay stacked in bags inside refrigerator trucks.

So, yeah; buy my books, right?

Or listen to my audiobooks; kind of a tough sell right now (I've actually tried to give away free copies, to little interest), which makes no sense to me, because you don't event have to touch a book if you're virus-wary.

Landmark beach Lagos: All you need to…
“The Friend Who May Not Seem a Friend…
Globe’s Yondu sees continued revenue …
51 Best Start-up Ideas to Try
What Causes Bed Bugs?

But why not self-promote? Other books are being promoted, and have been, right through the pandemic and elections, the holidays ("The holidays; bleah" insert another Kathy comic), but for the most part, I've felt like this is all a case of bad timing; my best, most mature novel, published by a respected small press, has been largely ignored (again), while most media continues to lap up praise for corporate-published books, which I know because, as an arts editor, I know how persistent the well-paid publicists for conglomo publishers can be.

But except for said day-job's duties, and jotting down events in a journal (the 202o edition just PDFed, saved and archived), including dreams, like last night's which involved a dream variation of a real event, frolicking in an Olympic pool facility in Sydney, Australia with a dozen gay water Polo Players -yes, that happened, why don't I write a story about that? Wait, I did, in 2002, but you don't remember), I have not been promoting my book!

Having grown tired to #writerslist threads on Twitter, because having more followers doesn't do anything if they won't read your books, despite thee fact that book sales are very much a popularity contest. Gaining followers on Twitter doesn't amount to a hill of beans if the five of them who followed you on Monday unfollow you on Tuesday, or whenever you post something slightly political (gasp!) or too gay (double-gasp!). And what's with all the Amazon links? You do know they've made 2.6 billion during the pandemic as independent bookstores cling to life? This is why I prefer that you buy from indies via Bookshop.org, and then use the corporate sites to share reviews.

But no, most authors blindly bow to Amazon, which mistreats their workers, and Facebook, which obscures your posts unless you pay to boost them, and yes, I'm on all the 'evil' social media sites even though it all has minimal effect on sales, because, well, you know, 'things are crazy.'

Which they are. I'd love to just go back to bed and dream of frisky water polo players, since I'm writing this early in the morning, but I've already slurped down a cup of leftover coffee, which still has a bit of a zing to it, as you can tell, and I might even bathe before noon and put on clothes, and perhaps even write something else, in spite of it all.

And if you want a few hours of joyful literary distraction, go for it.

Epiphanies and Epigrams; when you're too distracted to promote your own book, don't be surprised if no one buys it.