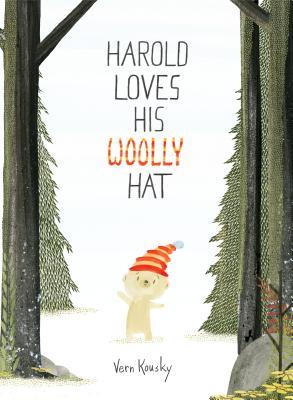 Harold Loves His Woolly Hat
by Vern Kousky
Published by Schwartz & Wade Books
on December 11, 2018
Length: 40 pages
Goodreads | Amazon | B&N | BookDepository
Synopsis:
In this sweet picture book that celebrates selflessness and the joy of helping others, a little bear named Harold loses his beloved woolly hat--only to discover that others need it more.

Sancho breaks English and Bundesliga …
Cat Coronavirus Diary – Day 6
I’m sending up flares, but no one see…
A New Years’ Day Outfit
The History of the Bayeux Tapestry
What makes a bear special? For Harold, it is his beloved striped woolly hat. He wears it when he sleeps, when he goes to school, and even when he takes his monthly bath. But when a crow whisks the hat off his head and high up into a nest, Harold doesn't feel so special anymore. He tries everything to get it back--offering the crow blueberries, worms, and even shiny objects--but alas, the crow will not budge. Turns out that the hat has a new special purpose: keeping three baby crows warm. This heartwarming picture book features an irresistible bear and gently reinforces the notion that it doesn't matter what you have, it's who you are that matters.
My Thoughts:
This was such a touching little story!
Harold loves his woolly hat and thinks that it makes him special and sets him apart from the other bears. He wears his hat always, even during his once monthly bath, but when a crow swoops down and steals it away, Harold must do whatever he can to get it back. Harold tries to trade for his hat, but nothing he offers will sway the old crow. Of course, Harold perseveres, only to find that things are not quite as he originally perceived and his warm woolly hat was needed by others.

I love that this story progresses from Harold being quite upset about his hat to learning compassion. Not only does he understand why his hat is needed by others, but he then goes out of his way to help further, proving that he really is a special bear. My daughter thought it was super sweet that he wanted to help towards the end. 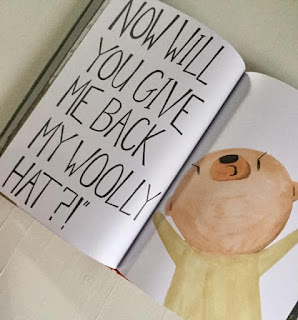