"They planned a regret."

A thought by Andy Stanley from his book, Better Decisions, Fewer Regrets (p. 11). Zondervan. Kindle Edition.  (Click on the book title to go to Amazon to buy the book.)

So what does he mean by that? 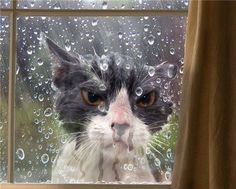 Andy says, "When we see other people make what we know to be bad decisions, it’s as if they are strategically and intentionally undermining their own happiness. It takes a lot of planning to marry someone you are incompatible with. It takes time and energy to launch a business built on faulty assumptions and poor market analysis. Think about all the paperwork couples have to wade through to purchase a house they can’t afford or apply for a loan they will struggle to repay. In most cases, these weren’t spur-of-the-moment decisions. It took planning."

"Nobody Decides to blow up a marriage. But every divorce is on the tail end of a string of decisions, including the decision to get married in the first place. Nobody decides to raise irresponsible, codependent children. But like you, I’ve watched parents make decisions that aimed their children in that direction. Nobody decides to be addicted. But every addiction is connected to decisions. Nobody plans to bury themselves under a mountain of credit card debt. But the people who find themselves buried there buried themselves one purchasing decision at a time."

He goes on, "You may not be good at Selling anything to anybody else, but when it comes to selling yourself on a bad idea, you are master class. Right? Me too. Our greatest regrets are associated with things, 'opportunities,' and people we sold ourselves on.

"Think back to your last bad relationship decision. Seemed right at the time. You were in love. Or lust. Or something. Whatever it was, you were in it. And whereas it may not have been rational, it was certainly emotional. Of course it was. Relationships are emotional. Your momma tried to warn you. Your best friend tried to warn you. But you assured them you knew what you were doing, and at the time you were sure you knew what you were doing. But looking back, you wonder, What was I doing? I should have known better. I should have listened. I should have seen that freight train coming."

He continues, "We’ve all made bad purchasing decisions. But once you had your heart set on it, whatever it was, it was over. It was like something took over, and the next thing you knew you were handing your credit card to someone you didn’t know to buy something you didn’t need and perhaps couldn’t or shouldn’t afford.

"So much for intellect and experience. Something else took over."

He then says, "That something else was—you. You took over. You started selling yourself. As it turns out, you are a sucker for you! . . . As soon as you start selling you on anything, you should hit pause. Here’s why. We rarely have to sell ourselves on a good idea."

And that is so true, isn't it?

"They planned a regret."