Once Upon a Retelling: White Rose by Kip Wilson

Today, I'm really excited to have Kip Wilson stopping by the blog to talk about her retelling of the life of Sophie School, White Rose. 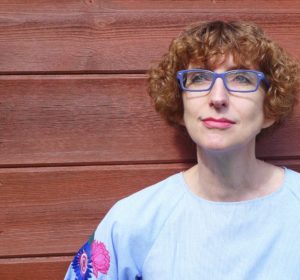 Can you tell us a little about White Rose? What kind of a retelling of Sophie Scholl’s life is it?

Most of the books available about Sophie Scholl are either biographies that cover her entire life or non-fiction about the White Rose resistance group in general, and furthermore, most of them are in German. I personally love non-fiction and biographies, but I find both verse and first-person retellings more engaging, so that’s why I decided to focus White Rose on Sophie’s young adulthood in very close first-person verse (and in English, which is my native language).

Why Sophie Scholl’s life? What drew you to this historical person? And what inspired you to retell her story?

When I first learned about Sophie Scholl and the White Rose in high school German class, I found in her an incredible role model. A young woman, not much older than I was, standing up to the Nazis in spite of the danger? Yes, please. Her courage has inspired me to dare to do difficult things in my own life, and it stewed for a long time in the back of my mind as I researched and researched until I finally was able to tell her story the right way.

What do you bring to the story of Sophie Scholl’s life story with White Rose?

What a great question! Obviously one factor that helped is that I speak/read/write German, because many of the most thorough resources about the White Rose are only available in German. Also, because I was a young teen when I first learned about Sophie, her rebellious mindset really attracted me to her, and I strove to maintain this connection as I researched and filed away information about her. Finally, having studied poetry, once I realized that telling her story in verse was a possibility, I knew I had to try it. 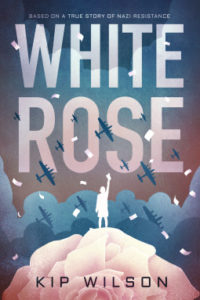 How does White Rose differ from other retellings of Sophie Scholl’s life out there?

Probably the best-known retelling of Sophie Scholl’s life is the award-winning 2005 film Sophie Scholl: The Final Days, written by Fred Breinersdorfer. This film was meticulously researched and expertly shot, and honestly, I can’t recommend it enough. It really paints a thorough and moving picture of the White Rose group and what they stood for. Where it differs is that this film focuses only on the last days of Sophie’s life, including the Gestapo interrogations, short time in prison, sham trial, and executions, whereas White Rose goes back and forth between these final days and Sophie’s teenage years that led her to act.

The main difficulty is of course keeping it fresh, but because Sophie isn’t as well-known in the United States, that’s less of a problem. On the writing side, the plotting was certainly much easier with specific dates and events to plug in to an outline.

What do you hope readers get from White Rose?

Sophie Scholl’s story is so important today because history repeats itself. As anyone who studies World War II and the Holocaust knows, human beings are capable of terrible things, but we also hold the capability to question, to resist, to stand up for others, especially those from marginalized groups. As anyone who pays attention to the news knows, young people today need role models like Sophie Scholl more than ever to know that fighting for justice and equality for all is more important than anything.

A good retelling for me is a fresh take that includes just enough similarities that the story feels new, but still familiar.

Are there any retellings you would recommend, either of Sophie Scholl’s life, or in general?

In general, I tend to love YA novels-in-verse that retell historical events, so some of my favorites have been To Stay Alive by Skila Brown (about the Donner party) and The Watch that Ends the Night by Allan Wolf (about the Titanic), but I also love everything by Anna-Marie McLemore, and her Blanca & Roja is a great example, inspired by Snow White and Rose Red.

Thanks very much for having me!

Thank you, Kip, for such awesome answers! Doesn't White Rose sound so good?! I don't really know anything about Sophie Scholl, so White Rose sounds like a much needed story!

A gorgeous and timely novel based on the incredible story of Sophie Scholl, a young German college student who challenged the Nazi regime during World War II as part of The White Rose, a non-violent resistance group.

Disillusioned by the propaganda of Nazi Germany, Sophie Scholl, her brother, and his fellow soldiers formed the White Rose, a group that wrote and distributed anonymous letters criticizing the Nazi regime and calling for action from their fellow German citizens. The following year, Sophie and her brother were arrested for treason and interrogated for information about their collaborators. From Goodreads.

Once Upon a Retelling: White Rose by Kip Wilson