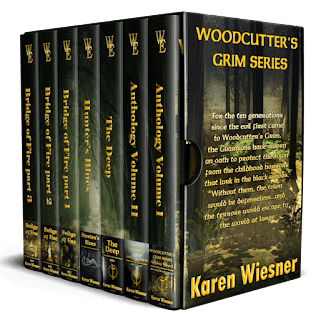 This will be the first of eight posts focusing on my Woodcutter's Grim Series and the stories behind classic Fairy Tales. 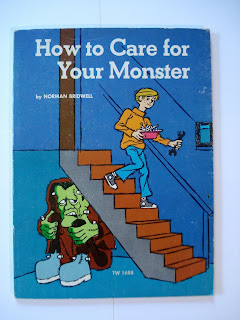 Since I was a child, I had a love for all things supernatural. HOW TO CARE FOR YOUR MONSTER was a book I read over and over when I was young. It was written by Norman Bridwell (the guy who wrote the Clifford the Big Red Dog series). I wore that book out. Funny thing is, my husband also said it was one of his favorite books when he was young, too. I’d never known anyone else who’d ever read it. Meant to be, huh? 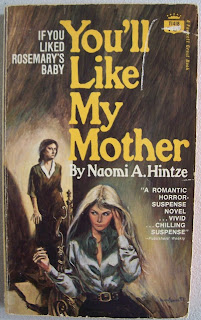 Some of the earliest horror books I remember reading were an out-of-print series of teen horror called TWILIGHT: WHERE DARKNESS BEGINS, YOU'LL LIKE MY MOTHER by Naomi A. Hinze (gothic horror, which I adore), and DRACULA, of course. Stephen King books were the cornerstone reading of my teenage years. One of my all-time favorite horror novels since becoming an adult is THE RUINS by Scott Smith—an unusual horror novel that has no chapters whatsoever and is 384 pages you literally cannot put it down from start to finish. Brilliant!

My Woodcutter's Grim Series started when I was putting together a proposal for my promotional group Jewels of the Quill’s first Halloween anthology, SHADOWS IN THE HEART. I'd always wanted to write a horror/fantasy series, and I spent quite a few years considering how to go about it. My mind went first to childhood fairy tales. Most of them are, by nature, horror stories sometimes mirroring real-life events that were probably the stuff of nightmares at the time they were written. So I knew I wanted to create a fairy tale horror/fantasy town in which those old tales came to life in terrifying ways. Calling the town Woodcutter's Grim seemed completely logical. All of the stories in the Woodcutter’s Grim Series are loosely based on popular or traditional fairy tales, nursery rhymes, poems, folktales, parables, mythology, and other "lore".

When I wrote and published the first collection of "classic fairy tales retold in modern times as horror or fantasy", few others were doing anything like it. Right after that, a slew of projects similar to this came about, including the TV shows GRIMM (which was amazing) and ONCE UPON A TIME (not as inspiring to me but nevertheless interesting), and many movies turning fairy tales into deep characterization horror fests with a twist, such as SNOW WHITE AND THE HUNTSMAN (and the sequel) with Charlize Theron and Chris Hemsworth, and RED RIDING HOOD with Amanda Seyfried and Gary Oldman.

What are some of the most memorable books and authors of the supernatural you read as a child? Do you love to read or watch tales of fairy tales reimagined? Leave a comment to tell me about your favorites!