How Do You Know If You've Written A Classic
Part 8
What Do Readers Do?

Previous parts of this series are indexed at:

There are moments in life when a writer is objective about their own work, really the best judge of its value.  Those moments are rare, and some people never experience one so they believe there are none.

But you don't have to attain objectivity to figure out the value of what you've written.  Of course, there's the hurdle of getting published by a publisher who has captured the market you are writing for, but after that there are still many confusing stages.

One way to know if you've hit your readership is the feedback you get from readers -- today, it's Facebook and Twitter, Instagram, Goodreads, etc.  There will be a flurry of comments, and then they die down.  You've written a good book, but just one among many that readership enjoys.

Beyond just enjoying, and commenting, what can a reader do?

Well, in the old print-on-paper-snailmail days Star Trek invented the fanzine with fiction content.  Old Science Fiction fandom had lots of fanzines, many with commentary on current and older novels -- but it was essentially a non-fiction medium.

Star Trek, a TV Series, changed that.  The first Star Trek fanzine was published by Devra Langsam, who is still Trekking today.

From there, non-canon respecting Trekzines broke new ground, invented new categories, and even established the hetero-romance category,  I think this may be the first in that category

This Star Trek Romance series likewise inspired and welcomed writers other than the one who first crested it.

My own fanzine series, Kraith, had 50 creative contributors to its alternate-universe vision of Star Trek. 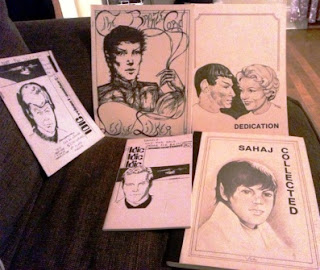 Classics have usually not done that before cheap offset printing and connected groups who hold conventions and sell each other fanzines.

Sherlock Holmes fandom picked up that cue and ran with it, and now we have a multitude of professionally published Holmes novels and spin-off TV Series, too.  It's a wonderful time we live in.

When I was researching for my Bantam paperback STAR TREK LIVES! about why fans like STAR TREK, before anyone but fans knew about Trekzines, I used my own first-published hardcover novel, HOUSE OF ZEOR, ... 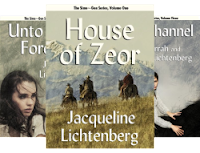 ...to illustrate the point about why people like Spock.

Simultaneously, fans were writing stories in my HOUSE OF ZEOR universe, dubbed the Sime~Gen Universe by Jean Lorrah (who became my collaborator and co-owner of Sime~Gen Inc.), and fanzines were proliferating.  As the internet just barely started to become the fanzine distribution medium, we moved online, and now you can find most of that early fanfic plus a lot of written-for-the-website fiction at

Meanwhile, Jean Lorrah sold a series of novels titled SAVAGE EMPIRE, and others have written in 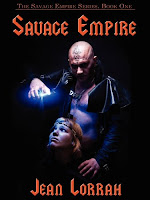 that universe, including one Star Trek fan with his own series about Uhura, titled Captain Uhura.


And many years later, many of those early Sime~Gen fanfic writers had turned professional but were still thinking and creating Sime~Gen.  So the current publisher, Wildside Press, asked for an anthology of their stories set in the Sime~Gen Universe.  It is Volume 13

So, it seems to me the signature of a "Classic" is how it inspires other creative people to create, what they create inspires more people (who might not actually know the original source material) to create and capture the imaginations of yet another generation.

In other words, a Classic propagates.

In Part 5 of this series of posts, we noted the Classic Caine Riordan Novel, Marque of Caine,

https://www.amazon.com/gp/product/B07TMN61Z9/
written by a writing student of mine, nominated for the Nebula Award in 2020.

The Caine Riordan series passes this "inspire readers to write" test by having inspired professional writers to create stories set in the Caine Riordan universe, carefully moderated by dedicated fans keeping all the details close to canon.

The first anthology by those writers is on Amazon
https://www.amazon.com/Lost-Signals-Charles-Gannon-ebook/dp/B07RHPYXF2/

So you know if you've written a classic by how your readers react -- often over decades as they grow up and become professional writers (in various fields).  If they create in your world, you experience a thrill of recognition you couldn't duplicate in any other way.