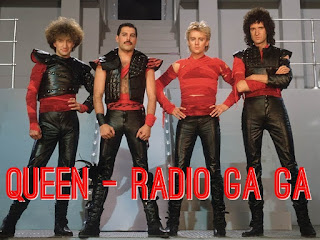 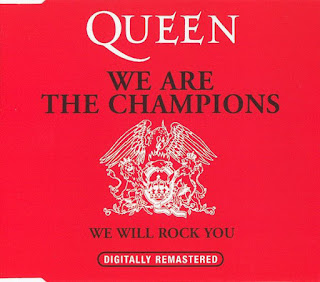 Rock intro to the topic of the month – World Cup 2018
QUEEN – We Are The Champions of Football Anthems
However the facts about the total opus of an artist are equal and unchangeable, from whatever part of the world you read them, we all don’t have the same perception of him. In Music and poetry it happens a thousand times more often than anywhere else. When you go to read a book you know who its author is, when you go to the cinema or the theater you know who is the author of the show that interests you. But music and lyrics almost always come to you alone and unannounced, and in fact they force you to immediately, without checking, create an idea of who's singing it.
And even today, when it's easy to check on the internet that performer who is singing the Song, often someone's radio single reminds you of somebody else. I recently looked at YouTube's Top10 songs that DELIBERATELY resemble some previous hit by another performer and hope to accomplish the same success with most listeners, because they are too lazy to go check on Google whose song it is.
My most bizarre example was the hit of Filippo Neviani Nek "Laura non c'e" from 1998. When I immediately thought, "Well, well, Sting has a new song in Italian." I've known that the famous Englishman has been living somewhere in Italy for a long time, but I haven’t known so far that he has even learned so well and convincingly to sing in Italian language. And remember that before 1998, for example on the album "Nada como el Sol" Sting sang well some songs in Spanish and Portuguese, therefore my wrong assumption was not entirely illogical.
With the band Queen, I had the exact opposite effect of this one that often happens to everyone. For the perception of a rock group it is very important when you see them, depending on your childhood. When you were born and when you came to the age to begin to understand the world around you. As I was born in the 70’s of the 20th century, for the first time I saw the group Queen and Freddie Mercury at the very end of the zenith of their career, when they released the last truly great song "Radio Gaga" and when Freddie on Live Aid concert 1985, with his excellent, original performance overshadowed the other rock stars. Consequently, I know them as a group with a singer who wears a mustache and has a tidy, short haircut. When I later saw the music videos of their earlier legendary songs, from "Bohemian Rhapsody" to many others, I asked myself who was this singer who sang in Queen before Freddie? In what band is he now? Such young-looking and extravagant makeup, full of ego and with his long mullet he reminded me on an action movie actor from that time. So maybe this man doesn't sing anymore and he's gone to play superheroes in Hollywood movies?
"What do you say? That's - Freddie Mercury? But Freddie Mercury wears a mustache, hasn't Freddie Mercury been wearing a mustache all his life?..." 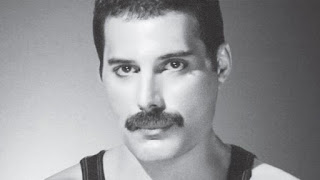 It's not a conspiracy theory, so put aside everything you already know about Queen. If you didn't know who he was, would you ever guess that this man with a mustache and this other one with no mustache is actually the same man? 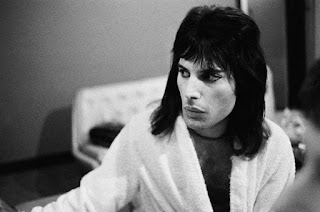 After that peak of fame at Live Aid, the career of Queen began to fall all the way down into the predictable and uninspiring pop, so Queen was another band that met the irony of destiny that the greatest earnings and musical fame reached them with a time delay. Then when the days of the best and most ambitious songs, the days of greatest musical inspiration were already far behind them, in the past.
To me the uninteresting and even dull "A kind Of Magic" came to the first place of the top-charts, and the concert tour after the album, named "Magic Tour" has become the commercially most successful tour in the entire career of the group Queen. It was as if Freddie's release of the moustache symbolically marked the transition from wild years of crazy creativity and ambitious experimentation with classical music to the quiet, middle-aged music playing. That age in which nothing is forcing them forward, to invent something unique and innovative again. Besides, why would they have to, when their mediocre albums and tours are selling quite well? If the crowd likes this why do they continue to risk with something new and unverified? (like 7-minute rock rhapsodies that last too long to be aired on most radio stations.) It can still be easy to live with this kind of music, and radio stations, well they live from ads and commercials between songs, not from music art.
Even if that unfortunate, too early departure of Freddie Mercury didn’t happen, of not only the most charismatic member of the group, but also the best composer, I believe the trend would continue. So if Freddie was alive, there would be only two possible developments in this "alternative history". Or he would have stayed in Queen who would have completely faded and lived on their old glory, or Mercury would have completely left the group and in his solo career managed to create some more great songs in style of those most ambitious works from 70’s and opera singing attempts as it was in the duet with Montserrat Caballe, in the time when no one was giving them anything for free and they were supposed to make their way to the top from anonymity.
For those who superficially follow the music it should be said that the group Queen exists today, and performs an old repertoire of songs with some new singers. Unfortunately, they are so unconvincing and second-rate impersonators of Freddie's charisma, who even have to read from a teleprompter some of his songs at concerts.
But now I'm going back to that time when Queen was winning, what is the theme of my article. It is interesting that the band knew how to hit the taste of sport fans for music, much more than other rock bands who didn’t create some memorable songs, or sport wasn’t even their  inspirational theme. I'm surprised that it didn't attract others too, because great sportsmen can lose their game in the field, but even when they lose they create an overwhelming amount of emotions in everyone who follows them.
The best-known Queens songs of this kind are classics from 70’s; "We will Rock you" and "We Are the Champions", although some later songs like "Friends Will be Friends" may be attached to them. Both songs "We Are The Champions" and "We Will Rock you" have emerged as an emotional response from members of the group to the support of the audience that faithfully followed them to concerts and singing another famous football anthem "You'll Never Walk Alone".
At the Queen’s concerts, as well as on sports stadiums and radio sport transmissions, these Queen’s classics are often performed together, and of course you can find numerous live versions on their concert albums, and one study version was recorded even 1977. for the cult show of John Peel on BBC Radio 1. Of course today exists even musical "We Will Rock You" that contains their celebrated hits, and besides Queen, no need to count the endlessly long list of other musicians who have covered exactly these two songs of the famous British band that dominated the world scene in 70’s and 80’s.
With such music as stadium sports anthems, rock bands, whose sport is different and winning or losing on music field is not visible immediately when the game is over, they actually always win. It makes me even more surprised that many other rockers, even those who actively practiced some sport mostly avoided singing about sport in their songs. Maybe it's because it would have bothered their rock-star ego. If they sing about sports and athletes then they themselves are not "the first stars in the team", but anyway they "play on the winning side". And isn't that team spirit important to win? Let's say in football all 11 players play a match. Nobody alone, even if his name is Ronaldo or Messi can't win the game. He needs support of everyone else in the team, as it will be seen at the upcoming World Cup in Russia.
Final Question. So, you know all about them, and if the Queen was a capitalist corporation, Queen would be:
a) Adidas
b) BBC Radio 1
c) FIFA
ADDITION. My selection of the best football anthems, PART I. Enjoy! 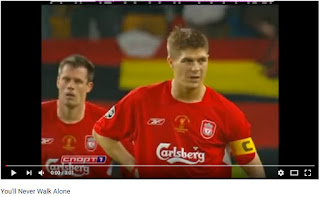 https://www.youtube.com/watch?v=xx0Ru_1zPVk
Not many people know that it's a tune from the musical “Carousel” by Richard Rodgers and Oscar Hammerstein from 1945, which Liverpool F.C. adopted as its anthem in 60's, in times when the song was covered by Liverpudlian band Gerry and the Pacemakers. 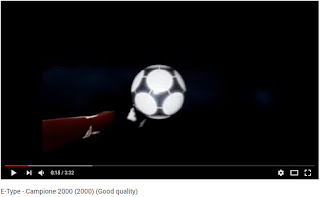 https://www.youtube.com/watch?v=2Ftx-xwmEYQ
E-Type (real name Martin Eriksson), is not Dutch, neither Belgian, but in fact Swedish dance musician who recorded the official song “Campione 2000” for the 2000 European Footbal Championship in Belgium & Netherlands. 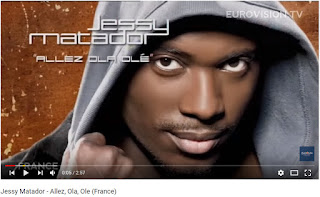 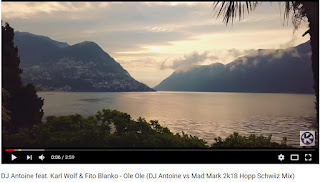 https://www.youtube.com/watch?v=VGGSbdjOlA8
3 multi-cultural artists joined forces to make this song for the football team of Switzerland. 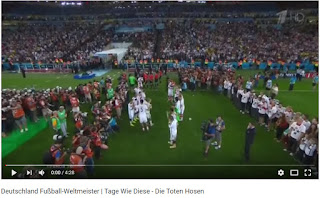 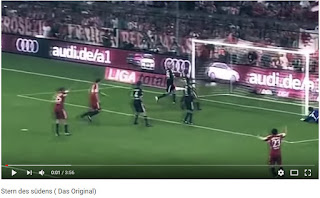 https://www.youtube.com/watch?v=FXrgufPH2zM
"Stern des Südens" is a song written by German songwriter Willy Astor, and it is the club anthem of FC Bayern Munich. Its title in English means "Star of the South". 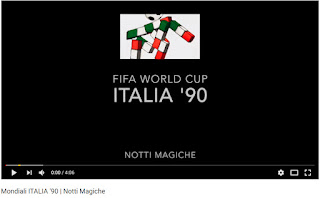 https://www.youtube.com/watch?v=fTfaiwD7Svk
“Un estate italiana” is a 1990 song composed by Giorgio Moroder for the 1990 World Cup held in Italy. The Italian version, "Notti magiche", was recorded by Italian artists Edoardo Bennato and Gianna Nannini. Germany won this world cup 1990 in Italy. Curiously Bennato and Nannini performed this song again on German TV, during World Cup 2006, when Italy won the World Cup in Germany. 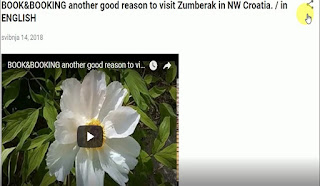 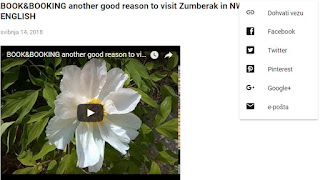