Fear is the death of a writer. Regardless of the format, if you want a Story to succeed, you must be willing to write without fear and believe in what you’re writing. This is an element that has become more and more complicated in the world of comic books because modern writers seem to be afraid of going beyond what has been established as politically correct and are too worried of potential backlash if they step outside said limits.

Nextbase Dash Cams – Be Secure, Drive…
The Friday Roundup – Originality, You…
Ancient Gods: History of the World
Thinking on whether or not you should…
What would happen to a modern-day Mos…

But that’s not how art works. Art has been defined throughout years, decades and centuries as being politically incorrect, challenging people’s boundaries and promoting creative freedom, thus creating work that may have a considerable impact on your audience or at least proves to be an entertaining story, at that.

So when I had the chance to reread the first Lobo miniseries that was made back in 1990, The Last Czarnian, I can’t help but feel that this type of writing has been lost. Sure, Lobo certainly wasn’t created to be the most reflective and introspective of characters (it’s actually more Deadpool, before Deadpool), but the character’s creator, Keith Giffen, wrote this story with the kind of freedom and gusto that very few writers dare to reach to nowadays –they are just too afraid to do it.

But was The Last Czarnian a good story? I’ll tell you with the following review.

What is Lobo: The Last Czarnian? This story happened around the time when Lobo was with the L.E.G.I.O.N. team and was requested by their leader, Dox, to retrieve someone and return them back to their headquarters alive. It turns out that person was another Czarnian, Lobo’s fourth grade teacher.

Lobo has to put up with the desire of killing while she nags him about not amounting to anything and face multiple adversities, involving Dox’s manipulations, his own band of followers called Los Lobos, and many other circumstances that are shown in a parody style that has become classic about the character. This is an interesting case because Giffen’s story, while entertaining, funny and filled with action, was a fun miniseries at a time when comic books were in a creative and commercial peak, so in 1990 it was probably viewed as a quality product in an industry that was thriving and filled with stories of such ilk.

Looking back now, The Last Czarnian has become even more interesting to read because it presents a degree of violence, unapologetic behavior and such political incorrectness that we have to ask ourselves why a comic book of this nature cannot be produced nowadays. It’s more important and entertaining now than when it came out because the vast majority of writers in the big two would not dare to make something like this.

The Last Czarnian shows Lobo for what he is: a savage with a short temper, who lives by his own rules and someone who never backs down from a fight. Plain and simple. In a time when deconstruction seems to be almost mandatory, it’s refreshing to read a story where everything is just about action and keeping readers entertained–beyond political correctness or not, these are the elements that made Marvel and DC so successful for so many decades, but it seems a lot of people have forgotten that.

As for the story itself, it has a lot of action, as we have said before, great one-liners from the main man himself (courtesy of writer Alan Grant, who was in charge of the script) and it has many funny moments that are going to make you laugh out loud. Plus, the miniseries comes with excerpts from Lobo’s unauthorized biography, so that gives you extra material in the comedic department. I have to say that Simon Bilsey’s art grew on me as I read the story. At first, it struck me as too loose and cartoony for a story, but as you keep reading you find that style more appealing, interesting and fitting to the gritty, almost purposely awkward feel of the miniseries.

Lobo is a character that is over the top by nature and it requires an artist that truly captures the absurdity and chaos of his behavior, which is what Bisley does here in great fashion. I also feel a certain influence from Frank Miller in his art–The Last Czarnian has a bit of that The Dark Knight Returns style in some of the panels’ style, but I guess that is just me. The Last Czarnian is a reminder of what has been lost in the comic book industry in terms of storytelling and courage to do something, regardless of what the potential reaction might be. Readers want to be challenged and want to have fun, not being tied down to what is deemed acceptable by the public. Characters like Lobo are like Heavy Metal music: over the top, wild, politically incorrect and that is why they are so enjoyable–because there are no boundaries for them.

Not only a great story, but also a great lesson about not being afraid when creating art. 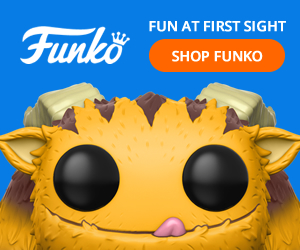 Do you agree with our thoughts? We'd love to hear your feedback. Leave a comment below, and share this post to your favorite social channel. Check out all of our DC Comics t-shirts.

This post first appeared on Pop Culture News, Comic Book, And Anime Reviews - Animated Apparel Co., please read the originial post: here
People also like
Nextbase Dash Cams – Be Secure, Drive Protected
The Friday Roundup – Originality, YouTube Editing and 3 Point Lighting
Ancient Gods: History of the World
Thinking on whether or not you should get into crypto? Read this!
What would happen to a modern-day Moses in America?
Firebird – Making Of Story