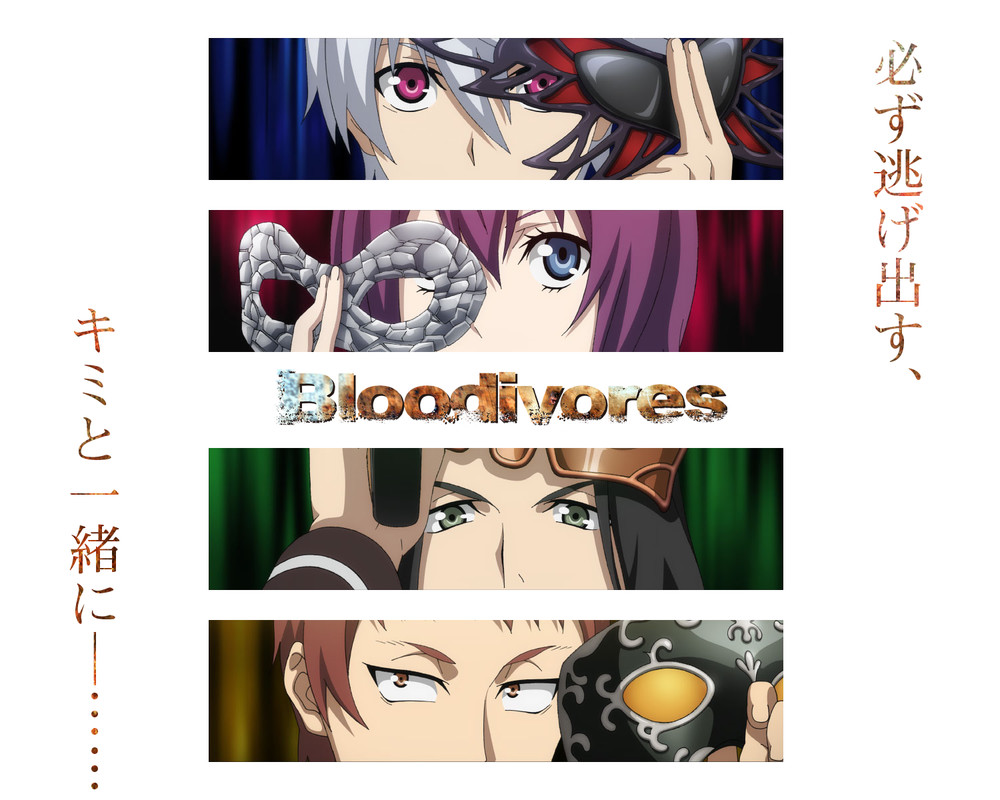 60 years ago, a strange case of insomnia struck the population, forcing them to stay awake for more than a full week. The victims, completely sleep deprived, all went mad. To cure this illness, a new medicine was produced, but the side effects turned the patients into vampires. Humanity went to war against this new species and triumphed, but some of the vampires managed to survive. Born from a Human and a Vampire, the main character Mi Liu, “The Child of Hope”, is to represent the new hope that will connect the two species. Ringleader of a bank robbery, Mi Liu is arrested and transferred to a special prison of the National Defense Agency that monitors Vampires. Trying to break free with Anji, Mi Liu is attacked by strange monsters and he finds out that the prison location corresponds to the birthplace of Vampires, the old capital “Blue Town." Why are Vampires trapped in Blue Town? What are those strange monsters attacking them? Our heroes must fight to solve those mysteries.

The cast includes:
Chen Ye is directing the anime at Emon and Creators in Pack, with Masashi Nakamura (Rokka: Braves of the Six Flowers episode director) credited as chief director. Haruko Nobori (Tiger & Bunny) is credited with color design, while Yoshimi Umino (Phantom ~Requiem for the Phantom~, Ga-Rei: Zero) is art director atProduction AI. Minori Kimura (BONJOUR Sweet Love Patisserie, Toradora!) is director of photography atStudio Shamrock. Toshirō Hamamura (Psycho-Pass 2, Shakugan no Shana) is directing the CG animation at Wired. Takahisa Ishida (Rokka: Braves of the Six Flowers, Wake Up, Girls!) is credited as production producer, and Yoshiaki Matsumoto (My Teen Romantic Comedy SNAFU, Gunslinger Girl) is credited as set producer.
Mili is performing the opening theme song "与我共鳴-NENTEN-," while siraph is performing the ending theme song "quiet squall."
Emon was established in October 2015 as the Japanese branch of Haoliners, an animation brand based in Shanghai and a subsidiary of Shanghai Haoliners Cultures Media Co., Ltd. Gonzo co-founder Shouji Murahama works as an operating officer at the company. The company is collaborating on a new anime withGeno Studio, Twin Engine's newly established company that is finishing Manglobe's Genocidal Organ film. Emon was involved in the production of last winter season's Reikenzan: Hoshikuzu-tachi no Utage anime. The company debuted the Hitori no Shita the outcast anime on July 9, and Crunchyroll is streaming the series as it airs in Japan. The company is also planning to debut The Silver Guardian (Gin no Guardian) anime, based on another Chinese web comic, in 2017.