All in One Topics International and National 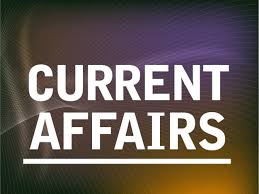 INTERNATIONAL
North Korea launches missile
North Korea launched a Missile on 4th July with Japan saying it appeared to have landed in the Japanese exclusive economic zone (EEZ). Official sources had succeeded in launching an intercontinental ballistic missile, something leader Kim Jong Un reportedly had claimed to be close to accomplishing. ICBMs have a minimum range of around 5,500 kilometers and are capable of carrying nuclear weapons. For its part, South Korea did not rule out the possibility of the missile being an ICBM

Mauritius signs tax pact to prevent treaty abuse
Mauritius has agreed multilateral instrument (ML)  designed to prevent Base Erosion and Profit Shifting (BEPS) by multinational enterprises This came nearly a month after 68 jurisdictions, including India, signed the Multilateral Convention to Implement Tax Treaty Related Measures to prevent Base Erosion and Profit Shifting (MLD Mauritius has kept its bilateral tax treaty with India outside the list of covered tax agreements. The Island nation notified 23 jurisdictions to which it wishes to apply the provisions of MLI. It has excluded 17 countries including India.
Iceland most peaceful nation in world
Iceland ranked first among the peaceful nations, in the ranks, India placed at 137. This is the eleventh edition of the Global Peace Index (GPI). The index is compiled every year by the Sydney think tank Institute for Economics and Peace. It has used 23 qualitative and quantitative indicators to measure the state of peace using three thematic domains: the level of Societal Safety and Security; the extent of Ongoing Domestic and International Conflict; and the degree of Militarisation.

NATIONAL
Launch of National Biopharma Mission
The first ever Industry-Academia mission to accelerate biopharmaceutical development in India was formally launched by the Cabinet Minister for Science and Technology, Earth Sciences, Environment, Forests and Climate Change, Dr. Harsh Vardhan in New Delhi on 30th June 2017. The program named Innovate in India (13) will witness an investment of USD 250 million with USD 125 million as a loan from world Bank and is anticipated to be a game changer for the Indian Biopharmaceutical industry. It aspires to create an enabling ecosystem to promote entrepreneurship and indigenous manufacturing in the sector.

BILATERAL
India, Israel ink 7 pacts
Indian Prime Minister Narendra Modi visited Israel, on 5th July, he is the first Prime Minister of India, to visit Israel. India and Israel signed 7 agreements to step up cooperation in key sectors like space agriculture and water conservation MoU signed between Department of Science & Technology and Israel's National Technological Innovation Authority for setting up of $40 million worth. Ministry of Drinking Water & Sanitation, and Israel's Ministry of National Infrastructure, Energy & Water Resources signed a pact on National Campaign for Water Conservation in India. In the farm sector, the two countries have agreed upon India-Israel development cooperation a three-year work programme in agriculture from 2018 to 2020. They also agreed for cooperation between the ISRO and the Israel Space Agency (SA) regarding cooperation in atomic clocks
ECONOMY
GST comes into effect
India switched to GST, on 1st July, and this is the single biggest tax reform undertaken by the country in 70 years of independence. The one national GST unifies the country's USD 2 trillion economy and 1.3 billion people into a common market, an exercise that took 17 tumultuous years. Goods and Services Tax, replaces all indirect taxes in India, and it gives the country one uniform tax, and no frequent rate changes.
13 cesses abolished
After launching Goods and Services as many as 13 cesses have ceased to exist with the rollout of the Goods and Services Tax (GST). The cesses that have been abolished from July 1 by the Taxation Laws (Amendment) Act include the Krishi Kalyan Cess and Swachh Bharat Cess that were levied along with service tax, as well as Education cess on excisable goods and also little known cesses such as those on tea, sugar and jute
Digital Payments rising in India: NITI Aayog
According to National Institution for Transforming India Principal Advisor RatanWatal, Digital Payments in India are rising. In 2016-17, 55% digital payments were increased The volume of overall digital payments recorded a compounded average annual growth rate of 28 per cent from 2011-12 to 2015-16
AWARDS
International Award for Assam Movie Assamese feature film "Xhoixoboite Dhemalite' (Rainbow Fields) has earned the Best Foreign Film Award at the Hollywood International Cine Fest 2017. Film is about children growing up in violence-hit places and witnessing brutality. The festival was held in Los Angeles from June 24-25. The movie was written and directed by Bidyut Kotoky.
SCIENCE AND TECHNOLOGY
QR-SAM test fired successfully
India on 3rd July successfully test-fired its indigenously developed quick reaction surface- to-air short range missile from a test range along the Odisha coast. It was the second developmental trial of the missile with an aerial target. The missile has been developed by the Defence Research and Development Organisation (DRDO) and other establishments The first test launch of the missile was conducted on June 4, 2017, from the same base
PERSONS IN NEWS
KK Venugopal: He is the new Attorney General of India. President Pranab Mukherjee has approved his appointment and formal orders are expected soon. Mr Venugopal, will succeed Mukul Rohatgi. Attorney General is first law officer of India, under Article 76 of Constitution of India.
Achal Kumar Jyothi: On 6th July, Achal Kumar took charge as the 21st Chief Election Commissioner of India. earlier he was the Chief Secretary of Gujarat. He took over as the head of the Election Commission after Nasim Zaidi who retired on 5th July.
Sanjay Kumar: Himachal Pradesh DGP Sanjay Kumar appointed as the new chief of the National Disaster Response Force (NDRF).


This post first appeared on Namaste Kadapa, please read the originial post: here
People also like
A Guide To Visiting Antigua, Guatemala: The Best 5 Things To Do And See
Jam.GG – Play Retro Games online with your mates

All in One Topics International and National