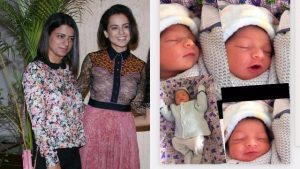 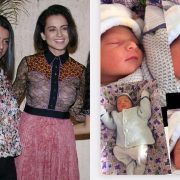 Its celebration time for the Ranaut family! Kangana Ranaut’s elder sister Rangoli Chandel has delivered a healthy baby boy. Rangoli, who is quite active on Twitter, took to the social networking site to share this good news.

How to be Happy and Positive All of t…
Willian reveals abuse he and his fami…
Hisashi Ouchi Suffered an 83-day Deat…
Travels through History – Northern Sp…
Jacky Reyes Is Missing; Please Help F…

Rangoli Chandel also revealed the name of her newly born baby boy. She wrote, “Dear friends meet our son Prithvi Raj Chandel,” alongside a picture of her with the baby boy.

In the other tweet, she has posted a collage of her baby’s pictures and captioned it as ‘My little munchkin’

Well, we wish to see another picture of the newborn baby with his aunt Kangana Ranaut. Earlier, Kangana had expressed her happiness of welcoming the new member to the family. She spoke about it only after her sister Rangoli had hit the headlines with her controversial tweets in support of the actress during the infamous ‘Kangana-Hrithik’ controversy.

Rangoli Chandel married to her childhood sweetheart Ajay Chandel in 2011, who is now a businessman. Past few months have been rough times for Kangana and her sister, this moment undoubtedly calls for huge celebrations.

Congratulations to the proud parents for their bundle of joy!