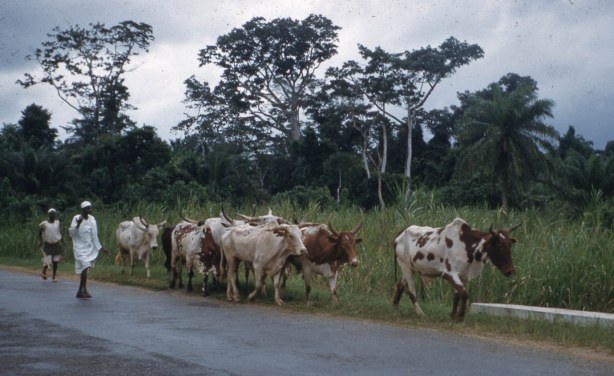 The the Sarkin Fulani of Lagos and Chairman, Association of Fulani Chiefs in the South West, Alhaji Mohammed Bambado said Fulani people should not be accused of killings in the country.
This came as pan-Yoruba socio-political organization, Afenifere and the Yoruba Council of Elders, YCE, Monday, lampooned National Leader of the All Progressives Congress, APC, Senator Bola Tinubu over his statement that herdsmen should not be stigmatized in the country.

A Comparison of the Environmental Imp…
The East winds of Digital Currency Ga…
A Wonderful Winter Ahead At One Snowm…
A Conversation with Interior Designer…
The Certified Gili Trawangan Hostel G…
Tinubu, while commiserating with Pa Reuben Fasoranti over the death of his daughter, Mrs. Funke Olakunri had said it was wrong to blame kidnappings and deaths on the herdsmen.
The remarks, however, elicited angry reactions from Afenifere and YCE who warned the former Lagos State governor not to water down seriousness of Fulani invasion in the South West.
Statement insensitive and inconsiderate --Afenifere
Afenifere, who reacted through its National Publicity Secretary, Yinka Odumakin said: "So we should start stigmatising the victims of their terrorism? That is a very insensitive and inconsiderate statement. It is more shocking that any rational being would go to the home of a 93-year old, who just lost a daughter to make such statement that amounts to dancing on the grave of the deceased. It is very convenient to play cheap politics and such up to terrorists with the death of other people's children. If the shoes were on his feet, would he be uttering such words? He should have kept quiet rather than making such reckless statements.
Don't water down seriousness of herdsmen invasion in S'West--YCE
Also castigating the APC leader, the YCE said Tinubu wanted to score cheap political points from the murder.
President of the council, Col. Dansaaki Agbede (retd) said: "Some politicians would want to justify and mystify their comments on the incident so as to water down the seriousness of the situation.
"In as much as he would not want to join issues with anyone of the sad loss of Pa Fasoranti's daughter, we have huge problems on our hands. These herdsmen are no ghosts. They live with their people who are domiciled here. We have to take urgent action to stop this type of killing. We don't need to wait until it degenerates.
"We must take this matter seriously so that our people can live in peace; else before we know it, it may be too late. We support the youths who crave for protection by the security agents."
Stop accusing us of killings--S'West Fulani leader
Meanwhile, the Sarkin Fulani of Lagos and Chairman, Association of Fulani Chiefs in the South West, Alhaji Mohammed Bambado said Fulani people should not be accused of killings in the country.
Alhaji Bambado, in a statement condoling with Pa Fasoranti over the murder of his daughter, described the killing as, "dastardly, tears inducing, unthinkable, condemnable and unacceptable."
He said: "Papa, I, on behalf of the entire Fulani community in the entire south-west of Nigeria share your grief and pray the almighty Allah to console you and rest the soul of the deceased."
While calling on the Federal Government to put all the security agencies on red alert with a view to stop the rampant killings all over the country, he warned strongly against politicising the security challenges in the country or "pointing accusing fingers at any of the ethic nationalities in the country."
He said: "Jumping into the conclusion that such undesirable act of killings come from a particular ethnic group even before the Police investigation would further polarise the country along ethnic groups would not do the country any good."
Source: AllAfrica
Peace Index ©2019